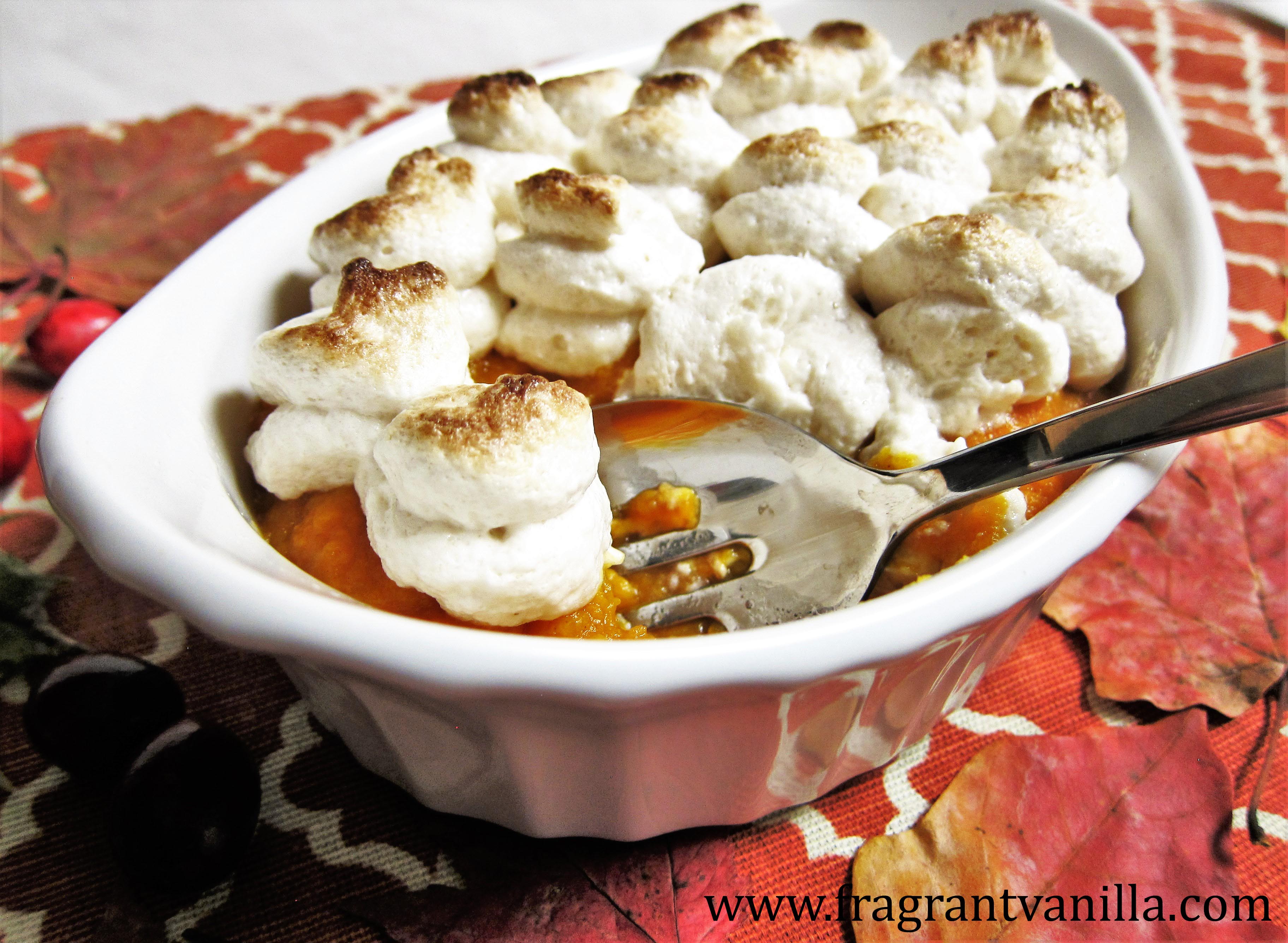 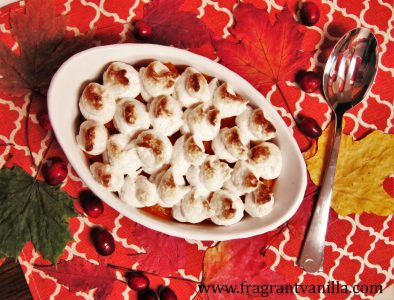 Like any mid-western cook, my Grandma would always serve a sweet potato casserole with Thanksgiving.  As much as I loved my Grandma's cooking, it was probably my least favorite thing and I politely would just take a small spoonful.  Now, I am sure some sweet potato casseroles are good, and they use real yams, but this one had the syrupy canned ones, loads of butter and brown sugar and was sickeningly sweet.  Now I know my Grandma had enough other dishes to make and it was a lot of work, so I don't blame her for using canned sweet potatoes.  Since this was the only type of sweet potatoes I had ever tried in my life, the canned ones on Thanksgiving, up until I was in college, I didn't really like sweet potatoes.  Then I found a recipe I wanted to try from a cookbook at the library, and it was a simple roasted mashed sweet potato with a dash of lime and sea salt.  It was so good I fell in love and I have been in love with them ever since.  In fact yams are almost a daily occurrence in my kitchen.  Yam fries and stuffed yams are my favorite. 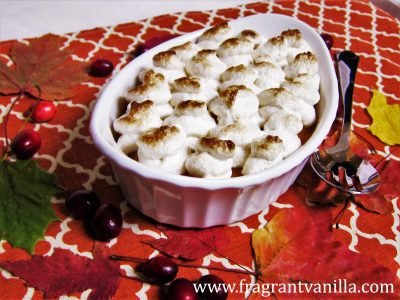 But...I have never really made my own vegan version of sweet potato casserole.  Even though I know I can adjust the levels of sweetness and whatnot to make it to my liking.  I guess I wasn't real big on the store bought mini marshmallows that topped the original one off either, but I saw a sweet potato casserole made on a cooking show recently that used a meringue instead of the potatoes and that sounded way better.  I had a vegan aquafaba meringue recipe that would be perfect!  And my Mom had recently asked me if I could make something like this, so it all worked out. 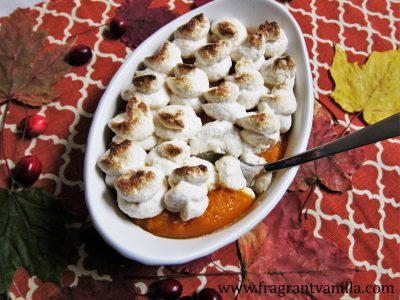 I roasted the sweet potatoes until they were all nice and flavorful, then mashed them with some maple syrup, spices, a dash of lime juice and sea salt and they tasted sooo good!  I made my aquafaba meringue marshmallows, and topped them off and it all smelled so good when it emerged from the oven!  OMG...it was so tasty!  Way better than the sweet potato casserole of my childhood.  If my Grandma were still alive today I think she would have loved and appreciated this if I brought it to Thanksgiving dinner (because now I would be bringing dishes and helping her since I cook now).  My family approved, and I think yours will too!  This is an indulgent dish because of course it is a little sweet, but it is actually low in fat and worth indulging in for a special occasion! Do you have any family classic Thanksgiving recipes that you have veganized? 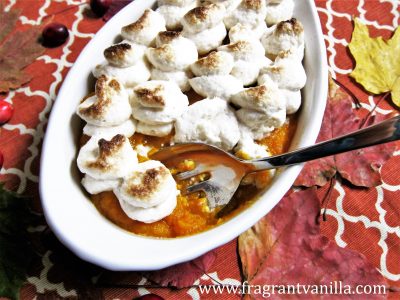