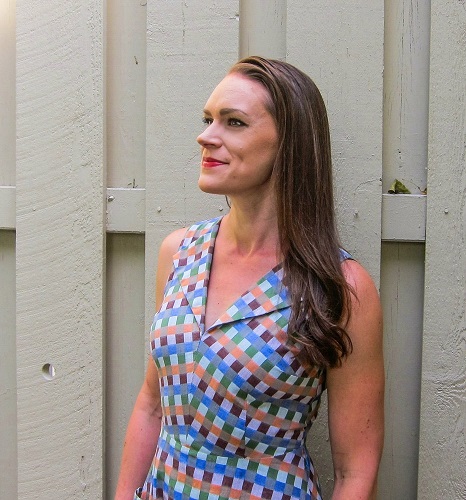 I was first exposed to cooking and baking when I was a small child in my grandmother's kitchen. I always wanted to help and get in on the action...especially when cookies were involved! After a while though I didn't cook a thing until my high school foods class. At that point my interest in cooking was sparked again, and I would often cook meals at home for me and my Mom. I wasn't very adventurous in my cooking at that point however, merely following recipes. I graduated from Bethel University with a degree in studio art, but now my real passion is food. I have always been a creative person, but it wasn't until my freshmen year at college that I began experimenting with cooking and venturing outside the box, creating my own recipes. I should have gone to culinary school, but I chose art instead, and even in my later art work in college you could tell what my true passion really was. For my senior art show, I did a series of artwork using cookie dough to create sculpture...that way I could get the best of both worlds through art and cooking which I feel go hand in hand anyhow.

After I graduated college I continued with my job at a local natural foods store deli, where I worked for 16 years. I believe that good food is important, and organic and local food are always included in my menus. I was a vegetarian for 9 years beginning in 2003, then decided to become a vegan in 2012. I enjoy desserts the most, where I can unleash my artistic side through decorating them, but my diet actually consists mainly of veggies with the occasional indulgence (despite this being a dessert blog, hey, in everything moderation, and you cannot deprive yourself). Some of my recipes are raw, because I ate a completely raw plant based diet for 2 years, but them began to add in cooked foods. now I find that a balance of the two is best. I find I feel my best when eating this way, and I think it is important to listen to your own body and what it needs.  If you would like to know more about the way my diet has evolved, you can read THIS POST.  Another reason why I am vegan is I can not stand the idea of eating animals.  They deserve to be treated with respect and love too. I can not stand the idea of knowing that another being had to die in order for me to enjoy my meal.  It is not hard to find things I like even better than meat and I know the animals will thank me for it.

One of the reasons why I believe that eating well, and including wholesome and organic foods in my diet is important is that I am a runner. I have been since I was 14. I used to compete at a high level, I was All American in Cross Country in college, and I held several age records for Minnesota in the 5k, 8k, and 10k. I used to compete in over 20 road and cross country races throughout the year. So, being runner, I need the right fuel to run!  Although I took 4 years off from competing and just started again back in 2015, I have maintained running the entire time for the pure joy of it.  So I am always looking for ways to feel better through proper nutrition. There is nothing more energizing to me than to be able to get out and run in the morning.
As far as what I make on the blog goes, I believe in using local organic fresh food whenever possible in order to create food that tastes the best as well as nourishes. Through this blog I am able to experiment with vegan recipes for desserts (mostly) as well as a few savory things.  I believe that recipes are meant to be shared with others! This is why I have chosen to create a blog to share with you all, hopefully bringing some enjoyment to your experiences with healthy food!
(Visited 2,939 times, 1 visits today)