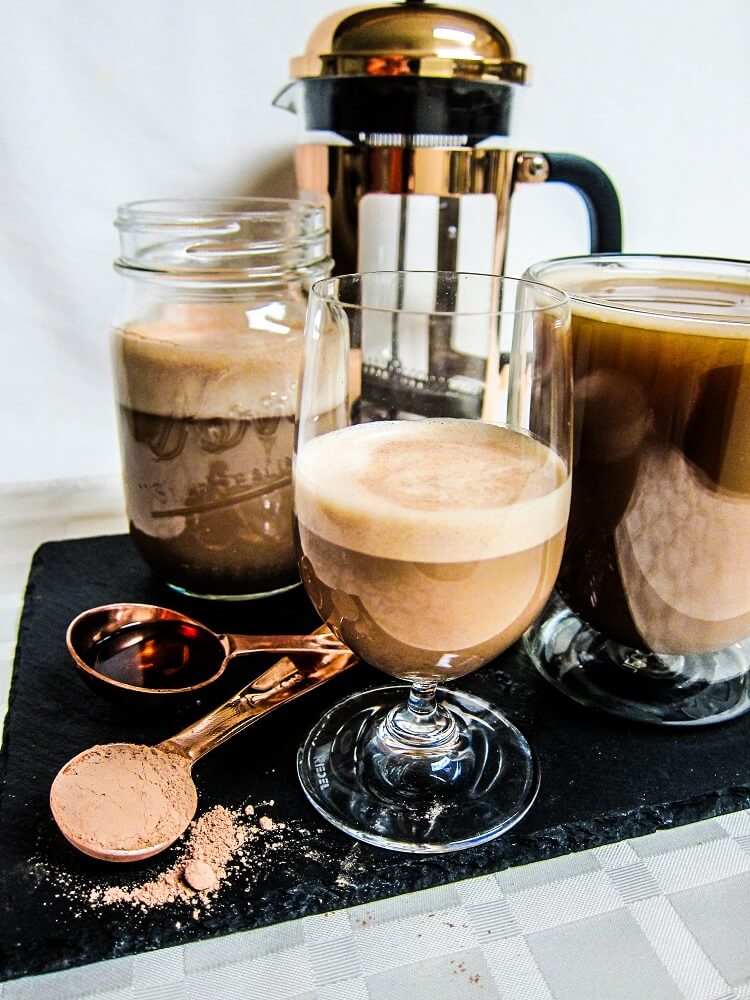 When I was in my early twenties, one of my favorite alcoholic things to drink was Bailey's Irish Cream. I mean, what's not to like about it if you are into sweet drinks? It basically tastes like really good melted ice cream with a hint of coffee and chocolate plus of course the burn of Irish whisky. Speaking of ice cream, it was amazing over ice cream as well. I wasn't very adventurous in my alcoholic beverages at that point and I hated beer back then, so that is what I would buy a lot. But then after I started caring about the amount of sugar and processed ingredients in things, I stopped drinking it and went for the healthier choices like wine.

I noticed that they came out with a vegan version of Bailey's though, and I thought to myself, I should try making my own vegan version without a bunch of refined sugar in it. So I went for it! It was super easy to make, and I already had all of the ingredients on hand sans the whisky, but that was easy enough to pick up.

I wanted this to have a creamy base, but not be super thick. I thought about using coconut milk, but that can get clumpy and separate in the refrigerator and be hard to re-mix by shaking so I went for some extra creamy oat milk instead. I have it on hand for lattes, and it worked perfect! It was neutral enough that it tasted like I had used actual heavy cream in it. Where as sometimes coconut milk has a coconut flavor.

I also added some maple syrup, instead of refined sugar, and a hint of cacao powder, vanilla and coffee, as Bailey's has just a touch of those flavors. Once I added the whiskey, it tasted just like Bailey's! I seriously haven't had any in about 10 years, and it was soooo good! If you were ever a Bailey's fan at all, you must try this! Especially since St. Patrick's Day is coming up!