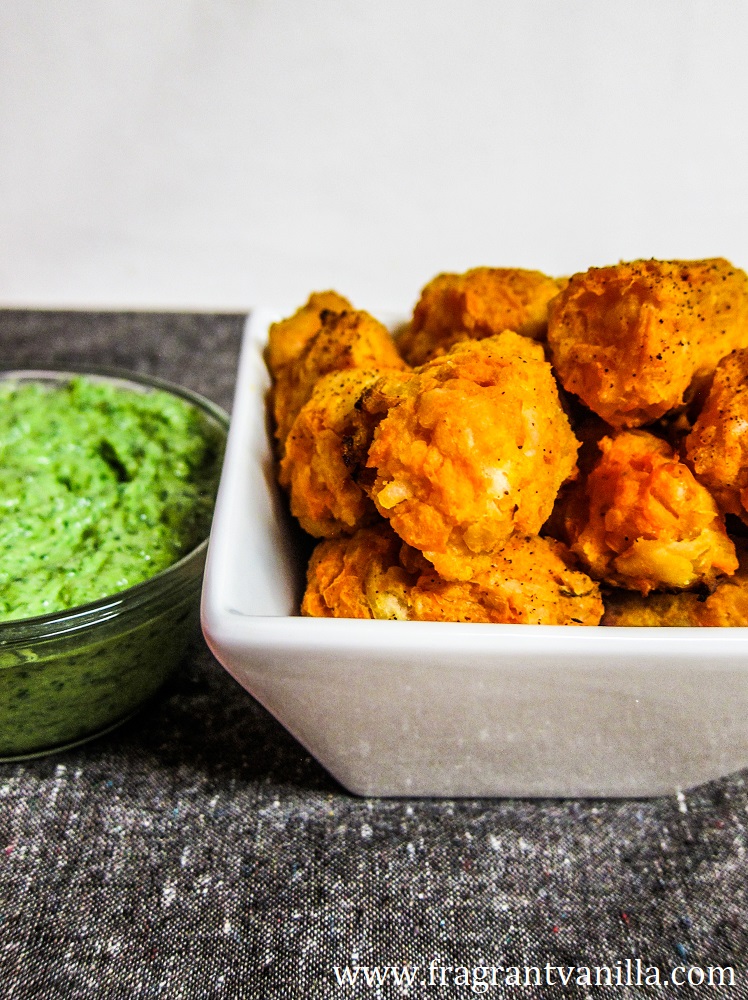 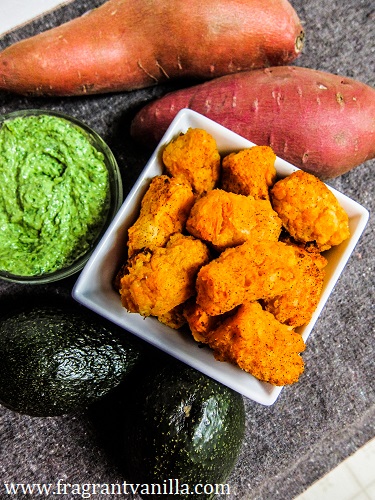 Minnesotans love their tater tots.  I mean, we have a whole hot dish featuring them and named after them.  So, why didn't I love them as a child like everyone else?  I don't know.  Maybe because they were always served in school lunches, and the first time I tried them they were soaked in the jello that was next to it, and I had kind of an aversion to them after that. Or because I liked mashed potatoes more, because that was what my family served.  My Mom never made tater tots.  But you know what?  As an adult one day I decided to make my own.  After all, they are just little mini hash browns sort of.  So, I made my own at home, and I ended up loving them.  Either they were way better than the ones I used to eat as a kid, or my tastes had changed.  Now I love the crunchy salty little morsels.  I have since made them many times at home, and even a tater tot hot dish vegan style.  I like to experiment with adding different other veggies to them too besides potatoes.  The latest of which was sweet potatoes.  I know, still sort of potatoes, but totally different flavor.

Sweet potatoes are a diet staple for me, I eat them at least 5 times a week, sometimes more. I can't help it, they are just so good stuffed, or cut into fries.  I had to find out if sweet potato tots were as good as regular tater tots.  So, I cooked some up a few nights back.  I actually used a mixture of sweet potatoes and regular potatoes because they need the starch of the regular but the flavor that came through was all sweet potato.  I wanted to add a bit of spiciness to them too, so I added some chipotle powder.  They turned out super delicious just like that, but when you have something spicy, you need a little something cooling to serve it with.  Plus tater tots are made for dipping.  Usually in ketchup but ketchup isn't cooling, so I made a cilantro avocado sauce.

Super simple, just buzz all of the ingredients for the sauce in the food processor while you are waiting for the tots to bake and you are all set!  These are so good I could eat the whole recipe.  But I decided to share some this time.  If you eat all of them yourself though, I totally won't judge.  Next time you have a hankering for tater tots, give these a try.  Or, maybe for the Superbowl in a month you need a snack to serve to your friends.  I think these would be great for that! 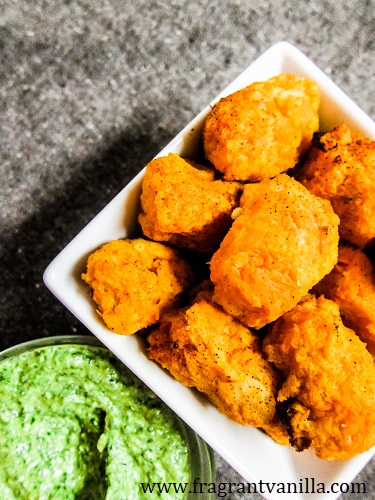