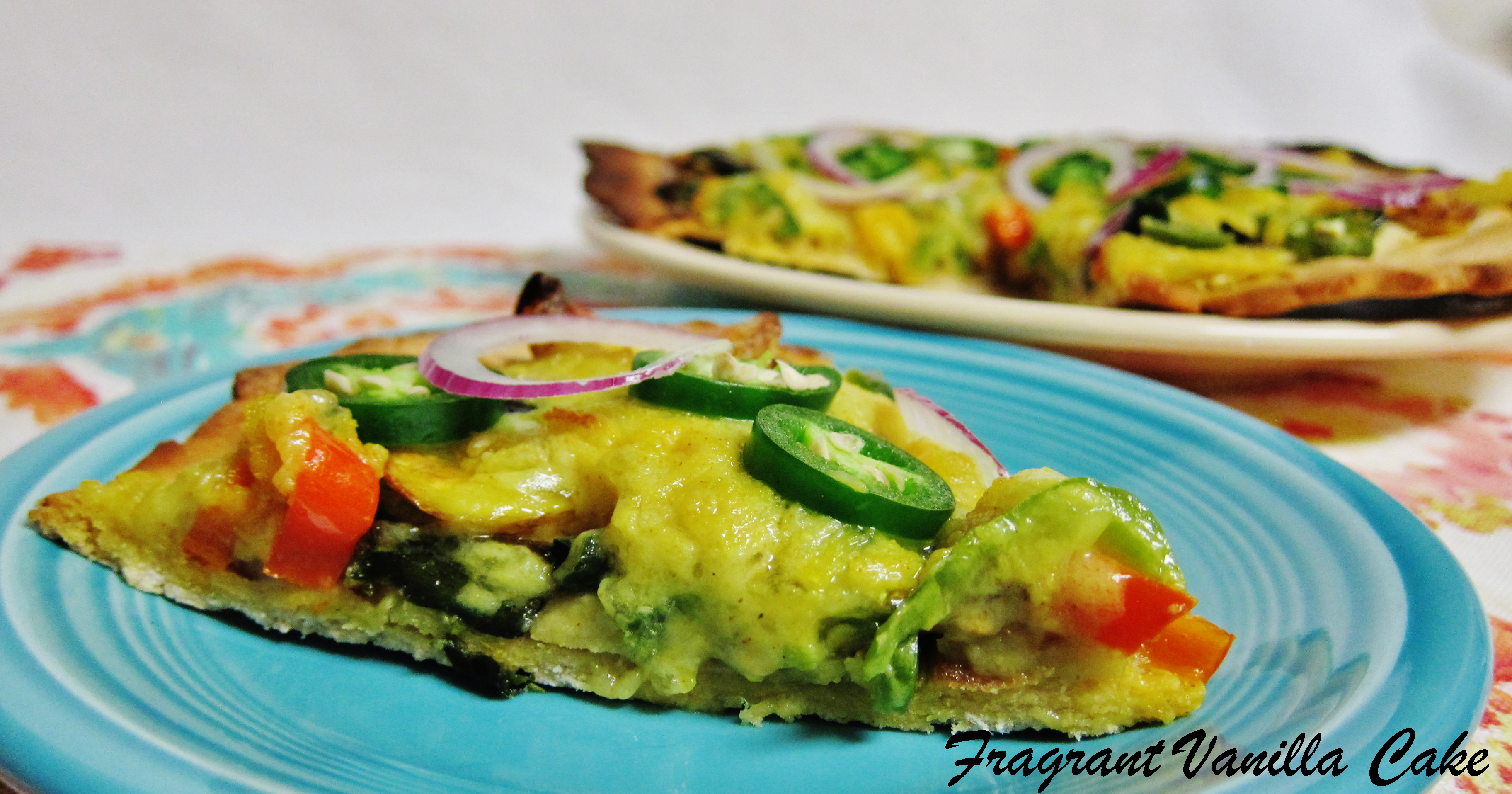 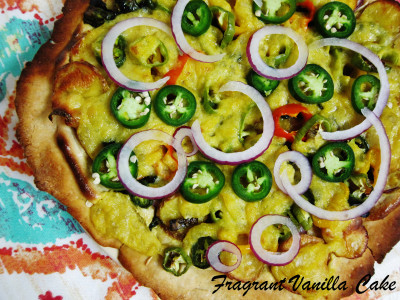 I saw a jalapeno popper pizza on a menu, and I decided that I needed to veganize it, or at least make something similar.  I knew I wanted it to have cheese and jalapenos of course, but it ended up being a bit more than just that, because I am a huge fan of piling veggies on pizza.  So, I decided to include roasted potatoes as well to make it more substantial, and since I have always wanted to try potatoes on pizza.  Eric was all for it, since he loves spicy things just as much as I do if not more. 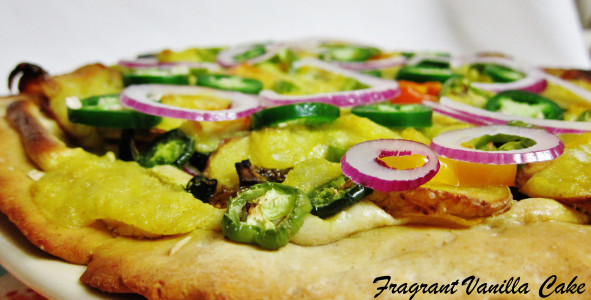 I made my usual gluten free crust, because I prefer to have a blank palette for that and leave all of the flavor to the toppings.  I next topped that off with a vegan "cream cheese" because if this was sort of like jalapeno popper pizza it needed that. Plus it was way more delicious than a red sauce in my opinion. I piled on the jalapenos, some roasted poblanos and sweet red peppers, and of course the roasted potatoes, and lastly some vegan cheddar cheese to melt over it all. 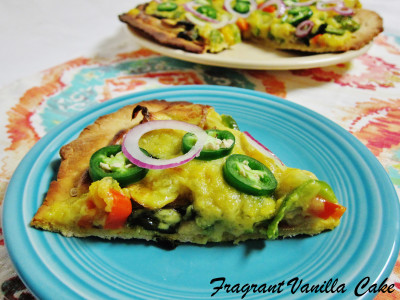 No, this is not a diet pizza...so before anyone says it, I just did.  We all need to indulge once in a while and have a treat.  OMG was this pizza good.  And spicy.  Not for those who can't handle heat, but if you love jalapeno poppers and french fries, this tasted like that.  I honestly never miss regular pizza with dairy cheese on it thanks to creations like this! 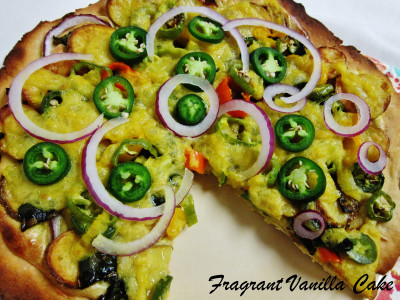 To make the cheese, heat the coconut milk in a saucepan with the garlic, turmeric, until it comes to a simmer.

Cream Cheese:
To make the cream cheese, combine all ingredients in a blender until smooth.  Set aside.

Pre-heat the oven to 400F degrees.  Toss the potatoes and peppers with the olive oil and spread out on an oiled sheet pan. Place in the oven and roast for about 30 minutes.  Remove from the oven.

Set a pan on the center rack with an upside down sheet pan, or a pizza stone set on it. Brush the crust with olive oil, sprinkle with sea salt, and slide the parchment with the crust on it onto the stone.

Bake crust for 10 minutes, then remove the crust from the oven (still on the parchment). Top the crust with the cream cheese spreading around evenly. Then the potaotes and poblanos, onions, mini peppers, jalapenos, then the cheddar cheese, making sure it is all evenly distributed.