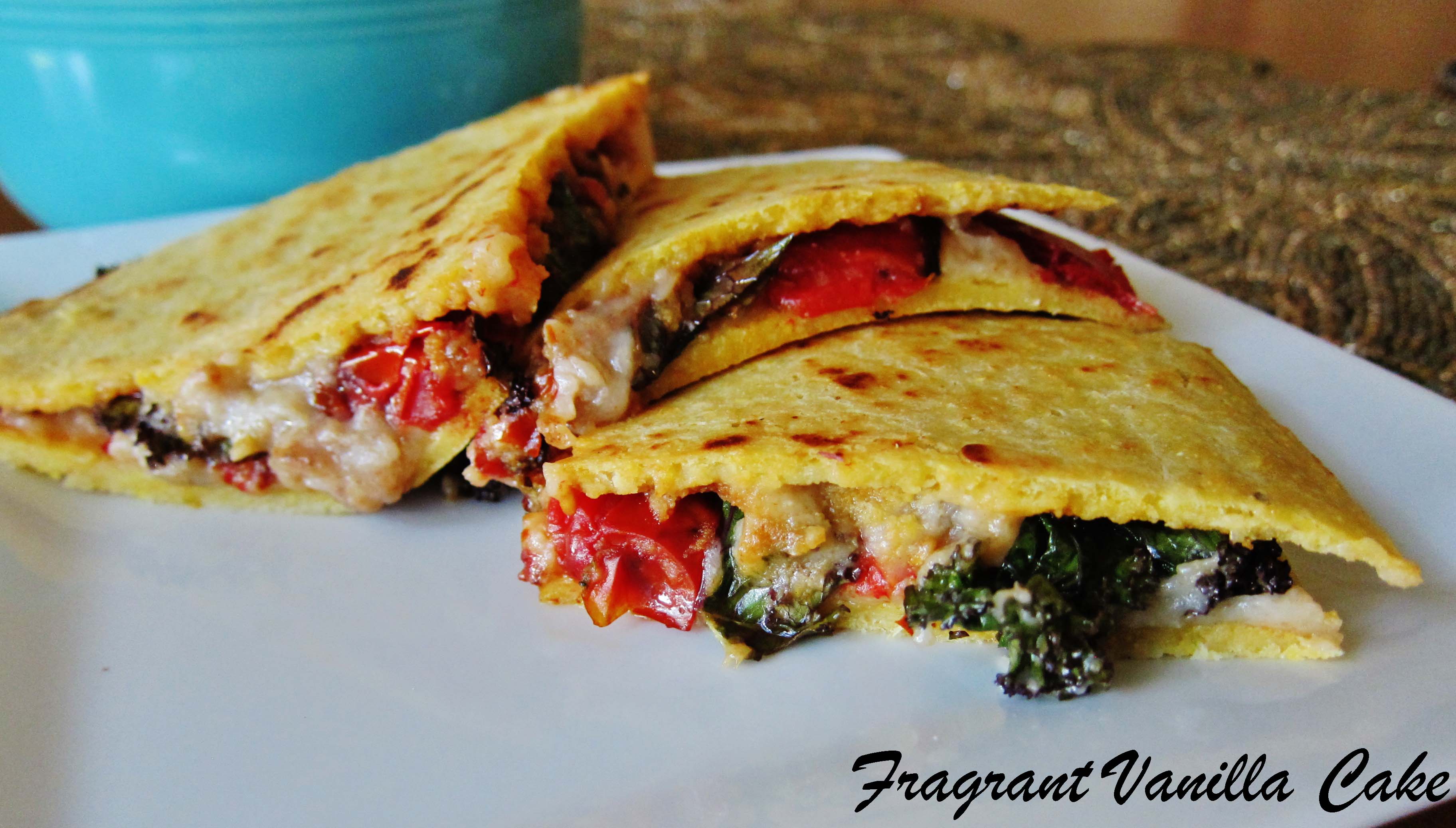 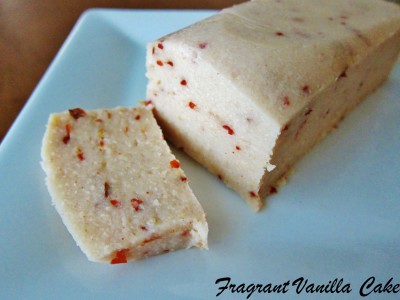 I used  to be a huge cheese lover.  My favorite sandwich (and all I would order in a restaurant for years) was always good old grilled cheese.  But I would never say no to a quesadilla.  To me, it was just good old grilled cheese with tortillas.  It was actually the first thing I ever "cooked" on my own too in middle school.  I decided last week that I wanted some quesadillas.  I have not had any in years, and I dislike most of the vegan melty cheeses in the stores and that was why I had not made any since I went vegan.  But, now that I know how to make my own, I had to make quesadillas.  I decided to make some vegan pepperjack cheese because I wanted something with a kick.  I included both chipotle powder and red pepper flakes to give it just the right amount. And, guess what?  It is nut free.  Don't get me wrong, I love nuts, but I know they do not agree with everyone. 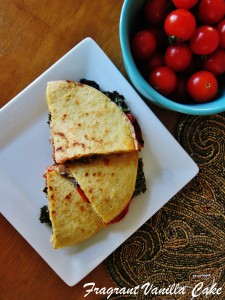 For the quesadillas, I was going to make something a little more traditional, but then I decided that I wanted to just use what I had and not buy extra ingredients so these were a little bit unusual. First off, I did not have tortillas so I made sort of quasi tortillas that were cooked like crepes with chickpea flour and cornmeal. But they were delicious and they gave me a little boost of extra protein.  I actually liked them way better than flour tortillas. 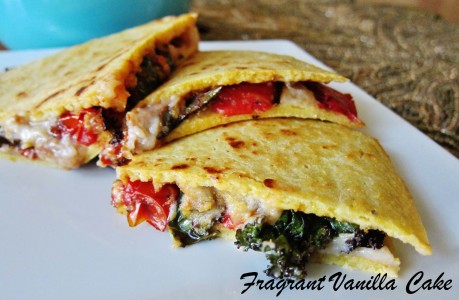 For the filling, I had fresh tomatoes from my Grandpa's garden, which I roasted to bring out the flavor and some sautéed local kale from my CSA box.  Once they were all assembled and the cheese was melted to gooey deliciousness they were amazing.  I never thought I could have melty cheese again when I went vegan. I am glad I was wrong.  I shared these with Eric because he loves this sort of thing.  Even though he always gives me crap about my Mexican food not being authentic (he is from Arizona).  But...I never said these were Mexican! 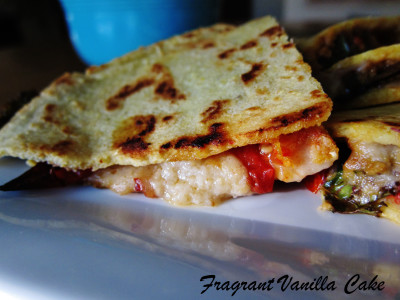 To make the pepperjack cheese, heat the coconut milk, garlic, chipotle and red pepper flakes in a saucepan, until it comes to a simmer.

Turn off the heat and add the arrowroot mixture, guar gum and coconut oil. Whisk for about 30 seconds, then pour into a silicone mold (I used a loaf pan, but if you had another shape you would like to use go ahead). Refrigerate for a few hours until firm, then pop out of the mold. You will need half the cheese for this recipe, reserve the other half for another use in the fridge, wrapped in an airtight container.  Shred the half you will be using into a bowl, and keep in the refrigerator until ready to use. You will be shredding it for the quesadilla recipe, and you will need 1 cup.  Save the rest for another use.

To prepare the vegetables, spread out the tomatoes on a sheet pan, drizzle with olive oil and roast in the oven at 400F degrees for about 20-30 minutes until soft, and starting to brown.  Season with a little sea salt. Let cool.

For the kale, add a little olive oil to a pan, then cook over medium heat until the kale has wilted.  Season with a little sea salt.

To assemble the quesadillas, lay out two of the tortillas*, then top each with the tomatoes and kale, then each about 1/2 cup shredded pepperjack cheese.  Place another tortilla on top of each.  You can cook them two ways.  First, you may cook them in the skillet.  Just heat a little olive oil, then cook on one side for about 4 minutes, then flip over and cook 4 minutes more or until the cheese is melted (you can cover it with a pan even when turned off to melt the cheese). Or, you may cook them in the oven the non-traditional way, and just set them on a sheet pan in a 350F degree oven and allow the cheese to melt.  Either way, cut each into 4 wedges, and serve!