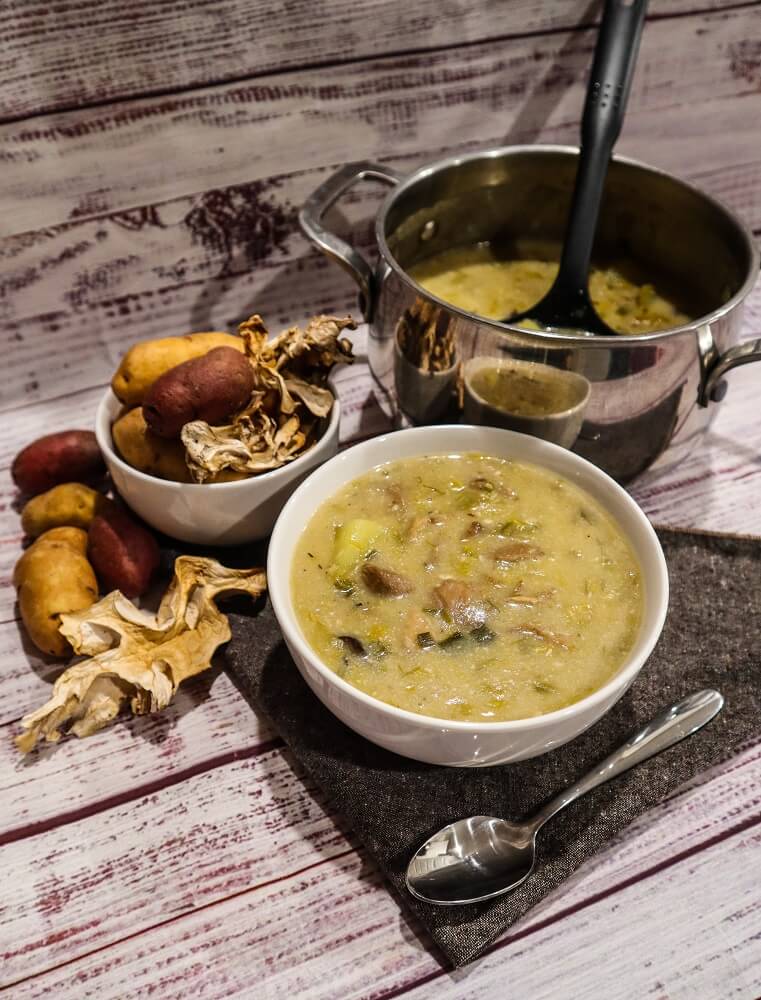 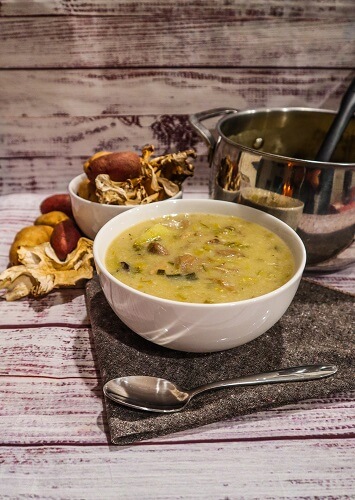 Wild mushroom foraging season is now over in the upper midwest, but a few weeks back while we were on our honeymoon to the upper peninsula of Michigan it was a great time to go foraging for mushrooms! I honestly have never seen so many varieties of wild mushrooms in my life at one time.  We live in Minnesota and there are plenty here, but while we were hiking there it seemed like the perfect mushroom growing conditions because it had just rained a lot and was fairly warm so they were popping up all over. Eric’s Dad, who lives in Michigan took us mushroom hunting to the places he typically goes to pick them and we found a good haul. 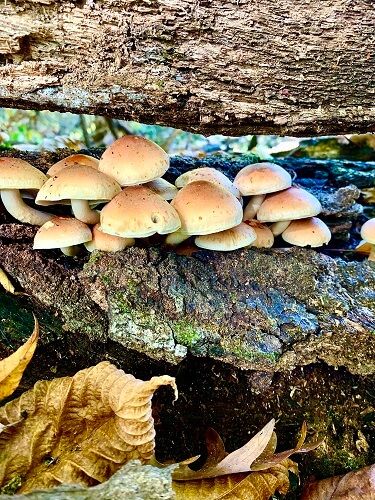 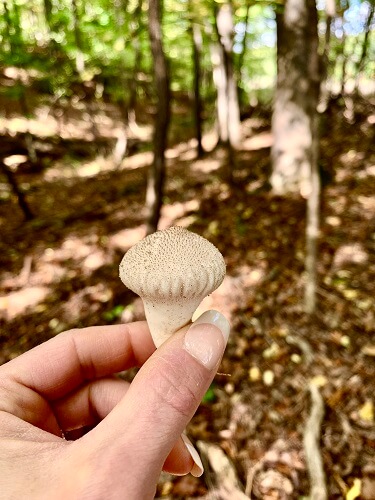 I hadn’t previously done anything like this before and although I can recognize some mushrooms as edible (like oyster, puffball and chicken of the woods) I didn’t really want to pick them and bring them home without a guide who could verify them as edible since some mushrooms look alike and some have to be picked at a certain point to be edible.  Also you wouldn’t want to end up with something poison.  So if you are going to go mushroom hunting, bring someone who knows for sure what they are!  But I highly recommend it, it is so satisfying to pick your own and enjoy them later! 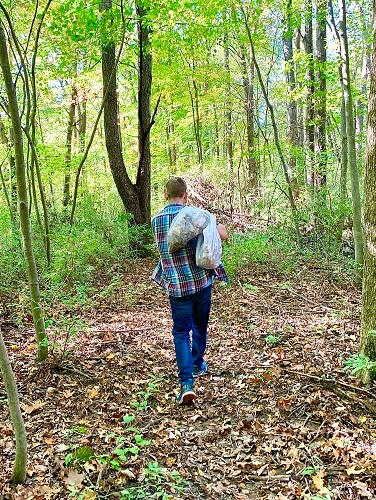 Our stash included 3 large hen of the woods mushrooms, oyster mushrooms, gem-studded puffballs and bricktop mushrooms. We took the hen of the woods and dried them for later use, and vacuum packed  the rest to freeze and use later.  If you can’t go mushroom hunting it seems like you can get a pretty good variety at a lot of farmer’s markets lately from growers at least where I live in Minnesota. So not to worry if you want to make a dish like this Creamy Vegan Wild Mushroom Soup I am going to share the recipe for! 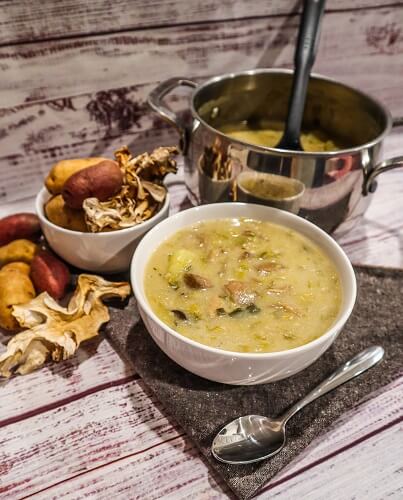 A couple weeks after we got back, I finally got around to making something with the mushrooms.  I wanted them to be the star, so I thought a creamy soup would be perfect!  People use a lot of cream of mushroom soup here in Minnesota for casseroles and whatnot and I have always liked it but to be honest, home made mushroom soup is best!  This one is substantial enough to be a meal alongside some crusty bread, which is what I served it with! 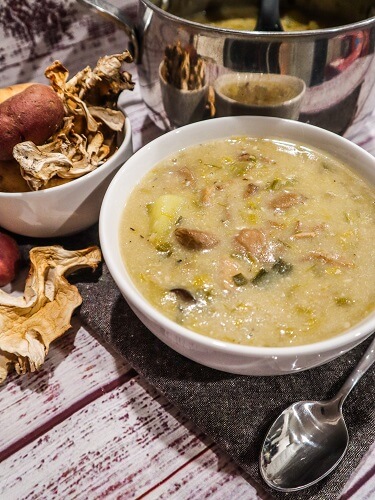 First, I sauteed some leeks, onions and garlic for the base, then added the mushrooms, stock, some thyme to make It savory (I love thyme and mushrooms together), and it made a lovely flavorful stock!  To make it substantial, I added potatoes, and of course the creamy elements, which were coconut milk, and cashew butter.  To give it a more savory flavor I added some nutritional yeast and miso.  The broth was soooo good and so flavorful!  I loved how it turned out, and me and Eric both ate large bowls of it, and there were no leftovers for the next day.  If you are a mushroom lover, give this Creamy Vegan Mushroom Soup a try! 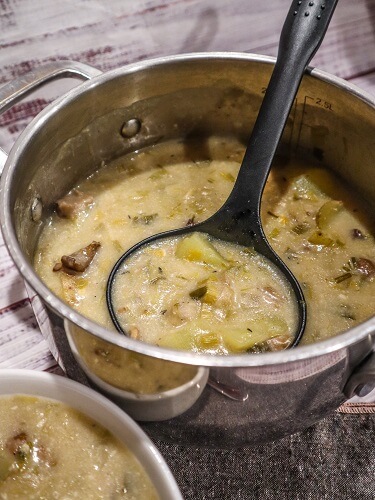