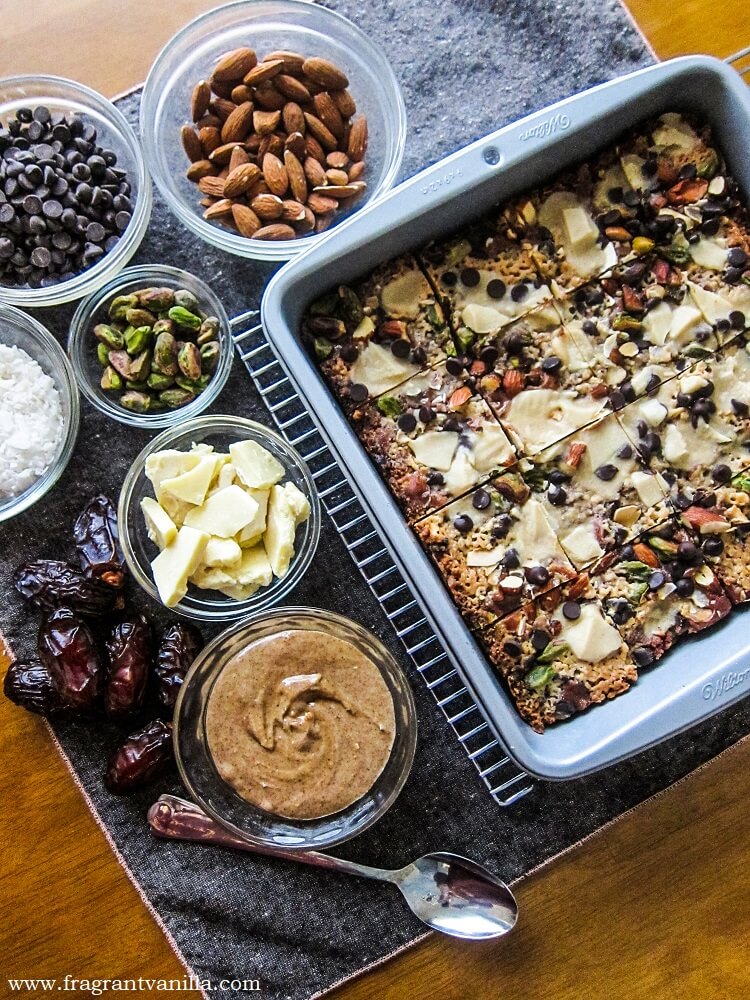 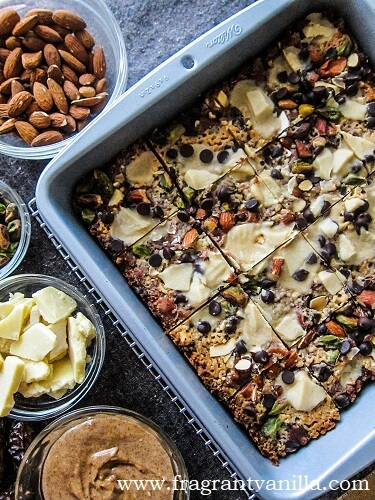 Magic cookie bars, seven layer bars, five layer bars 8 layer bars.  They are all similar, and I loved them all growing up because they were all delicious.  If you aren't sure what I am talking about, they are typically made with a graham cracker crust topped off with coconut flakes, chocolate chips, peanut butter chips (or butterscotch chips, I have seen both), white chocolate chips, walnuts and sweetened condensed milk.  It is then baked to perfection until all bubbly and cooled until it is all set.  My Mom calls them candy bars, but there is no denying that they are delicious.  They are pretty much a staple at any potluck or picnic in Minnesota (and probably other states in the US too).  A while back I made a raw version, but my Mom recently asked me if I could make a baked version more similar to the original bars. 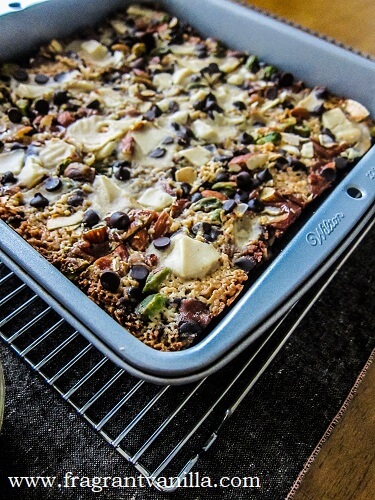 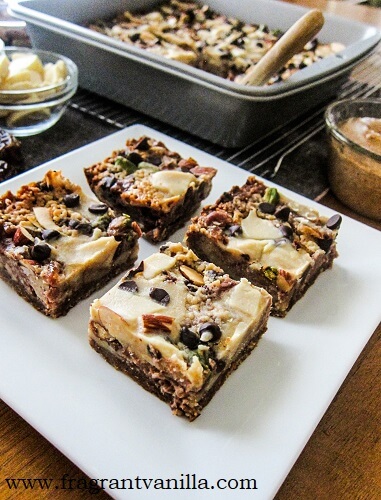 Of course I was game!  I loved those bars growing up, and I knew I could create something just as delicious.  I decided to make the 8 layer version, but tweak it slightly with what I had on hand, and what I wanted in it.  For the crust, instead of using store bought graham crackers, I made my own.  Because I am not a store bought graham cracker person.  I made an almond butter cookie crust instead and it was delicious with all of the toppings.  For a vegan replacement for the sweetened condensed milk, I blended up coconut milk with medjool dates to create a caramel flavored gooey mixture that was even better than sweetened condensed milk if you ask me.  For the add ins I chose coconut flakes, peanut butter white chocolate chunks, white chocolate chunks, dark chocolate chips, almonds and pistachios.  I made the white chocolate and peanut butter white chocolate, because I love my home made versions and I didn't want to have to buy it.  I had to make the bars slightly different than the original version, layering the ingredients and milk because it is slightly less runny and my white chocolate chips melt, but the end result was the same as the old style ones. 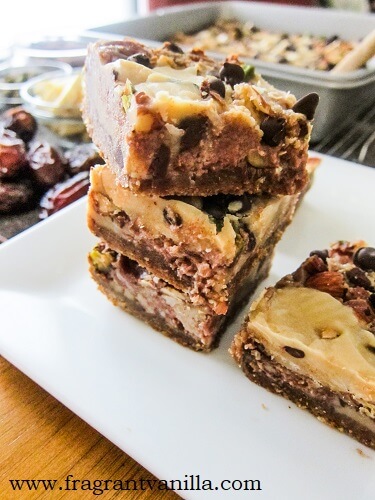 They smelled amazing while baking, like a candy factory.  That is part of what I love about baking, all of the heavenly aromas!  They had to chill overnight, but it was well worth the wait to taste them.  They were sweet and delicious like the original version, but not just sugary, packed with the flavors of caramel, the chocolates, and crunchy nuts.  They were heavenly!  If you were ever a fan of these type of bars, give them a try!  It is a little more work making your own chocolate and all, but so worth it.  I made mine a day ahead so that I had it on hand.  I hope you all have a wonderful week! 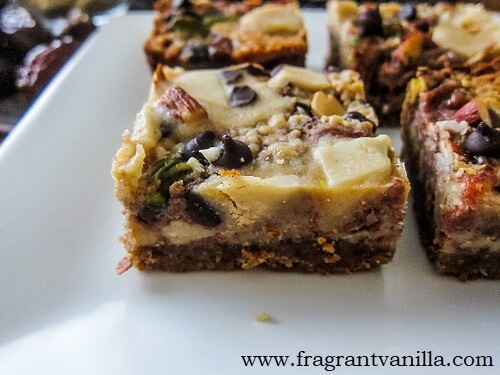 *If you don't prefer to make your own vegan peanut butter white chocolate, you can find some HERE.

*If you don't prefer to make your own vegan white chocolate you can find some HERE.