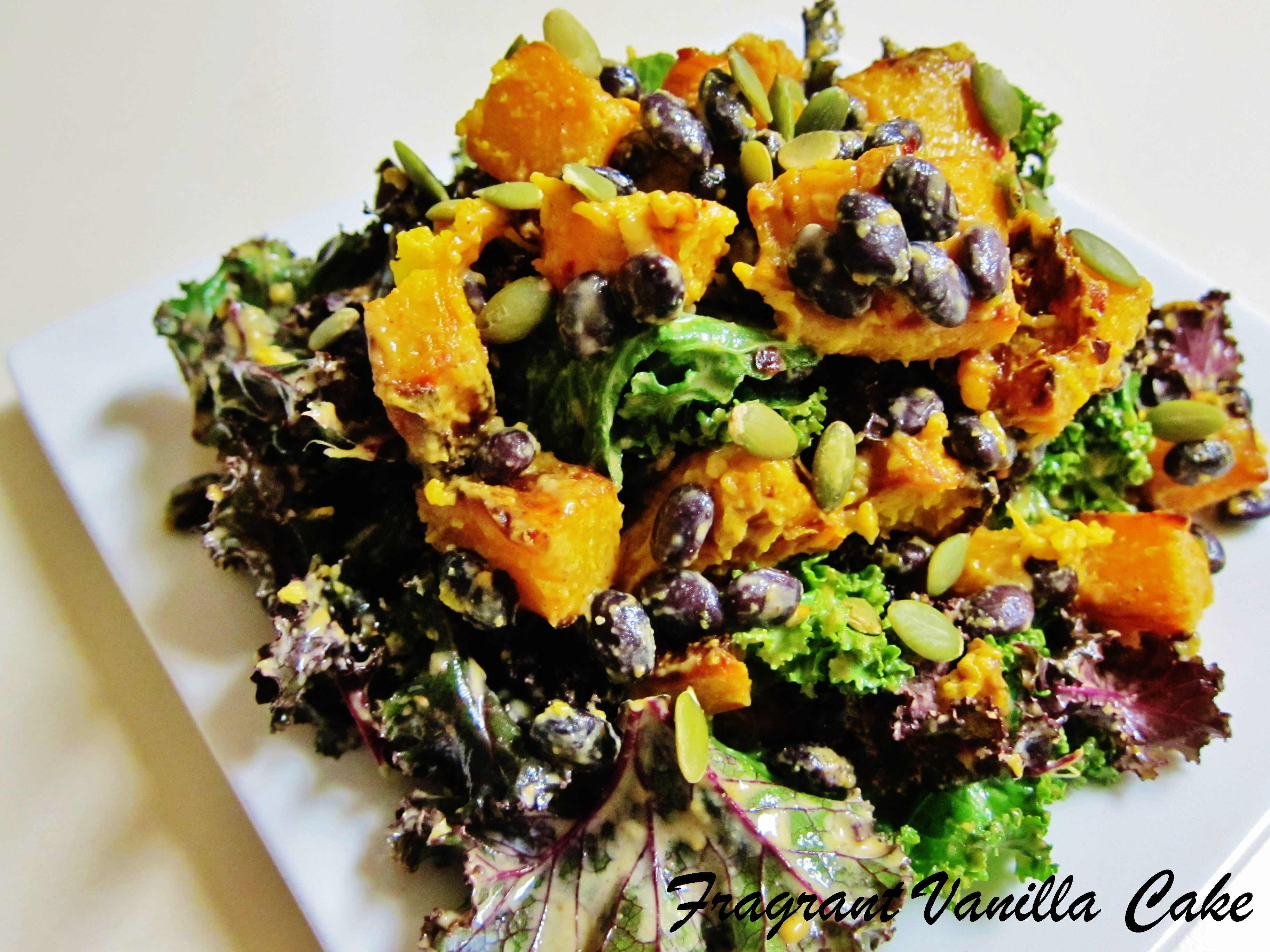 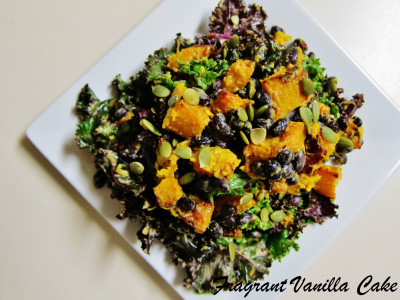 When I was out for my run this morning, I noticed a few people have set out pumpkins on their steps as decoration.  Not surprising, official pumpkin season is officially here!  I even got one in my CSA box this time.  Although it was pretty, and I thought I might want to just display it, I decided to eat it instead.  That is so me.  Nothing is ever too pretty to eat if it is tasty and edible.  I decided to roast the pumpkin into little cubes of deliciousness, and combine them with black beans and kale in a salad. 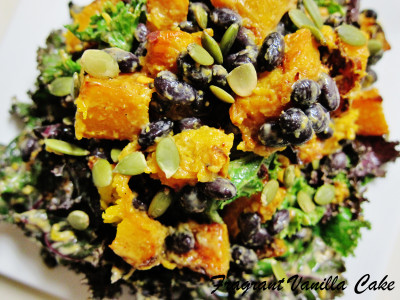 This became dinner for me and Eric.  I tossed it all in a groundnut dressing.  If I am confusing you by saying groundnut, it is the same as peanut.  I used to make this really good groundnut spiced stew with garam masala (an indian spice blend) that was so good, I drew inspiration from it for this salad.  I knew the pumpkin, black beans and kale would be perfect with the dressing.  The roasting of the pumpkin is really the only thing about this recipe that takes a little time, the rest comes together in a breeze if you have cooked beans on hand already. 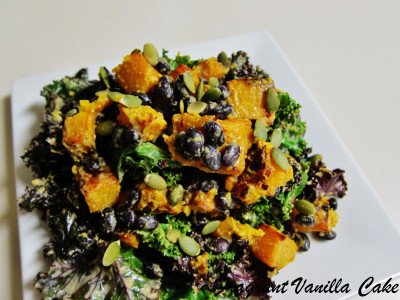 To prepare the pumpkin, pre heat the oven to 400F degrees, and oil a sheet pan.  Toss the pumpkin with just enough oil to coat and spread out on the pan.  Sprinkle with sea salt. Roast until the pumpkin is tender and starting to brown at the edges, about 30-45 minutes.  Let cool until just warm.

Place the kale, beans,  seeds, and pumpkin in a large bowl.