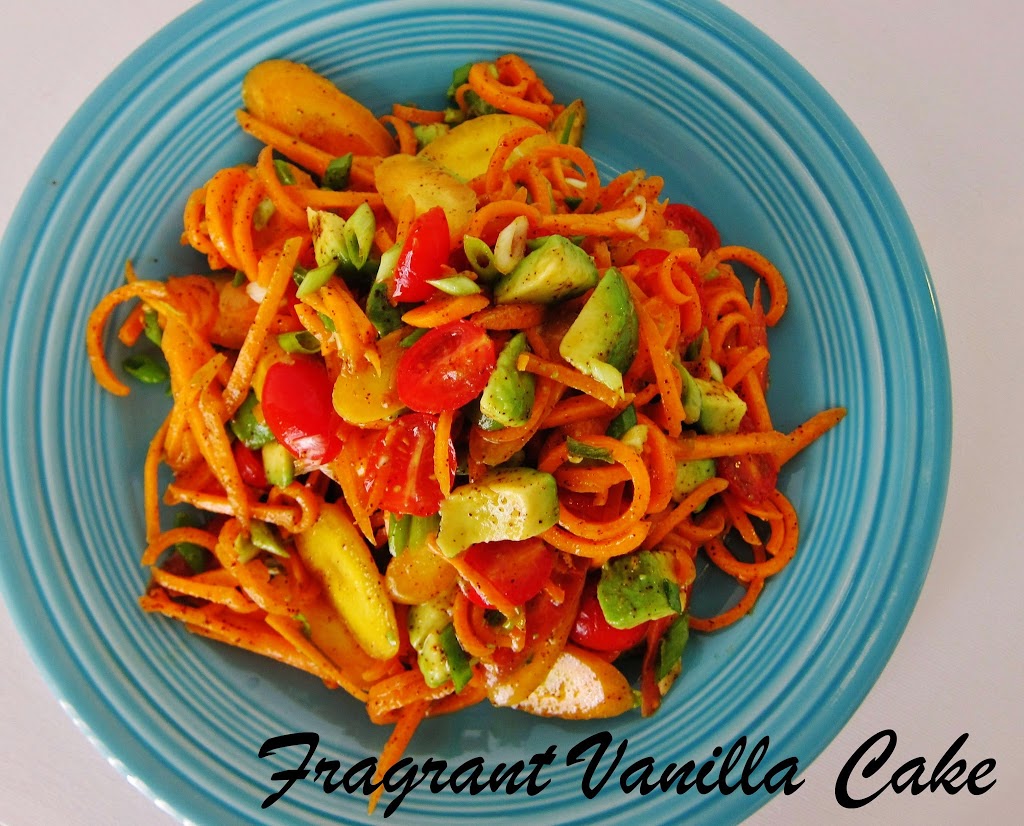 I was so excited when I found a bunch of rainbow carrots at the store!  I had to buy them and make something fun. First, I wanted to make a pasta with them, but then some of them were a little too skinny to use in my sprializer.  So...spiralized some.  Then I julienned a few, and realized that they had a pretty pattern in the center so I decided to slice some.  So I ended up with a bowl of what looked like party decorations.  I decided to combine it with southwest ingredients that I had on hand, avocado, tomatoes, and green onions, then toss it in a chili lime vinaigrette. 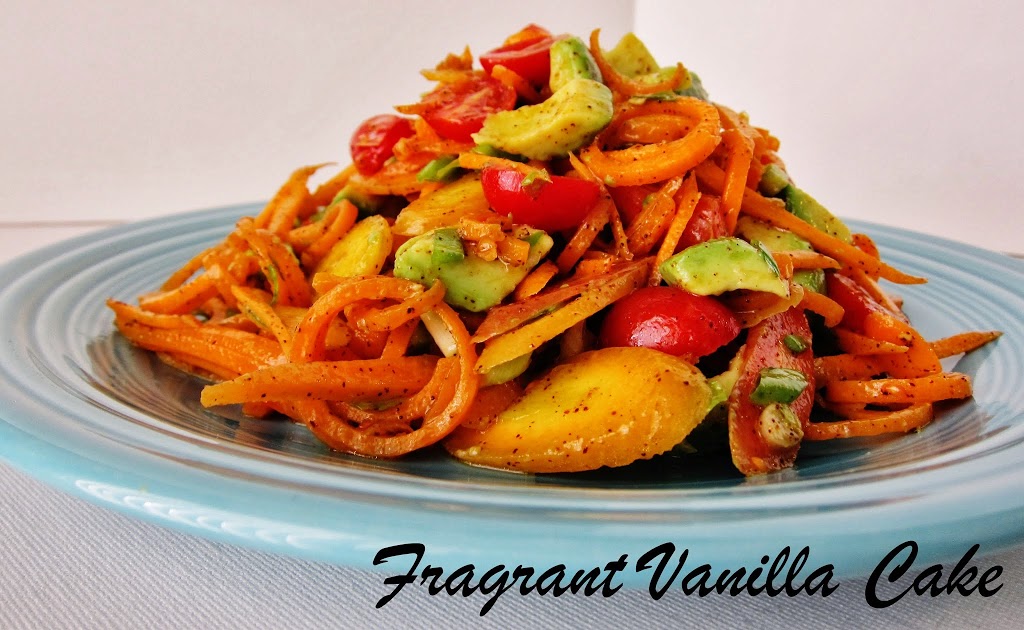 It was like a fiesta in my mouth, and it looked like one, so I thought it deserved to be named Fiesta Carrot Salad. It was so refreshing and packed with flavor, I glad I hadn't ended up with a bowl full of carrot noodles, because I think I would have gone another direction with flavors on this.  Sometimes not knowing what you are doing when you start making something leads to the best meals! 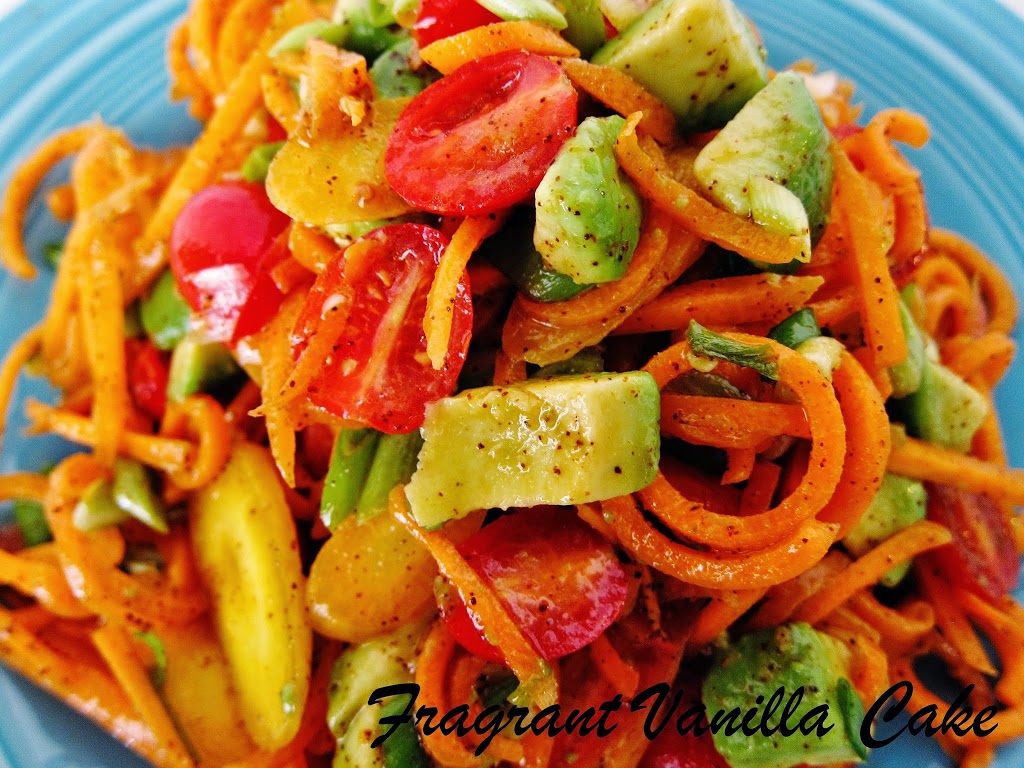 Whisk together all the dressing ingredients.  Place all the veggies in a big bowl, and toss with the dressing.  Serve at room temperature. 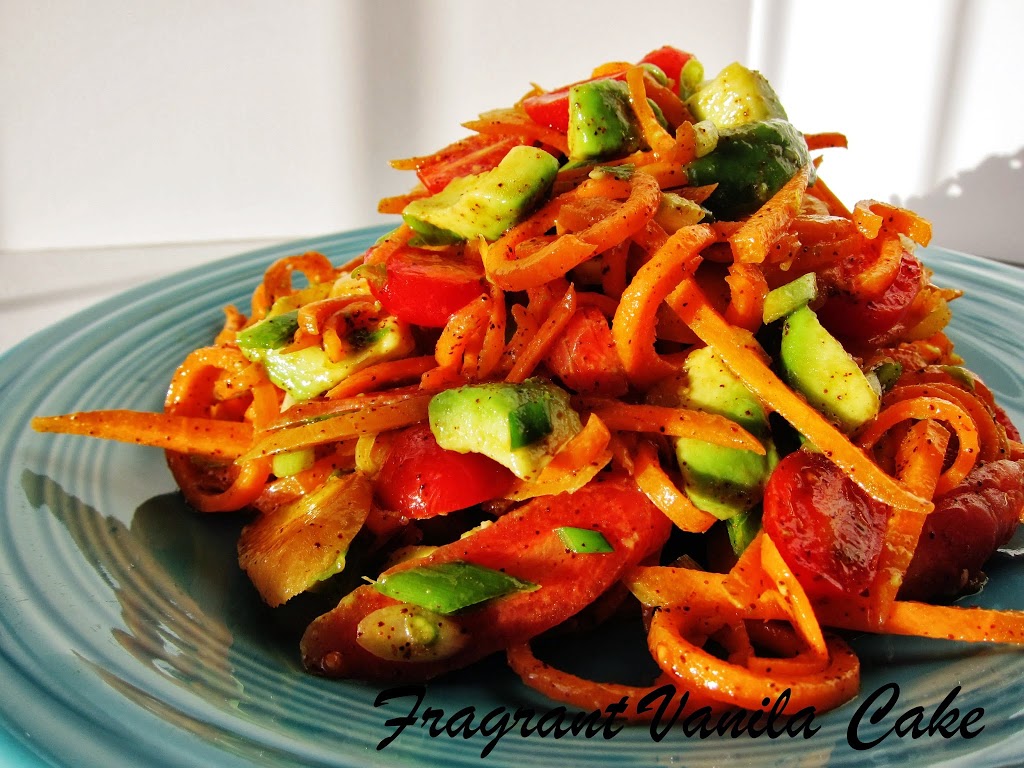