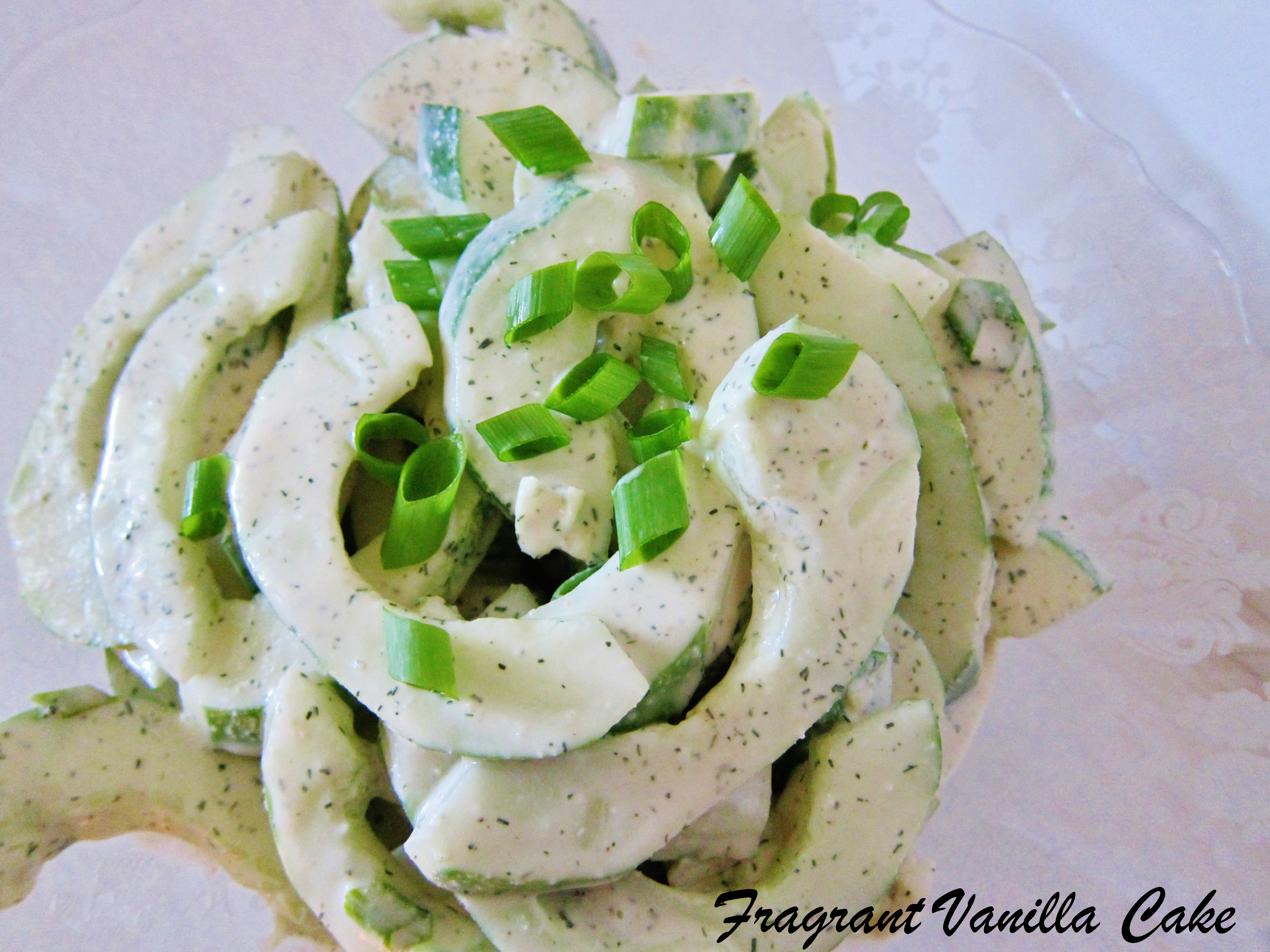 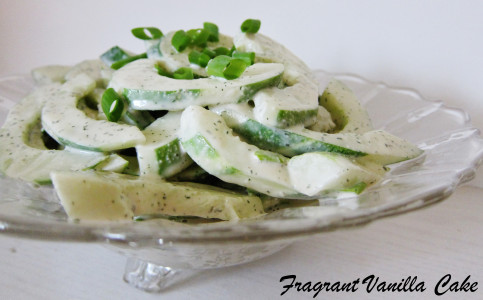 When I was younger, my Mom made a cucumber salad with a creamy dressing made with sour cream, vinegar and dill plus a little honey to sweeten.  I think this must be a classic that most people's Mothers or Grandmothers made, because most people you ask can relate to it.  We sell a version in the deli where I work and it is very popular.  But these classic versions of course contain dairy and often times lots of sugar.  I haven't enjoyed any in ages.  Which was exactly what I was thinking last week as I made some at work.  I decided that I needed to make a veganized version to suit my tastes.  I had just been given a bunch of cucumbers from my Grandpa's garden so it was perfect timing. 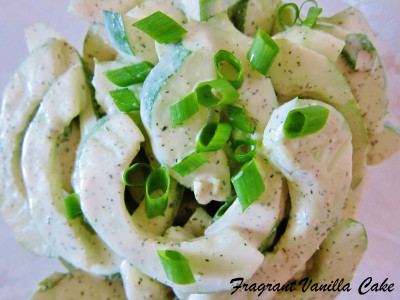 I made a creamy dressing with coconut milk and cashew butter with a bit of cider vinegar, garlic and dill and it tasted just as good as the salad I remember.  But less sweet of course since I did not add any sweetener.  I was in the mood for something more savory.  I added some scallions in as well instead of the usual onions for a milder salad and it was just right.  If you have an abundance of cucumbers in your garden, you must try this simple recipe. Sooo good!

For the dressing, whisk all ingredients together until smooth (if you find it too thin add a little more cashew butter, too thick a little water since coconut milk varies in thickness).

Place the cucumbers and scallions in a bowl, and pour the dressing over.  Toss to combine.  Serve!