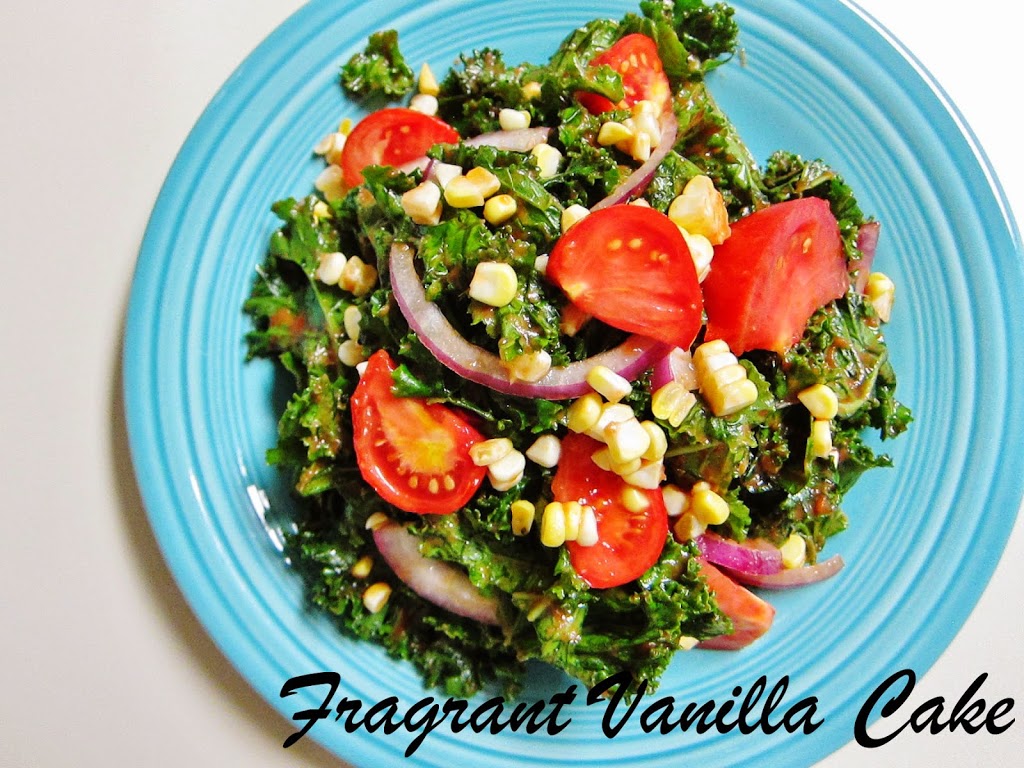 A coworker of mine in the deli was making a BBQ dish at work and it smelled amazing.  Granted, I wouldn't touch it with a 10 foot pole because it was chicken and I am sure the sauce was very sugary...but it smelled wonderful.  Which got me to thinking, why not make some sort of raw dish with a BBQ sauce?  So, I decided that I would concoct something that night for dinner.  I thought about making BBQ veggies, but then they would have to be dehydrated...and I am lazy sometimes when I want to eat, like now!  Plus I was really craving a salad, so it became a BBQ Kale Salad.  I made a tangy dressing, which was largely composed of the delicious tomatoes from my Grandpa's garden (even the sun-dried ones, since I make my own), with a few classic BBQ sauce add ins.  What was not in the sauce?  Refined sugar. That is the one big thing that I dislike about most BBQ sauces.  I added in some fresh organic sweet corn kernals, onions, and more flavorful tomatoes and it was a big plate of deliciousness!  I know summer is almost over, but this tasted like summer, and I can imagine it being served at a picnic! 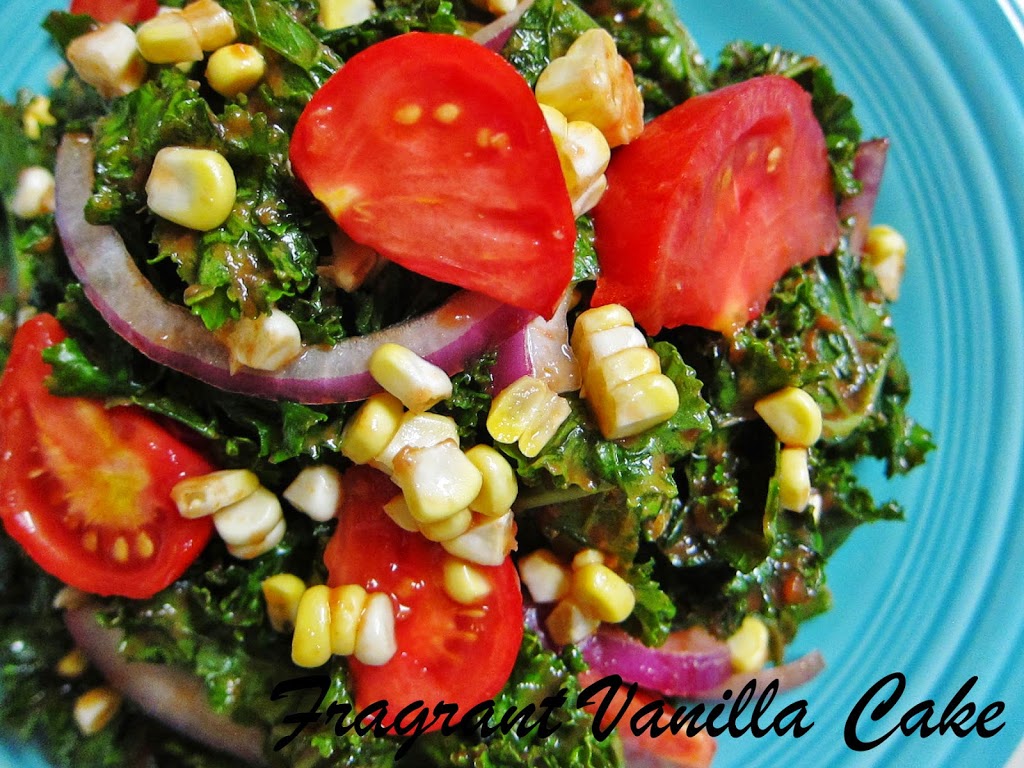 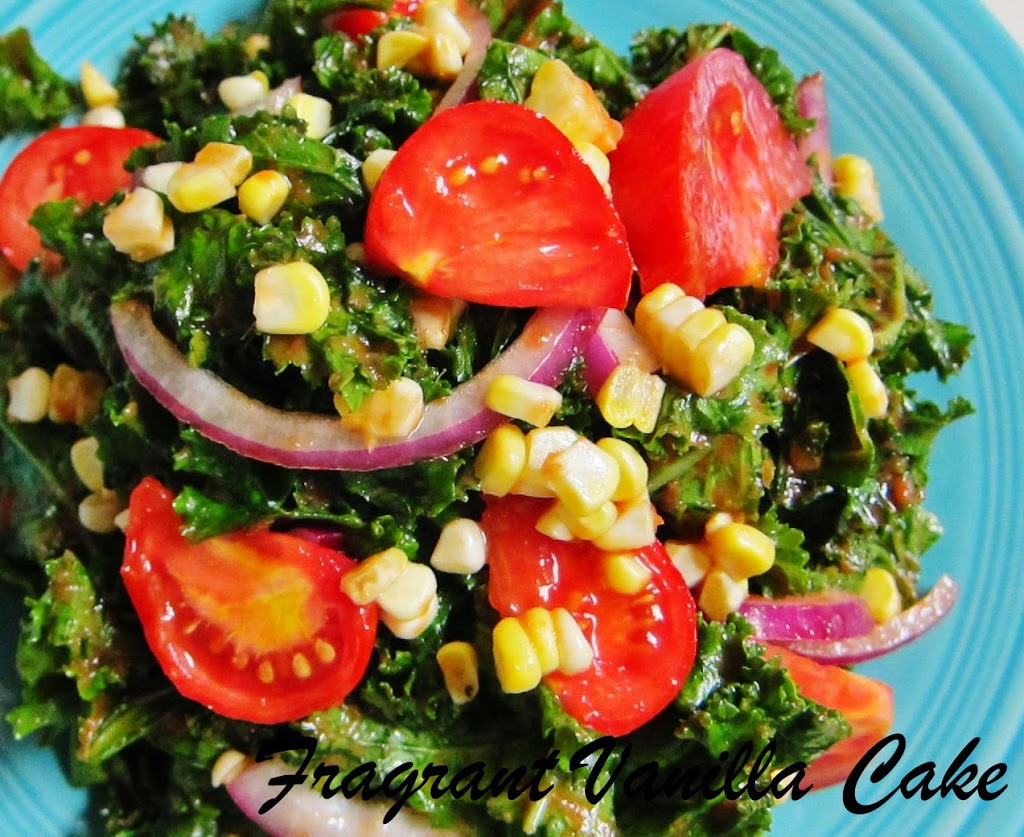