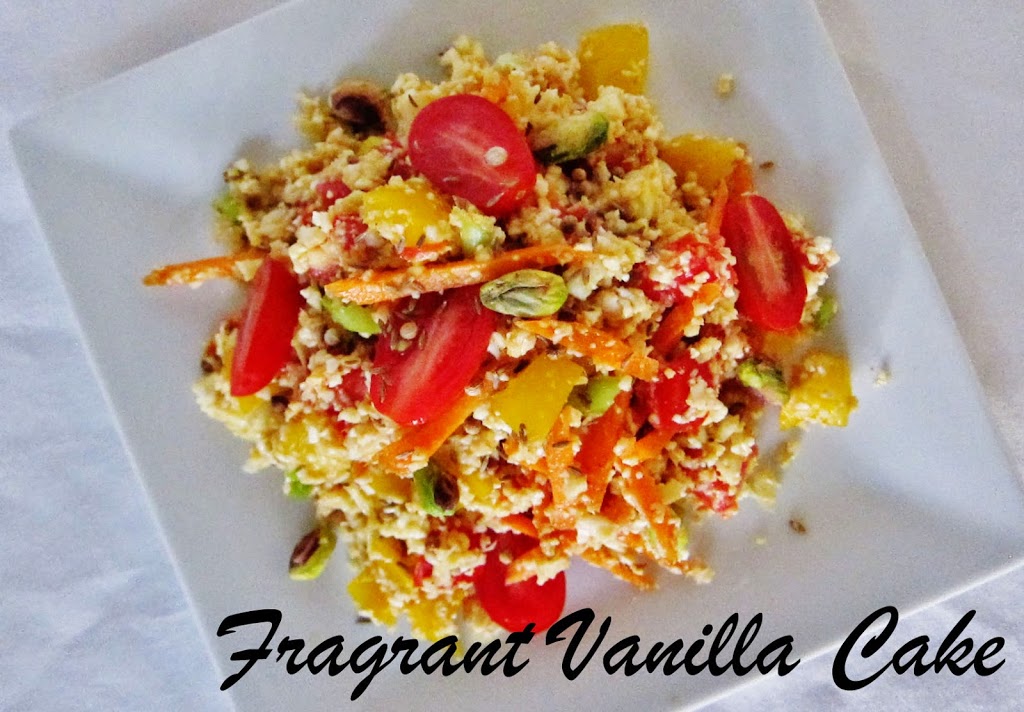 I arrived home very hungry after work as usual, and I wanted something hearty for dinner.  The first thing that popped into my mind was the large celeriac I had in my fridge.  Some sort of celeriac "grain".  I decided to make a Moroccan spiced couscous out of it because I was craving something with that flavor profile.  In my opinion, celeriac is the best veggie for making a rice or a couscous because it has a delicious flavor and is a little drier in texture than the other veggies commonly used.  It went very well with the Moroccan spices I used this time...cumin, chilies, cinnamon, coriander, lemon.  It was wonderful, especially with all of the colorful veggies added in!  I also added some hemp seeds for protein and an extra boost of omega 3 oils. I actually ate the whole batch of this, I was that hungry.  It was so good.  I never feel as if I am missing out on anything with raw foods! 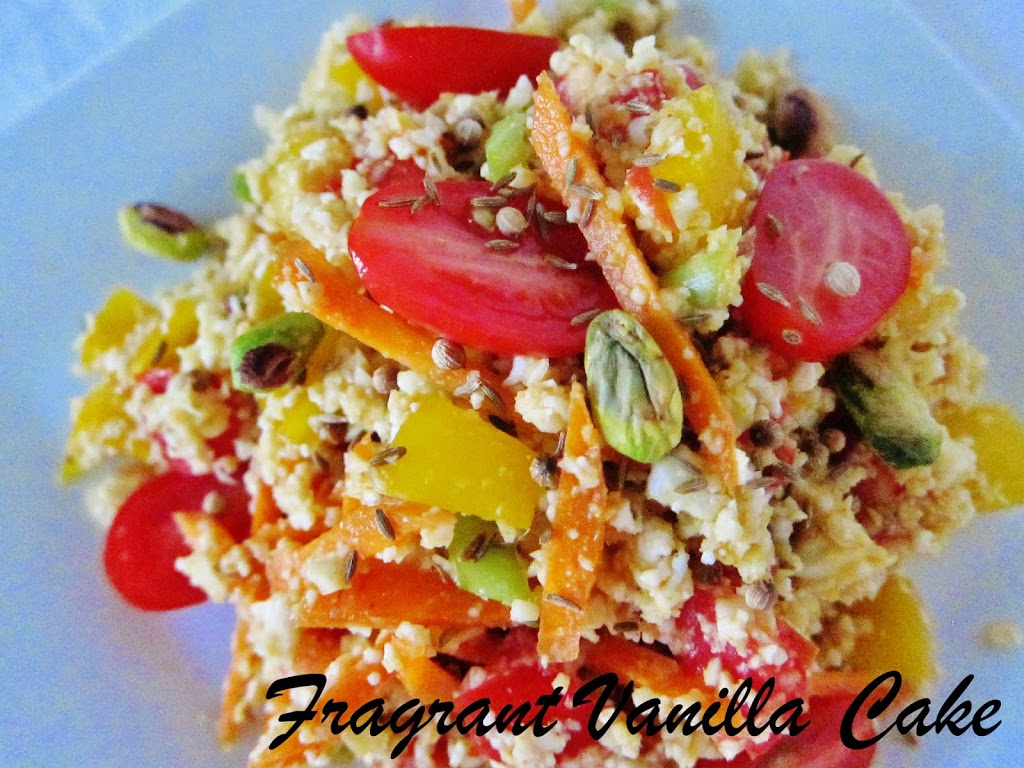 Place the celeriac in a food processor and pulse until very small pieces like couscous (but do not over process or it will be mushy.  In a large bowl, place the celeriac, and mix with all other ingredients until well incorporated and serve at room temperature or warmed a little in the dehydrator. 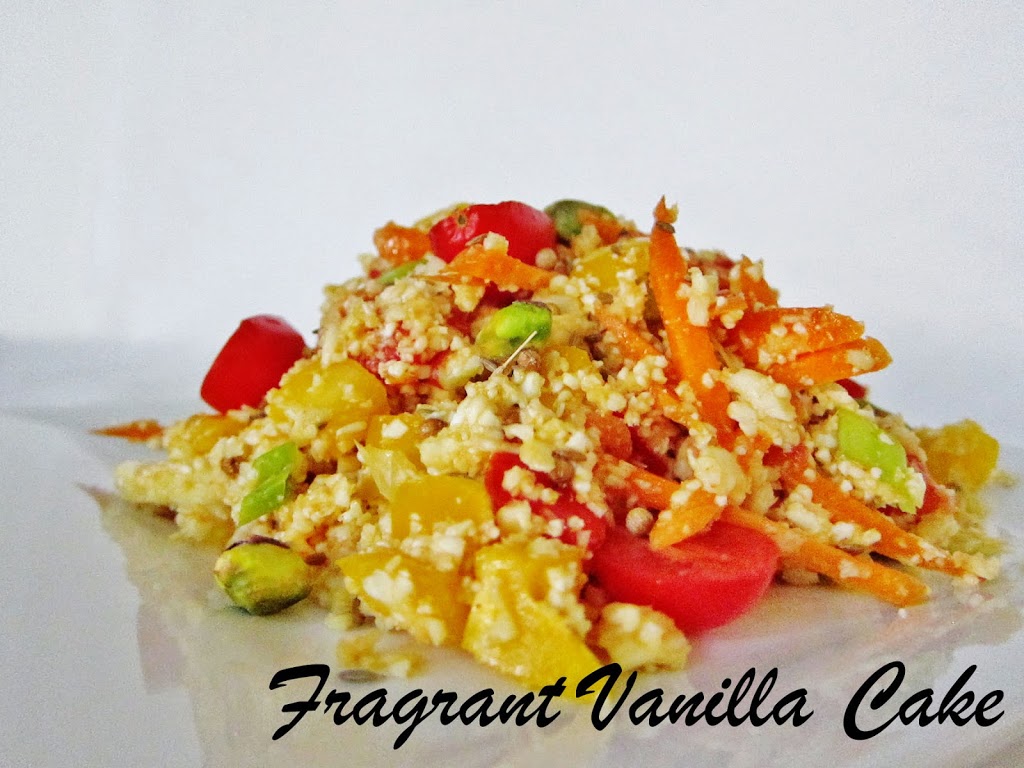