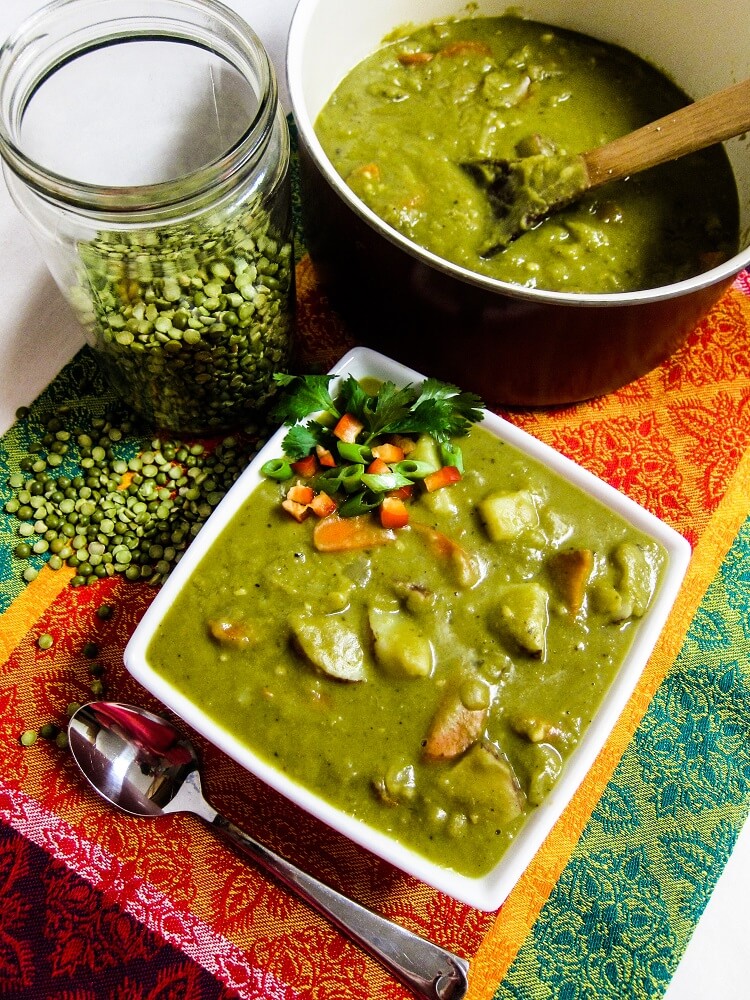 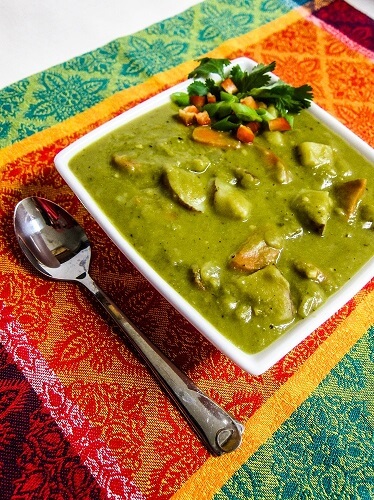 We went from 40F degrees here at the beginning of the week to a cold snap of below zero temps in a matter of one day.  It is kind of a shock to the system, and sometimes I wonder how as a high schooler I spent every day in the Winter practically outside at nordic skiing practice.  Lots of layers I guess and moving around a lot.  But it feels so much colder now for some reason.  I shouldn't complain though, we are having a warmer than average Winter over all and it is supposed to warm up again soon.  Either way, I have been making warming comfort food dishes to take the chill off after being outside.  One of which was a Creamy Coconut Curried Split Pea Soup! 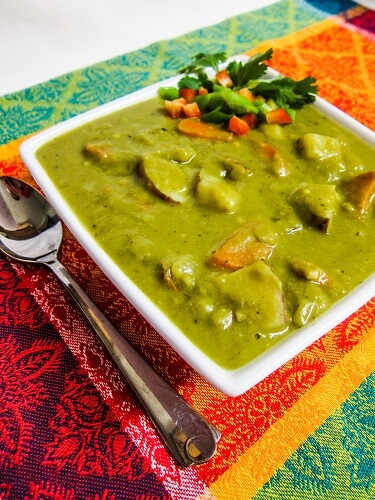 One of my coworkers in the deli I work at had recently made a split pea soup for the customers and I thought it sounded good.  I hadn't made any in a really long time at home, and I had a bunch of split peas in the cupboard ( I bought way to many the last time I bought them) and I knew that use them up soon.  The reason I hadn't made split pea in a while was because the last time I made it was kind of a disaster.  I am one of those people who tries to squeeze in too many things at once to multi task at because I want to get a lot done, and I had the split pea soup cooking on the stove while I did other things and I burned it on the bottom.  That is like the worst feeling in the world, when you have to throw a pot of soup away because it tastes burnt (I hate wasting things).  And, it happens quickly with split pea because it is thick.  So just so you all know, I have kitchen disasters too.  One time someone said to me she imagined me like I had a magic kitchen where everything goes perfect and I had spices dancing around and whatnot, but that is so far from the truth.  It is sometimes a disaster area and it is not usually neat until I am done cooking and clean up.  So never feel bad if you mess up once in a while when you are making things.  Anyways, back to my soup I made this week. 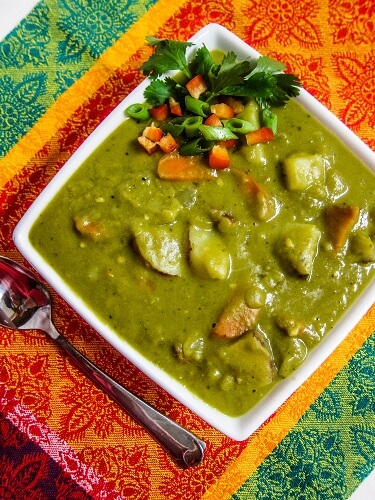 I made it similar to a classic split pea, and included the carrots, onions and celery as well as hearty potatoes.  But for the flavor, I used mild curry powder to give it a nice warming spices quality. It was so good with the split peas!  I wanted to add a little richness too, since this recipe actually isn't made with any oil, so I added in some full fat coconut milk at the end.  It made the texture smooth and silky.  This soup is so good!  Even though split peas take a while to cook, this really doesn't require much hands on time or anything and is pretty simple to make.  So if you are a split pea soup fan or you just want some healthy warming comfort food because it is cold right now where you live too, give this a go! 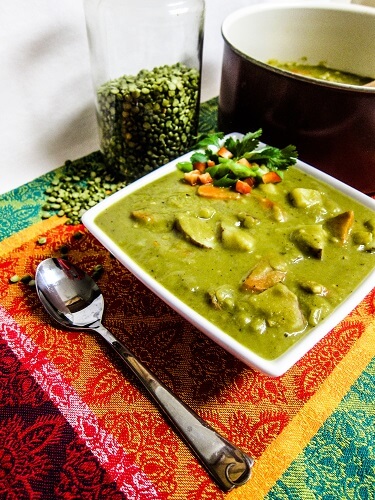