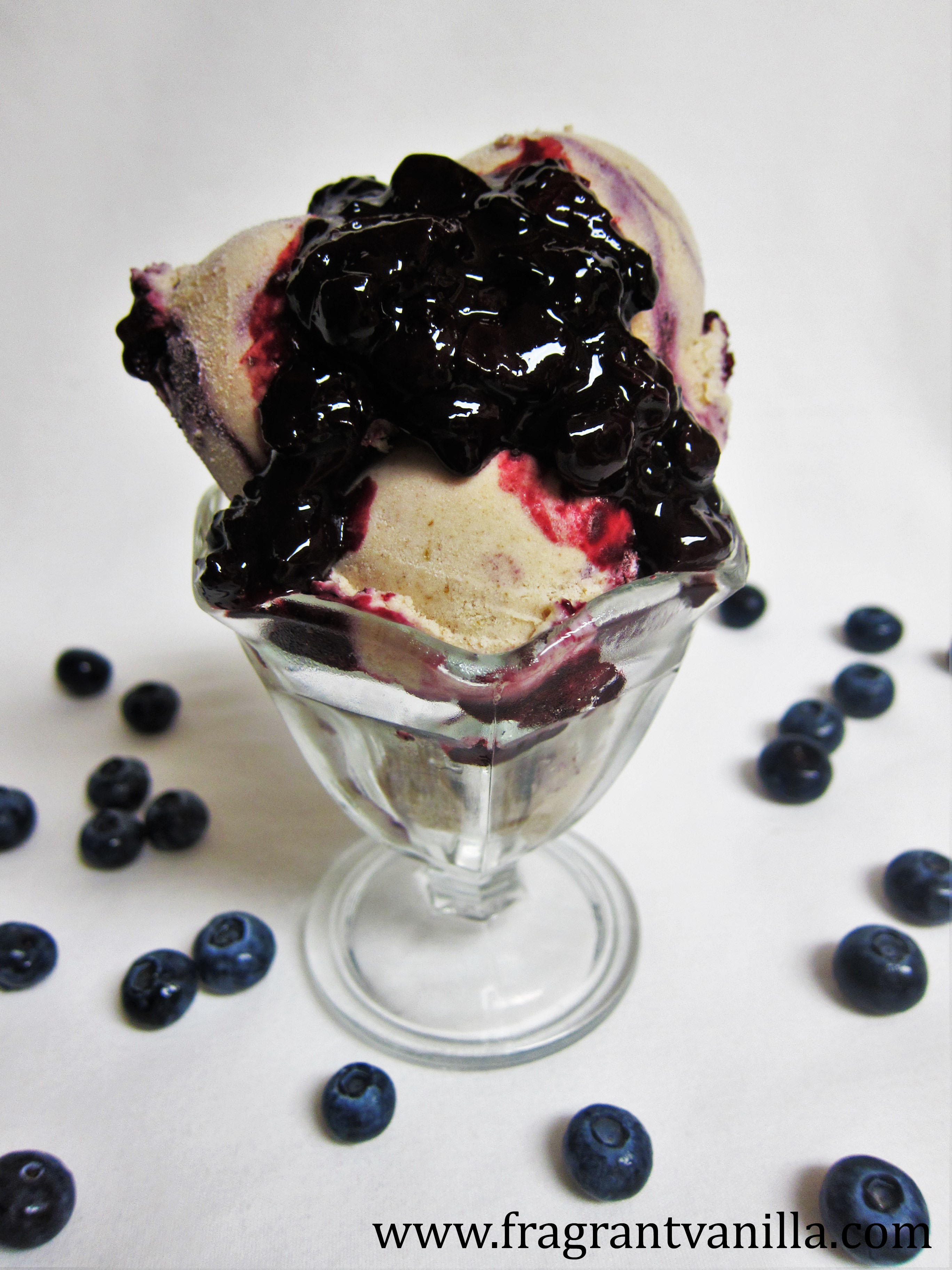 What does one do with 3 lbs of blueberries?  Eat them all in a big bowl and end up like Violet Beauregarde in Willie Wonka and the Chocolate Factory and turn into a giant blueberry?   To be completely honest after seeing that movie as a kid, I always thought about that scene of the movie when eating blueberries.  Not that it stopped me from eating them ever, it just made me laugh a little.  Well, I made a few things with those 3 lbs of blueberries I had at my house and I didn't turn into a giant blueberry.  Although I am sure I am filled with plenty of antioxidants now.  I did eat some plain, as did Eric since he saw my huge bowl and swooped in to steal a few.  But I made some delicious recipes with them as well!  The first of which was a cheesecake ice cream with a blueberry swirl.  My Mom asked me if I had ever made blueberry jam, so I decided to make a quick blueberry jam, and it was so good, I decided it needed to be served with some cheesecake.  But I decided on cheesecake ice cream instead of actual cheesecake because it is Summer, and ice cream is so refreshing. I apologize if you are sick of my ice cream posts...but I am not sick of eating or creating ice cream yet!  It is good stuff! 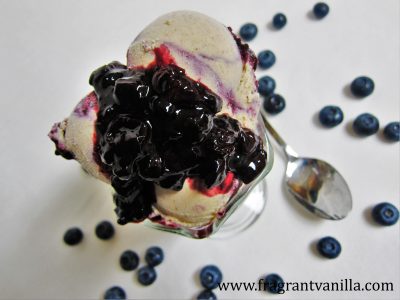 The base for this is actually quite simple.  I always use coconut milk for my ice cream bases.  Not low fat though.  Because  I used to use that when I was all fat phobic 10 years ago and it just makes for a harder more icy ice cream once it freezes.  If you use full fat, it turns out creamy and delicious.  Ice cream is meant to be an indulgence after all.  I would rather have a small amount of something rich than a large amount of something that is just ok.  Texture is very important to me.  This ice cream also has cashew butter to give it that cheesecake sort of flavor.  Plus a touch of vanilla bean, because vanilla bean flecks in ice cream has always made me smile. Growing up it made me feel like the ice cream was better quality (not that it always was, but the belief was there). 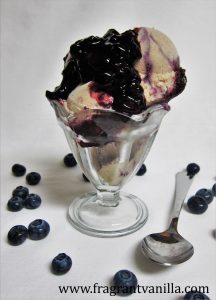 I swirled my quick blueberry jam into it and omg...it was amazing!  So much more refreshing than just cheesecake would have been, and just as I had imagined it.  This reminds me of an ice cream I had as a kid in an ice cream shop up North in Minnesota that I used to go to with my Dad.  I had it several times one of the trips and asked for multiple scoops...like 3 in a waffle cone.  It was so good.  Well, this is just as good, and it is vegan!  Nothing beats that, am I right?! 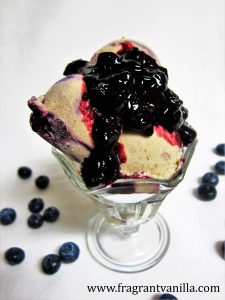