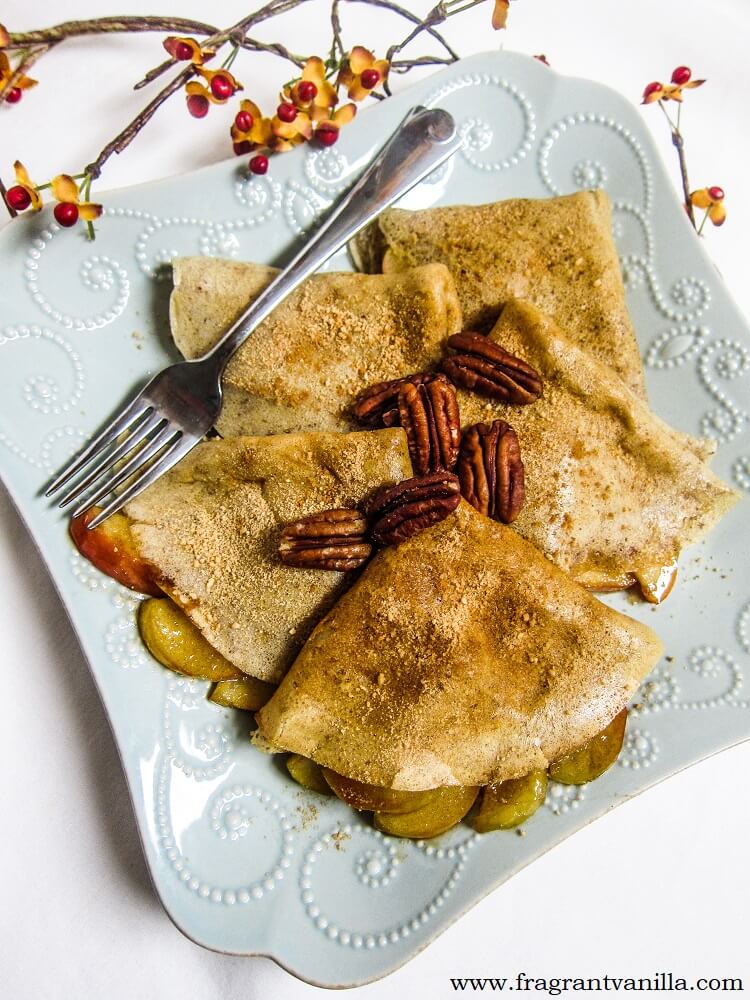 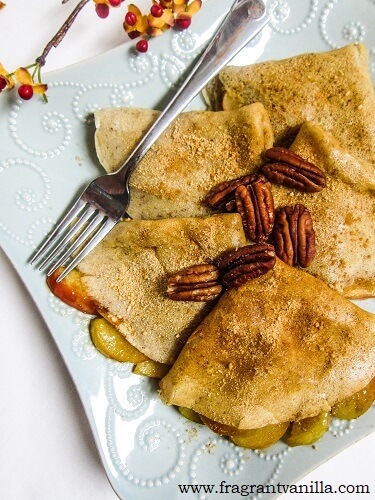 I had never tasted a snickerdoodle cookie until I was about 16 years old.  Surprising I know, I had tried most of the other classics, like chocolate chip, sugar, oatmeal, spice cookies, almond cookies etc.  But never the snickerdoodle. I tried one for the first time at a little coffee shop at a ski lodge up north I was at for a Nordic skiing training trip.  My friend  wanted to split one and I wasn't about to say no to a cookie!  It was so delicious!  Like the sugar cookies that I grew up eating, but better thanks to the little sprinkle of cinnamon along with the sugar.  Perfect for Fall and Winter seasons when I am wanting cinnamon and spice.  After that I decided that I liked snickerdoodles and even made some of my own from time to time.  Cinnamon sugar is a great topping for things after all.  If you didn't grow up with your Mom making you cinnamon sugar toast once in a while you have been deprived of something delicious.  Eric always asks me to make cinnamon sugar crepes, so I thought why not make some snickerdoodle crepes this week.  It is now Fall after all, and they just sounded good.   But me trying to always sneak fruits and veggies into everything decided that they needed an apple filling as well. 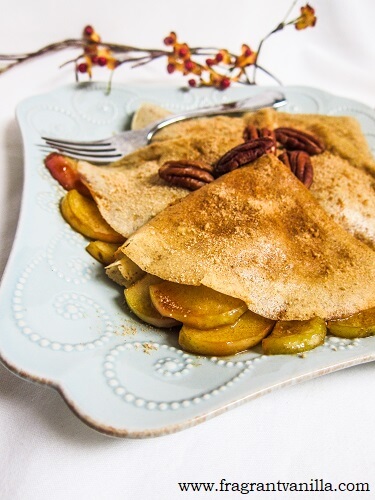 I had bought 8 lbs of apples for some wine, but didn't need them all, so I was looking for ways to use them in something delicious.  As excited as I was about the crepes, I was a little apprehensive because the last time I tried to make crepes about a month ago, they stuck to the pan, were all gummy and didn't turn out.  I wasn't sure why, and most likely it was because I forgot an ingredient or mis-measured or something but since I hate throwing things out, it made me sad.  So I prayed that these would turn out.  Lucky for me, they came out perfect this time!  This is a pretty simple crepe recipe that you just whisk all together and go for it, so it comes together fast!  I made them gluten free and nut free as well, because I know that is important to a lot of you and it was easy enough to make them that way.  They smelled amazing while cooking.  I didn't just sprinkle the cinnamon on top, I put a little in the crepes as well, so the aromas of vanilla and cinnamon were in the air as they cooked. 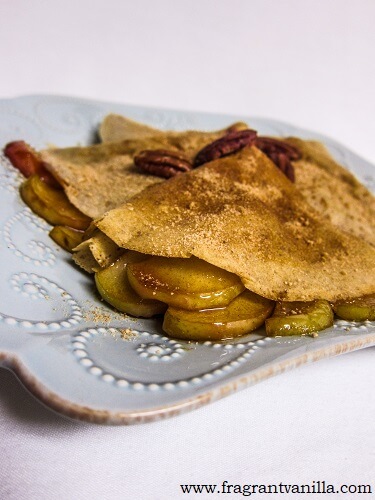 After they were done, I made some quick maple caramelized apples to fill them with. It was all super delicious once assembled and the cinnamon sugar was sprinkled on top!  If you wanted to go in more of a dessert direction with these, you could also serve them with coconut whipped cream warm with ice cream!  These would make the perfect weekend brunch treat, but of course don't limit yourself to that, I won't judge if you make them for dinner. 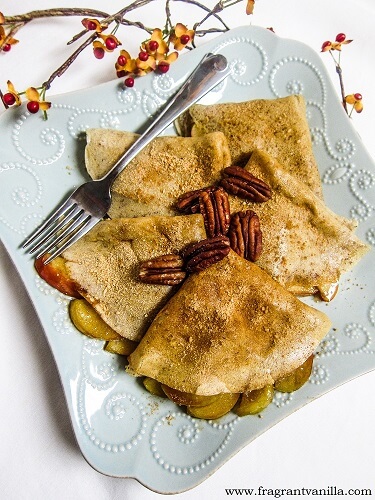