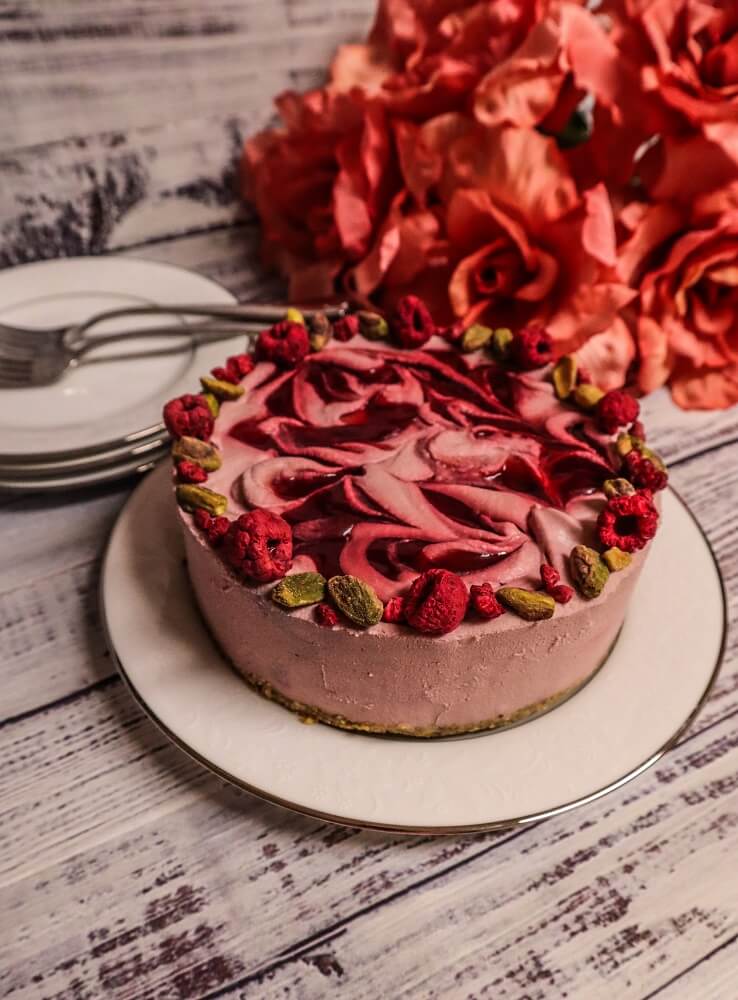 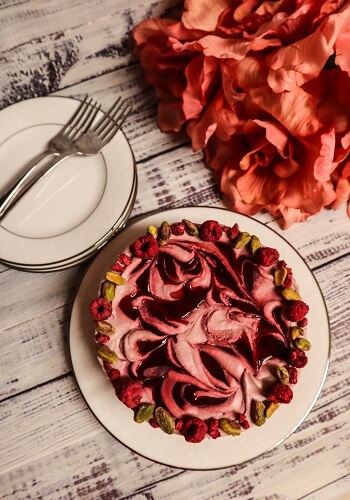 I know we are far from summer, but I am missing summer berries, so I thought I would make a raspberry cheesecake to remind me of it.  When I was little my favorite kind of cheesecake was the kind with the raspberry swirls.  Whenever someone had one of those cheesecake variety packs with all different flavors that was always the one I chose, even above chocolate and caramel. I am a big fan of fruit in desserts, and the contrast of the sweet tart raspberries to the sweet vanilla cheesecake is heavenly.  Well, I thought I would make one similar to that and take it up a notch by adding more raspberries to the cheesecake part and a little rosewater to make it smell absolutely heavenly! 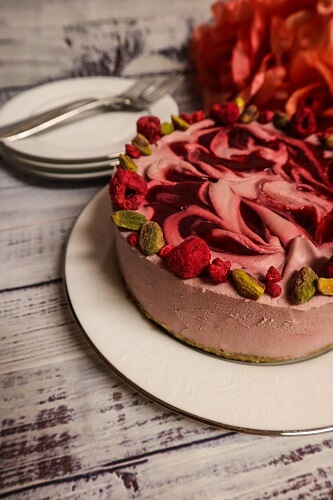 I used to always make all my vegan cheesecake with cashews as the base, but later that changed to coconut because cashews are spendy, and my body doesn't always like them.  Also many of my readers were asking for nut free versions.  Now I have revamped that cheesecake base to include chickpeas along with the coconut to create a cheesecake that is creamy and rich tasting but not so heavy on the stomach.  Trust me, you can not taste them in there, you would swear it was cashews and chickpeas are the perfect sub for them!  Plus they are cheap and I always have them on hand since I usually just make a large amount then freeze them later for using in my meals. 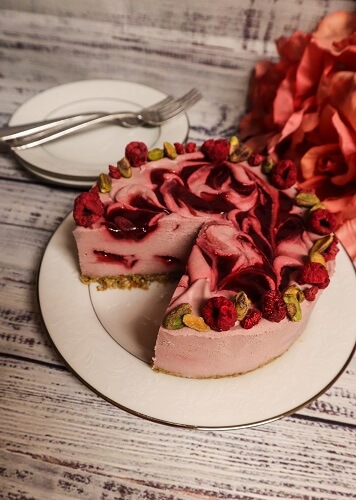 I added raspberries, vanilla and rosewater to flavor the cheesecake base and it was heavenly!  I could not wait to try it in its chilled form!  But first I made a crust for it with oats and pistachios, because I think pistachios are so lovely with rose.  If you wanted this cake to be nut free though, you could just use shredded coconut instead.  I swirled the cheesecake with really good raspberry jam to give it loads of raspberry flavor.  Eric's Dad gave us this jam that he made from his home grown raspberries and it is seriously the best I have ever tasted!  It worked perfect in the cheesecake! 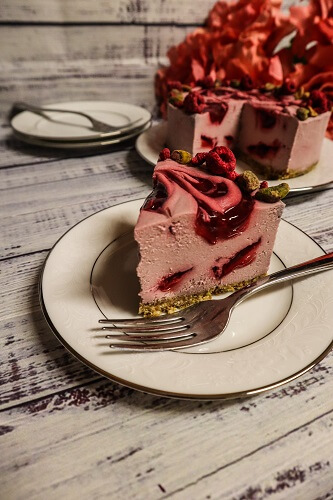 I had to wait overnight for it to chill, but it was worth the wait.  Sooo dreamy and crave worthy!  The base was rich, creamy, smooth and sweet scented with rose, vanilla and berries, and the gooey jam and salty sweet crust were perfect with it!  If you are missing summer too, make this cheesecake! It would also be perfect for upcoming Valentine's Day next month! 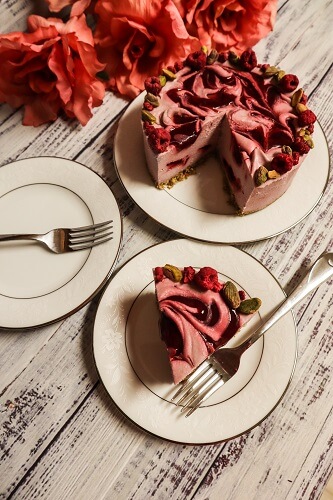 *I use Thai Kitchen full fat coconut milk.  If you are using a different brand, just make sure it is the thick type, 2/3 of the can at least should be very thick cream or it will not work in this recipe.