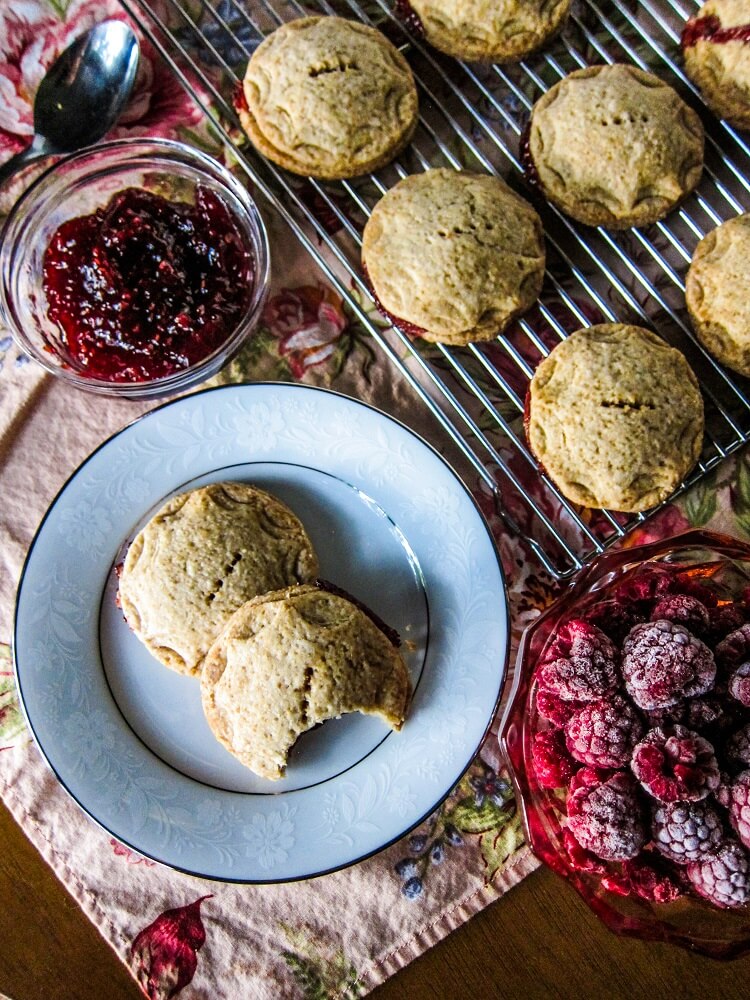 Raspberries are my all time favorite fruit. Maybe because they are somewhat abundant here in Minnesota and I ate a lot of them as a kid. Or because they have a season limited to a couple of months here so they also seem somewhat special. Yes, you can buy them year round shipped in from other places, but they are definitely best this time of the year when they are local. So, I have been making a lot of things with raspberries lately.

Last week I thought some raspberry pie sounded good but I didn't want to make a giant pie so I decided on mini pies instead. When I say mini, I mean really mini as in pie cookies. I have made them before in other flavors so I figured why not raspberry?! Plus they are all cute and shareable and perfectly portioned for a few bites!

I also decided to make them a little fancier and add a touch of lavender to them. Berries and lavender are so heavenly together! These were easy to make. You just make a simple pie crust dough (the trick is not to completely over-mix it), then roll it out and have fun cutting it into cute little circles that you then fill with jam and another piece of dough. I felt kind of like a kid playing with play dough.

They baked up beautifully and in much less time than an actual pie would have. Also most importantly they turned out super delicious! The pie crust was buttery and rich and the raspberry filling sweet and gooey! If you love fruit pies, and have raspberries on hand, give this recipe a go!