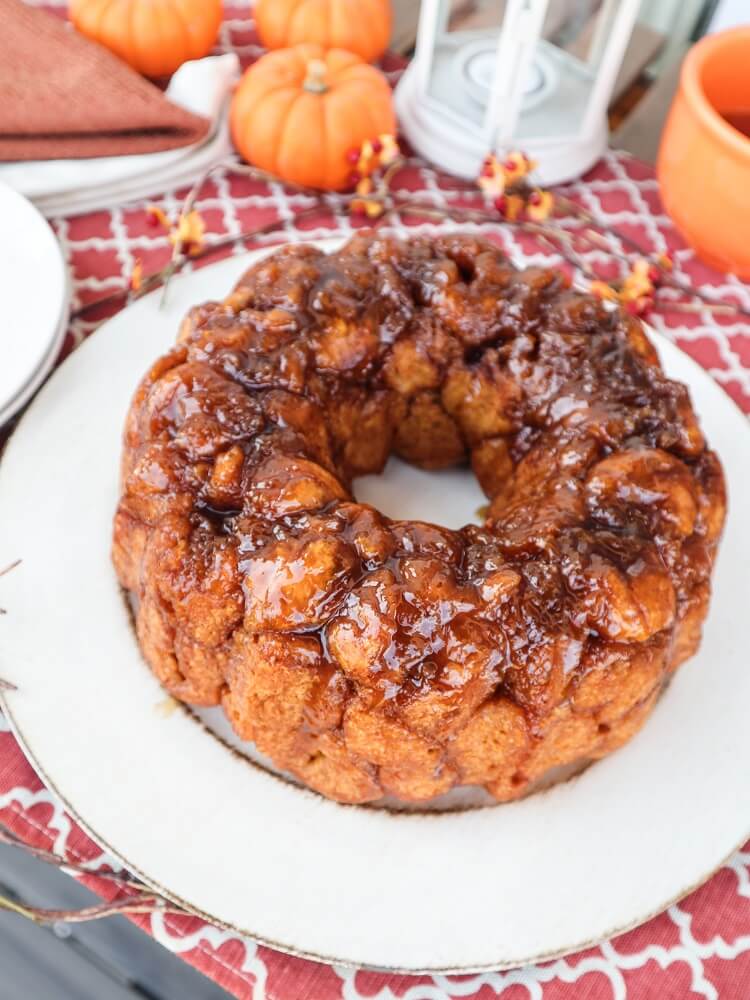 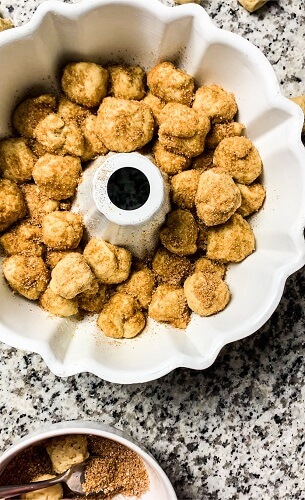 When I was little, my Grandma was an amazing baker!  Everything she made was so delicious and when I walked into her house and smelled something baking I knew I was in for a treat.  Or even better, when she let me help her make things!  One of my favorite things ever was her monkey bread or pull apart bread.  It was always so rich, gooey and delicious!  Especially when it was still warm and fresh from the oven, but of course I would eat it all day long even if it had cooled down.  I hadn't really tried recreating a veganized version as an adult until now.  I have been telling myself I should make some for a while because it sounded really good, and I finally got around to it last weekend!  I decided to put a seasonal twist on it and make Vegan Pumpkin Spice Monkey Bread! 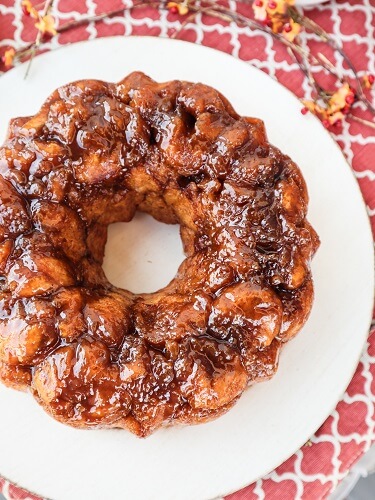 She used refrigerated bread dough for hers usually but I am more of a DIY person when it comes to that stuff so I made my own.  Plus, where are you going to find pumpkin spice bread dough that you can buy?!  I find it kind of relaxing mixing and kneading dough anyhow, it is the perfect thing to do to de-stress.  Very satisfying because of the bread texture and how it feels.  And to think, back in the day I was intimidated my bread dough because of the yeast and rising time and whatnot.  It is really no big deal and if you don't have as much time, you can buy rapid rise (in this recipe if you use that it takes about half as much time to rise).  And also, if you don't think you have the time to make it all in one go, just prep this recipe and do the first rise and shaping (up to when the dough is in the balls in the pan and the syrup is poured over) and cover and refrigerate overnight.  Then the next day you take it out for one hour and bake it as specified in the recipe.  I actually do this a lot of times with cinnamon rolls. 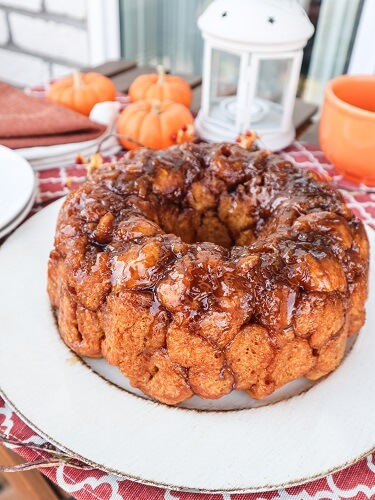 Anyways, back to the recipe.  I added pumpkin to my sweet roll dough as well as pumpkin spices to make it worthy of fall and super delicious and it was perfect!  It kneaded and shaped nicely, and after the dough was all made then came the fun part, cutting it up into many little balls and rolling them in cinnamon sugar then arranging them in a bundt pan.  I don't think I have used my bundt pan in over 10 years but it got use with this recipe!  What makes this bread so delicious isn't just the cinnamon sugar though, it gets a maple syrup and vegan butter "caramel" poured over it! 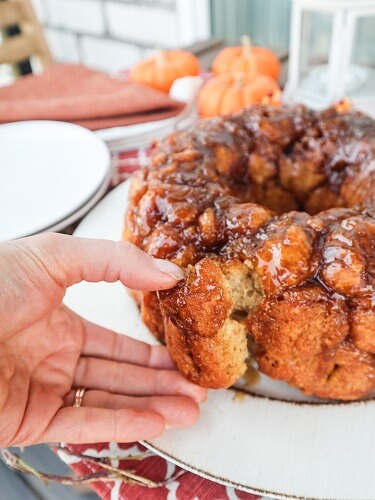 I am telling you this smells so amazing while it bakes!  It is super delicious, the bread dough is soft and light and tender, lightly scented with pumpkin spice, and the cinnamon sugar creates a little bit of a coating on the outside, which is covered in a buttery gooey maple caramel that will make you swoon!  This is totally crave worthy and so good served warm with a cup of coffee!  If you want a really special weekend brunch treat, definitely make this Vegan Pumpkin Spice Monkey Bread! 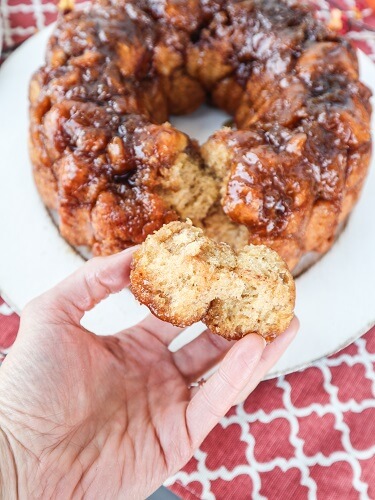