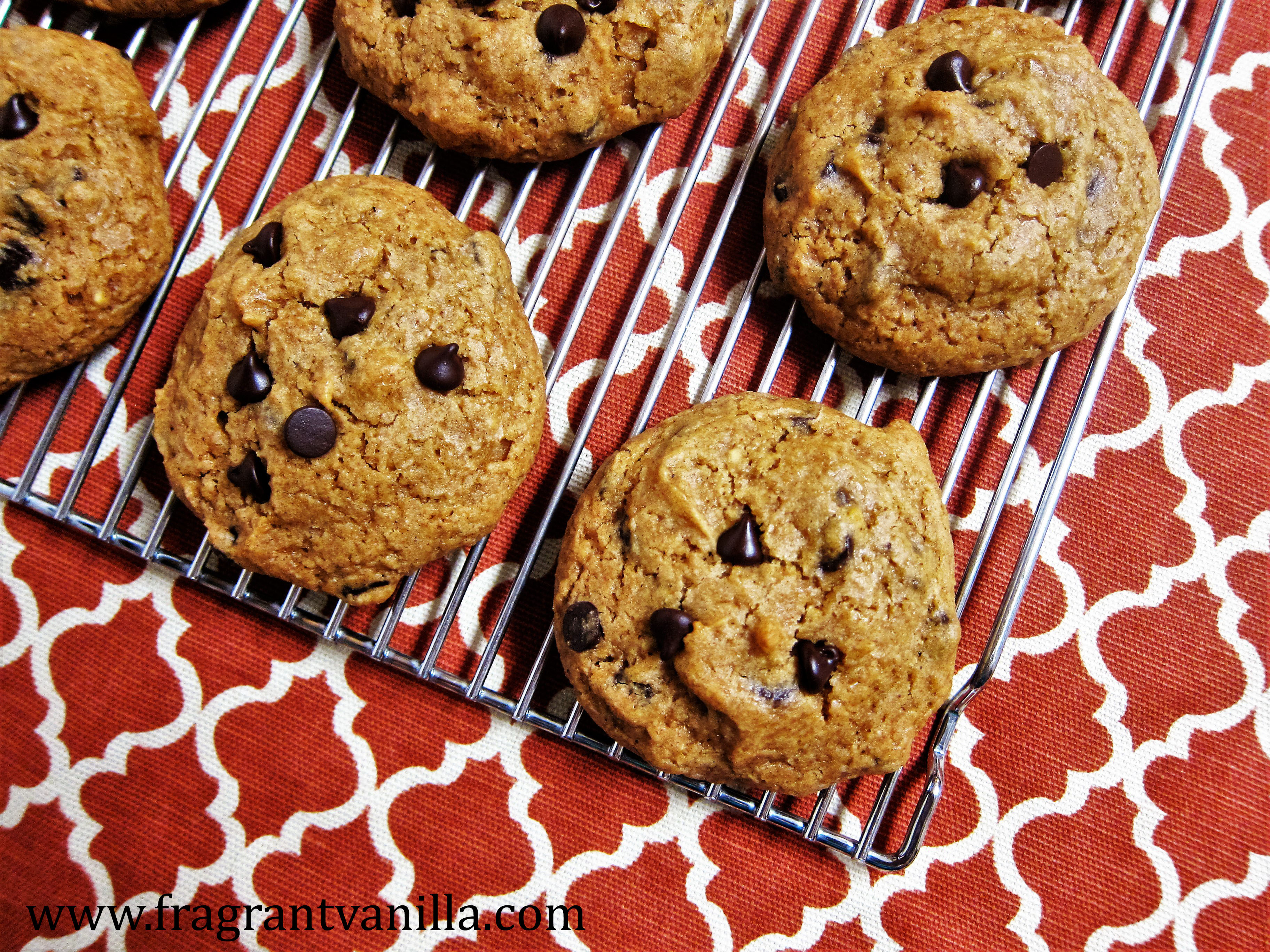 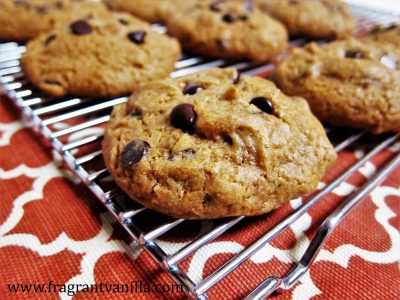 I caved.  I jumped on the pumpkin spice bandwagon.  What can I say?  Fall is in the air and I am in the mood for pumpkin and apples.  My first baked good, pumpkin cookies.  We make pumpkin cookies at my work, and they are always very popular this time of the year.  They smell amazing as they bake, the aromas of sweet cinnamon, nutmeg, allspice and ginger filling the air, and they always make me hungry.  After experiencing being in a kitchen with those cookies I always want to go home and bake some.  When I was in college in the fall, I made soft pumpkin cookies for my cross country team and they were wonderful!  Not vegan though, so I was hoping to recreate them this week when I made my pumpkin cookies.  They were soft, aromatic, and kind of like a pumpkin cake married a cookie. 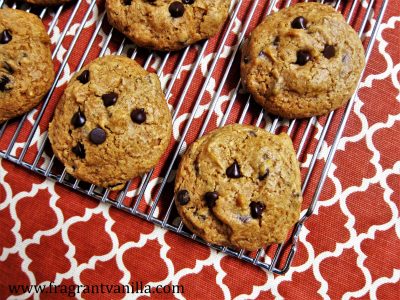 They had a lot of butter, sugar, and eggs in them, so I veganized them swapping out a lot of stuff.  I have to say, they turned out pretty awesome!  I love it when the vegan version of something tastes better than the original version I used to make.  These actually ended up being oil free, since I used pecan butter as the fat.  It gave it touch of nutty flavor that was a nice touch as well.  I used my usual pumpkin pie spices in this and the dough tasted amazing even before I baked the cookies.  I mixed in chocolate chips, which were not in the other cookies I used to make, but they were swapped in for something extra instead of the glaze I used to put on the other cookies.  I love chocolate with pumpkin spice, it is heavenly. 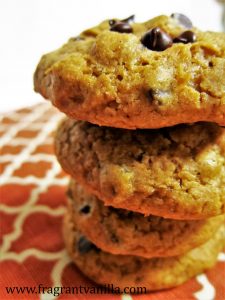 These smelled wonderful as I pulled them from the oven.  Once they were cool enough to enjoy, and I could taste one, I was very pleased.  Like classic soft pumpkin cookies, but better.  The rich little chocolate chips, the perfect touch.  This is only the first of the pumpkin recipes that will be coming from me this year, expect many more because I love it, and pumpkin comes only a certain time of the year! 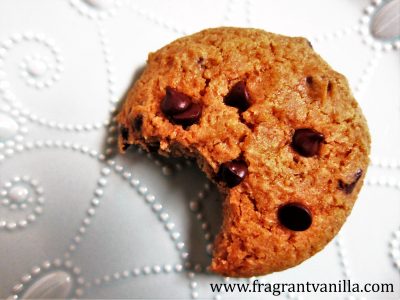