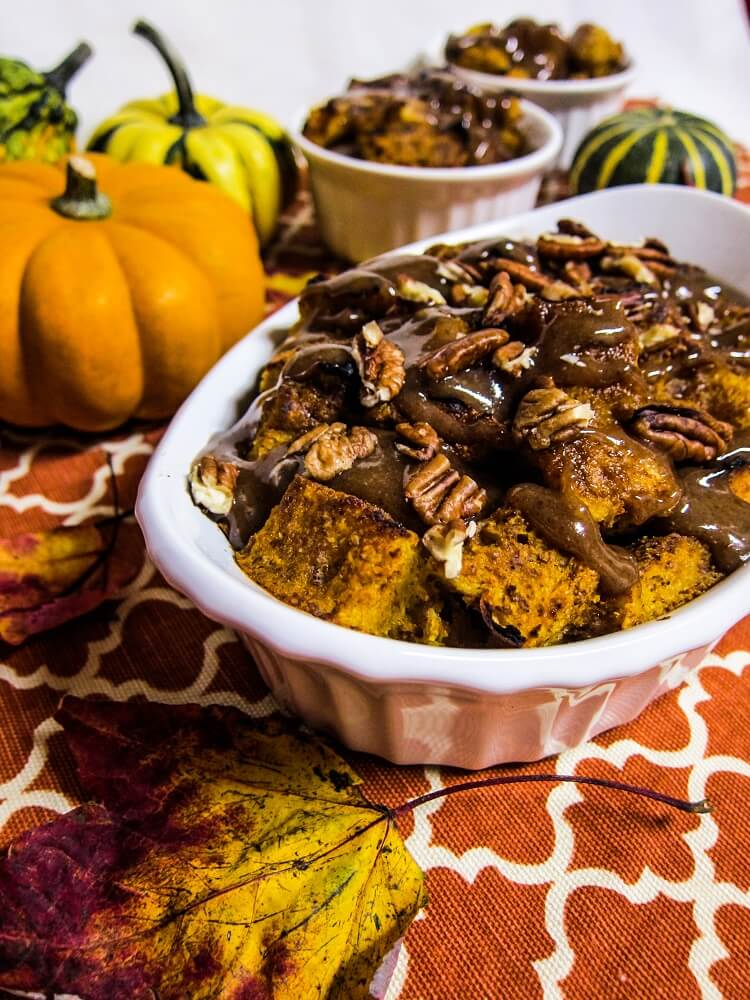 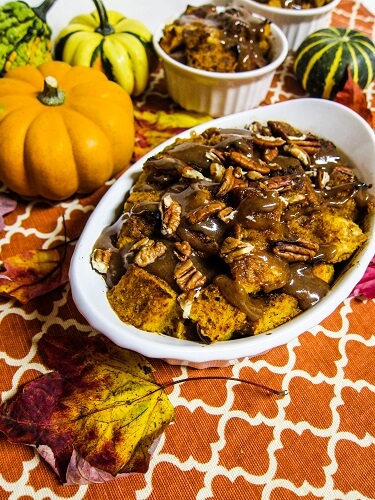 Earlier this week, a coworker shared some of her home made sourdough bread with me.  It was amazing.  I am super picky when it comes to bread. It has to be a crusty bread, with good texture (I do not like regular sandwich bread unless it is toasted), and a good chew to it.  I am not a big bread person but this stuff was bomb.  I haven't had bread like this in years.  I enjoyed some with my soup, and I also decided to make some bread pudding with it.  I haven't actually had any bread pudding since I used to order it at a restaurant back when I was in school (it was one of my favorite things at that restaurant).  I have never actually made it at home, and I had told myself earlier this year I should make some since Eric had it at a restaurant we were at for a special occasion and really enjoyed it.  Got me thinking I need to make some vegan bread pudding so I can have some too.  I had just been waiting to find the right bread, and voila!  I finally had some to make it with. 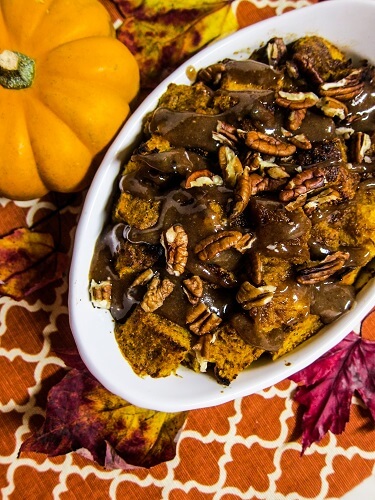 Since it is fall, I thought I would give it a fall flavor twist with some pumpkin.  I usually have cans of pumpkin open from one thing or another this time of the year, so it was perfect!  You know what I realized while making this?  Bread pudding is a lot easier to make than I thought.  Especially when it is vegan and you don't have to mess with eggs and measurements are a little bit less fussy.  Instead of eggs in this one, I made some flax eggs, and mixed them with a bit of oat milk, my favorite plant based milk.  I like it because it is pretty neutral in flavor, and nice and creamy.  I added in the pumpkin of course since this was pumpkin bread pudding, and the soaking mixture was  nice and thick, just the way it would have been in traditional bread pudding. 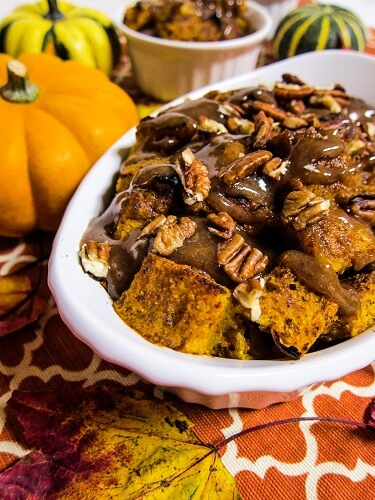 I added in some aromatic pumpkin spices, ginger, cinnamon, nutmeg and cloves to make it taste like pumpkin pie and it smelled amazing!  Lastly, some maple syrup to sweeten, because it goes so well with pumpkin and baked sweet bread dishes.  My kitchen was filled with the most heavenly aroma!  I could not wait to try it!  It got a nice crust on the top from the maple sugar I had sprinkled on it, but bread pudding deserves a sauce, at least as far as I am concerned, so I made one. 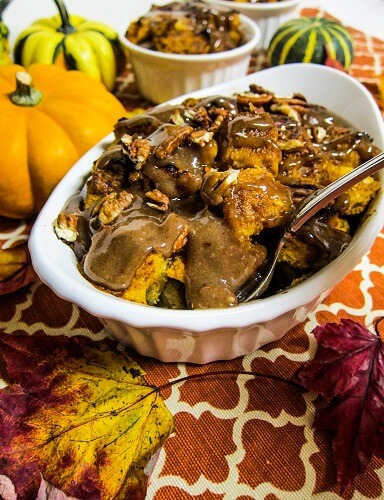 I whipped up a quick caramel sauce that came together in about 30 seconds from just pecan butter, maple syrup, water, sea salt and vanilla.  If you don't have pecan butter, feel free to use almond butter.  I usually make my own pecan butter and use it in recipes like this because it has a caramel like flavor.  After I drizzled the caramel over the pudding and sprinkled it with pecans, it was all ready to go.  OMG was it ever heavenly!  I think I like it even better than the bread pudding I remember eating when I was younger!  If you have some good crusty bread, or sourdough bread on hand, definitely give this a try! 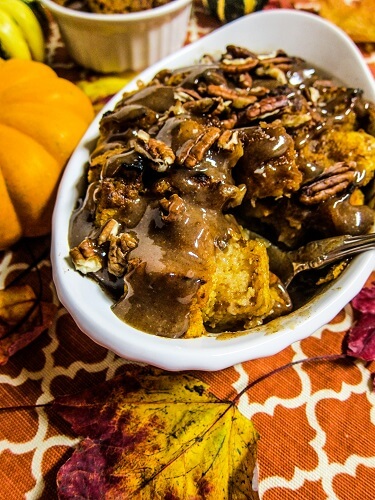