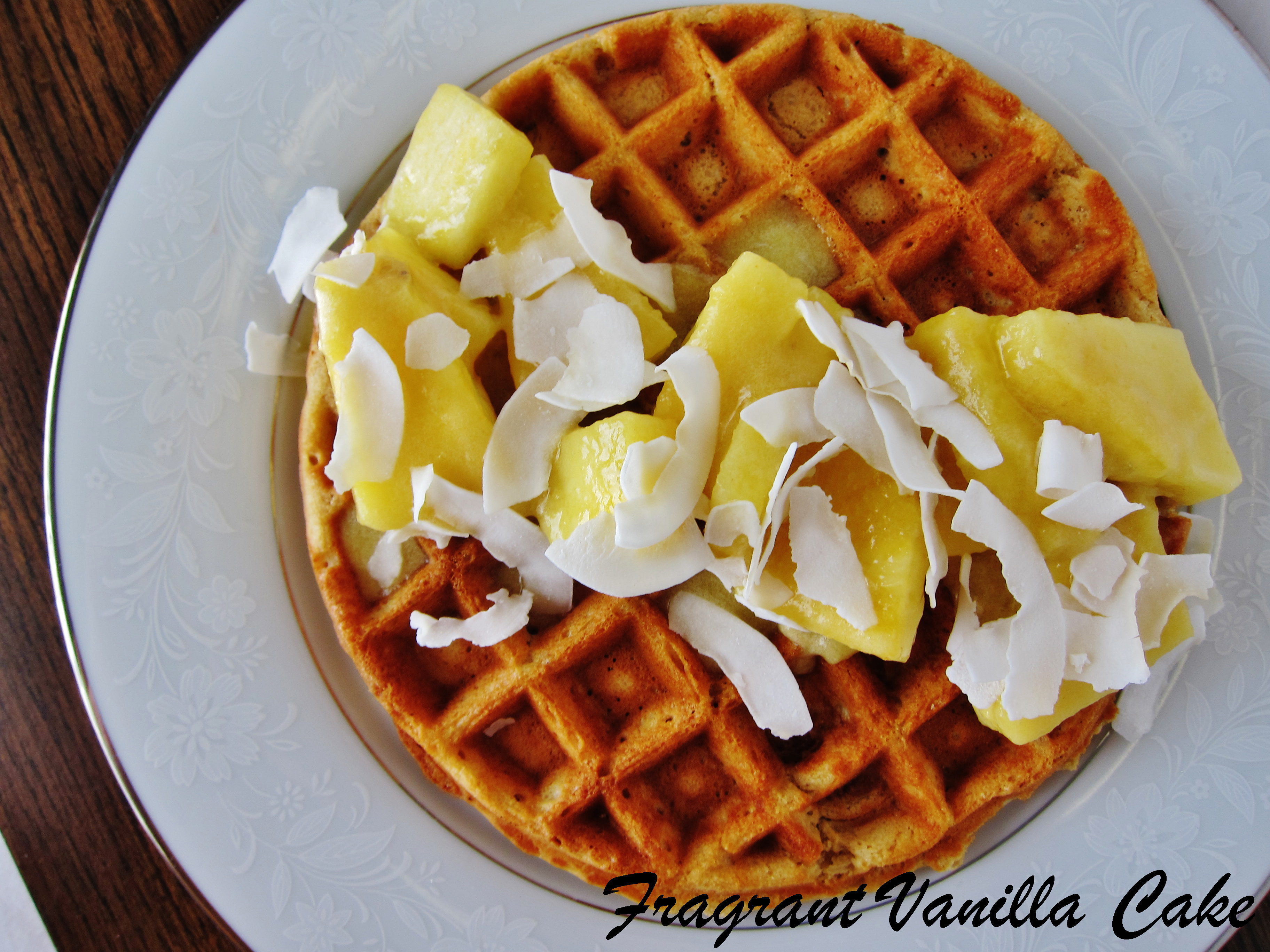 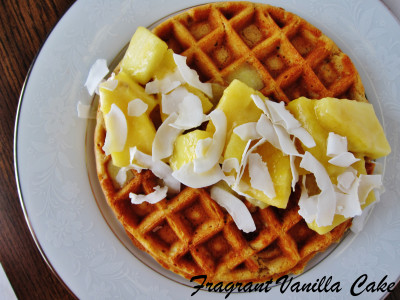 Sleep in, workout, enjoy the fabulous weather and sunshine and make waffles.  Sounds like the perfect weekend day to me! Kind of how it went down one day last weekend, just randomly decided to make Vegan Piña Colada Waffles because I had time, and I knew my boyfriend who I happened to be spending time with would love them as well. Also, my oven was broken at the time, and something a little sweet and baked sounded good...so waffles were the perfect compromise! 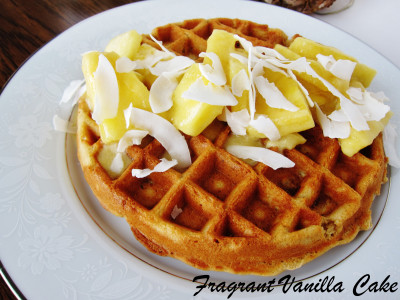 Any type of waffles are special in my opinion.  But I had lots of pineapple on hand so I thought why not make special waffles with it, add in coconut and voila!  Piña colada deliciousness!  I added coconut and pineapple into the waffles themselves, but to keep the theme and deliciousness going, I made a pineapple syrup and sprinkled the waffles with coconut.  Were they ever yummalicious!  If you have the time, this is the perfect lazy day weekend treat. 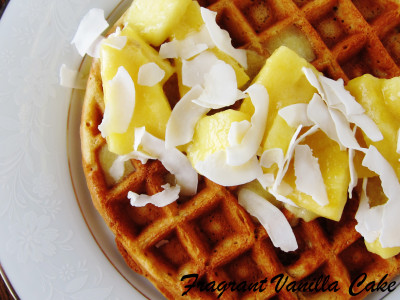 In a small bowl, whisk together the flax seed and water, and set in the fridge for 15 minutes until the mixture is gel like.
Meanwhile, whisk together the coconut, flour, salt, baking powder, baking soda, and coconut sugar in a large bowl.  Whisk in the coconut milk and oil until combined, then the flax eggs (flax water mixture) until combined. Stir in the pineapple chunks.
Cook according to belgian waffle iron directions (like to keep my waffles warm in a low heat oven (200F) while I cook the others).

Meanwhile, combine the 1 cup fresh pineapple and 3 Tbsp maple syrup in a high speed blender and blend until smooth.  Stir in the 1/2 cup pineapple chunks.
Serve the waffles hot with the pineapple syrup. 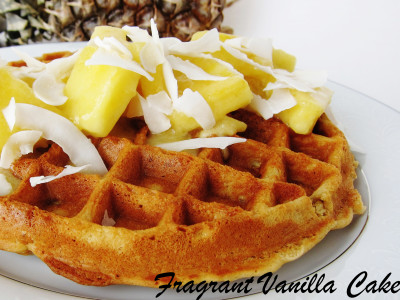