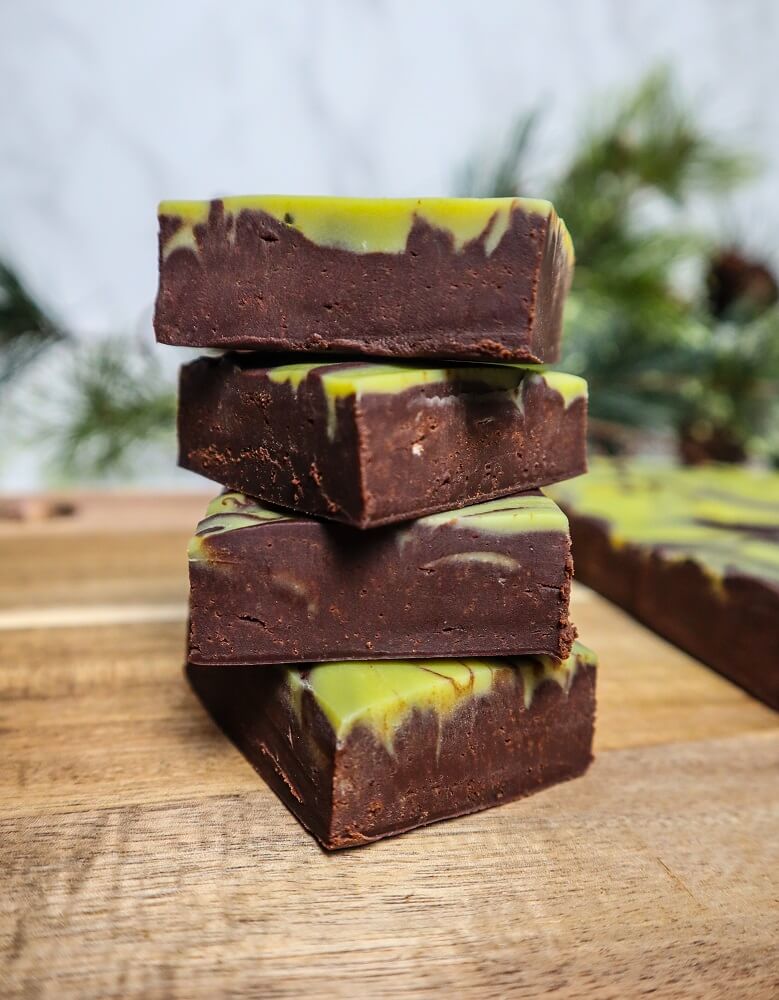 Fudge was always something that my Grandma had at Christmas along with all of the other delicious treats we only got once a year, and so I think of it as a Christmas treat.  It was just classic fudge with walnuts but she loved it and I thought it was pretty delicious!  I don't have the recipe so I am not sure how exactly it was made or what all it had in it, but I am pretty sure she said it was an easy recipe with sweetened condensed milk so when I decided to make vegan fudge for the first time this year, that is what I decided to make it with.  I looked at a bunch of different recipes online to see about how much sweetened condensed milk to add and I came up with what I think is a good ration even though I was winging it as it was the first time.  But it came out just right as far as I am concerned which is why I decided to share the recipe!  I was just going to make plain fudge at first, but then I thought it would be fun to make something a little more festive so I made Vegan Peppermint Matcha Fudge! 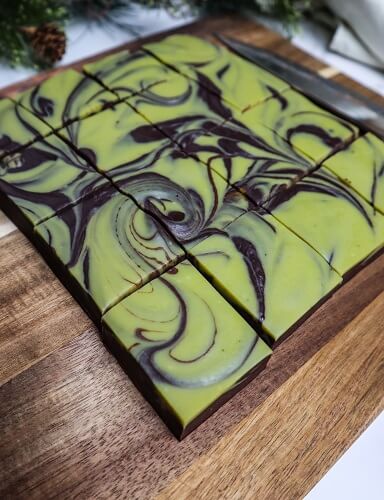 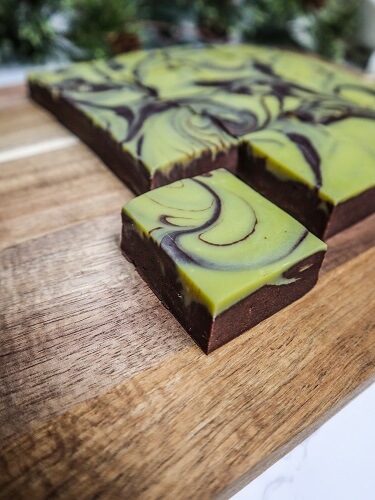 For the white chocolate peppermint matcha swirl, I used cacao butter, melted coconut butter and a bit of matcha, peppermint and vanilla mixed in and it was perfect! I swirled it into the dark chocolate and it was so lovely!  I wasn't sure how it would set up but it was just right.  After a few hours I had some delicious fudge to sample! 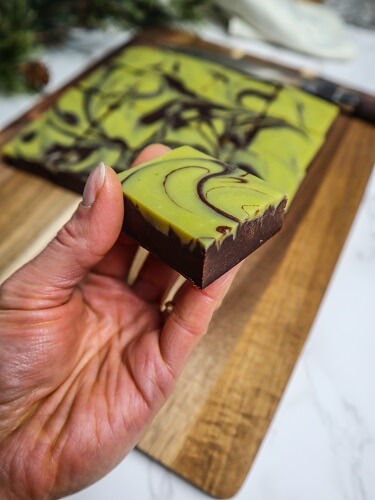 It was so delicious!  Just the right amount of sweetness and it was rich and delicious just like the fudge I remember as a kid!  I don't know why I waited until now to make vegan fudge but I should have been making it all along!  This has just the right amount of peppermint and the flavor kind of reminds me of Andes Mints but better!  If you are looking for a decadent chocolate treat to enjoy this holiday season, definitely give this Vegan Peppermint Matcha Fudge a try! 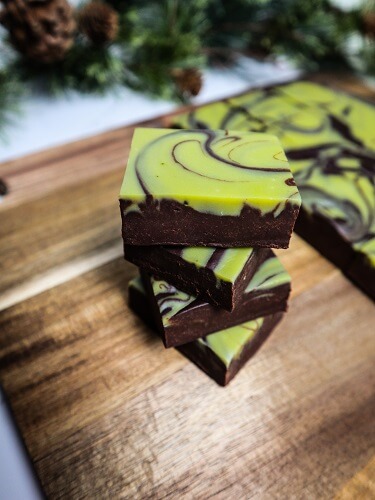 Store any leftover fudge in the refrigerator in an airtight container for up to 2 weeks, or you can freeze for a few months.