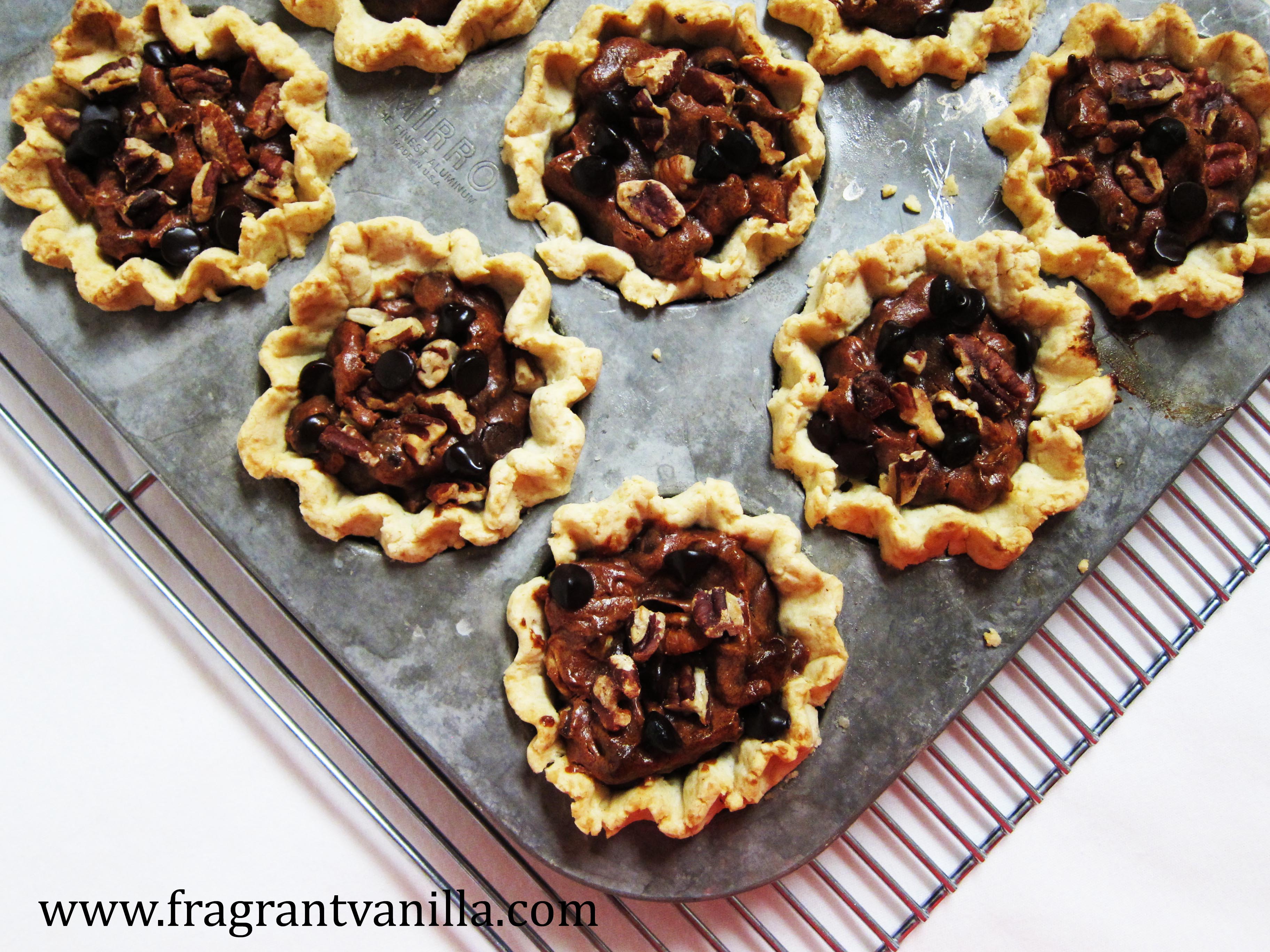 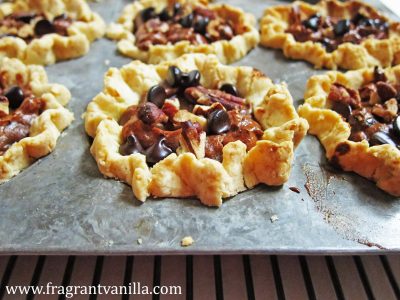 Ever since Thanksgiving, when I had made a really good pecan tart with chocolate chunks and coconut, my Mom has been asking me to make her a pecan pie or tart with cinnamon and dark chocolate.  Well, I did not get it made for Christmas.  Luckilly there were plenty of other good desserts to go around.  But I did get it made before New Years!  I don't go back on promises, and it sounded good to me as well!  I decided to make mini pies though, because my Mom is a big fan of mini desserts.  She always told me, if you make the desserts small, you can have more than one, and you can have several different kinds.  This was applied to the many batches of Christmas cookies we used to make, but I think it can apply to these little pies as well, especially if they are being served as part of a Holiday spread or New Years Eve buffet. 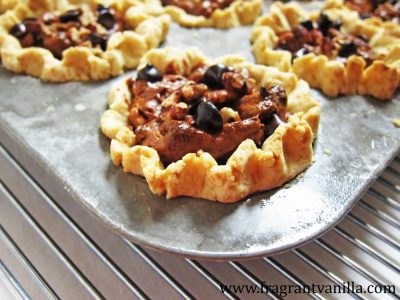 These were pretty easy to make, I used my classic gluten free coconut oil pie crust, because it always turns out perfect for me, and tastes good but also allows the flavors of the filling to shine.  For the filling, I used a date caramel with a hit of chocolate in two forms to make it extra good, cocoa powder, and dark chocolate chips.  I included plenty of pecans as well as pecan butter and was it ever delicious!  I could have eaten that with a spoon. But luckily I restrained myself and most of it made it into the crusts. 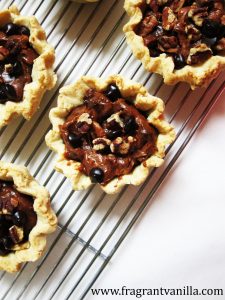 They smelled amazing while baking!  I could not wait to try them, but of course they had to cool a bit.  I recommend eating these warm, even if it is slightly more difficult to get them out of the pan at that stage.  Because the filling is gooey and amazing when they are not completely cool.  These are decadent, chocolaty, and sooo good!  They were just as good as I imagined, and my Mom loved them as well which was the important part since they were her idea.  These would be perfect as part of a New Years Eve buffet, because they are small and easy to serve! 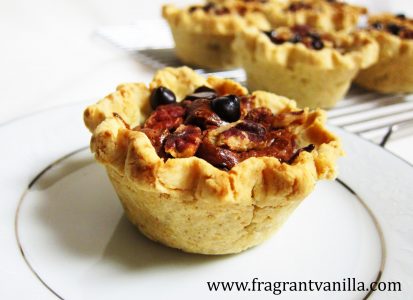 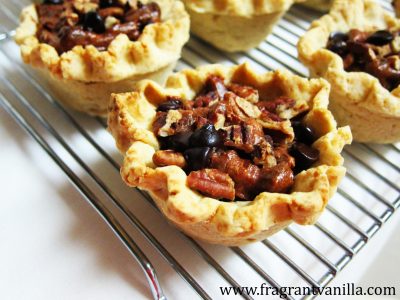