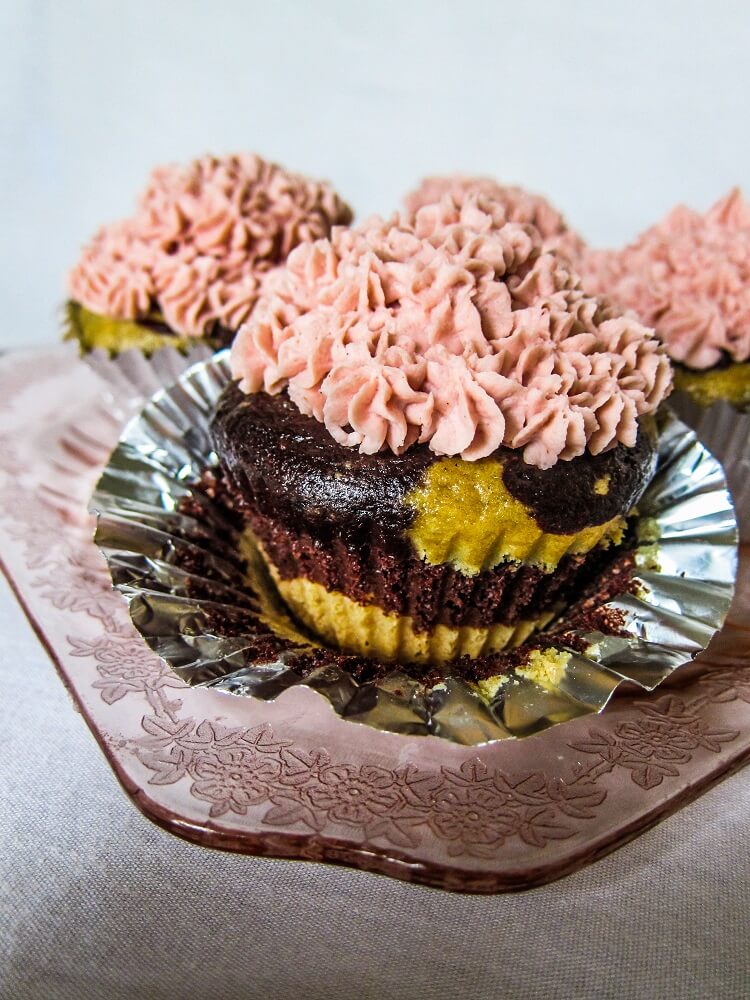 When I was a kid, marble cupcakes were always my favorite. I mean, you get the best of both worlds, chocolate and vanilla together! Also, they felt kind of special, because you usually would only get them at celebrations or birthdays! The weird thing is though, I have not really made many marble cakes since I became vegan.

The one celebration cake I made that was a marble cake was about 10 years ago when I made one for an ex boyfriend. It was one that was pretty fussy where you had to whip the eggs separately and fold them in and what not, and I made a really good vanilla butter cream to top it off. It was the best marble cake I had ever tried at that point. And all my ex boyfriend said about it was that it didn't taste like the cake at the grocery store (you know the ones made with fake ingredients and shortening?). There is a reason he is an ex lol. That cake was bomb.

I was thinking about that the other day and I decided that I kinda wanted some marble cake again. But I didn't want to make a giant cake, so I decided on cupcakes instead! After all, they are just as delicious, but less time and effort to make. The best part is, this batter is really easy to make compared to that cake I made 10 years ago that was super fussy.

I frosted them with a pink coconut cream frosting and they were super delicious! Sweet and soft with the rich chocolate cake and fragrant vanilla cake combined plus the creamy frosting! If you are a marble cake fan, definitely give them a try!

*The reason I used xylitol for this cake was to keep it pale in color.  If you do not care for xylitol, use 1 cup coconut sugar or 1 cup maple sugar instead, just keep in  mind you will get a darker color cake. Or you could just use regular sugar if you prefer that.

*Do not feed this cake to dogs, xylitol is toxic to them.