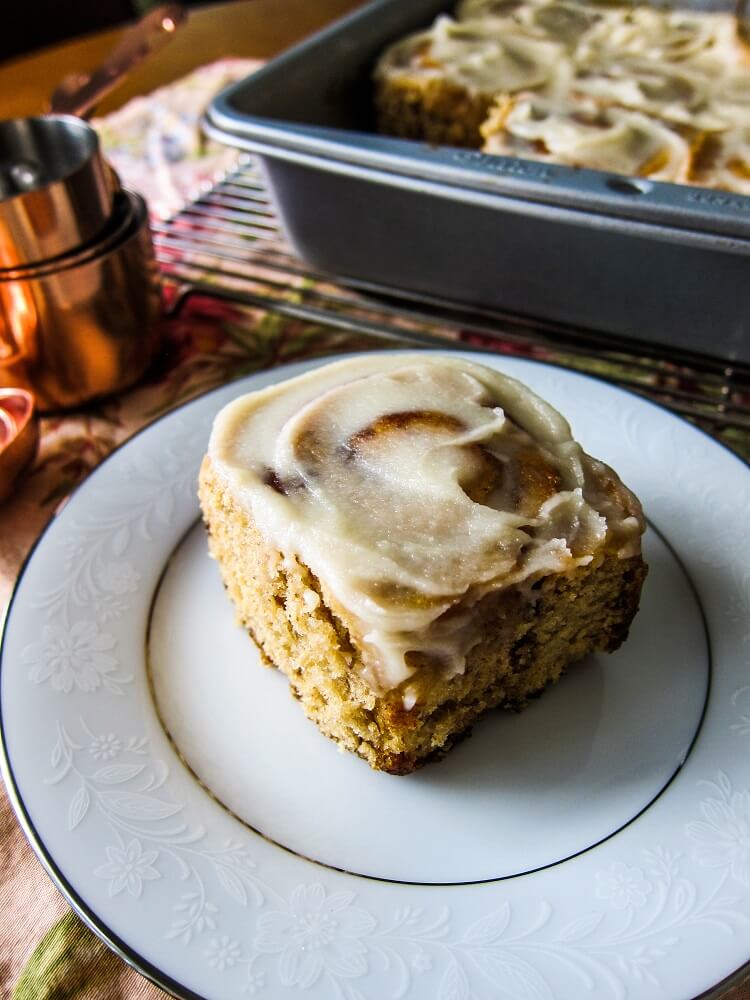 Nothing beats the aroma of freshly baked cinnamon rolls. It is such a happy smell, and one can not possibly be in a bad mood when exposed to the heavenly scent! At least I can't. I have always loved them, since I was a little kid. I used to like it when my Mom made the ones from a can with the cream cheese frosting even though they weren't home made. But what I really loved were the ones that my Grandma always bought at a local bakery. They were giant, and so fluffy, sweet and packed with cinnamon flavor, and topped off with a cream cheese icing.

Well, it has been a while since I have had a cinnamon roll. I have made caramel rolls since I went vegan, and other types of rolls but not plain cinnamon. I don't know why because every time I see them I tell myself that I need to make some because I get hungry for them. Maybe it is partly because I get a little overwhelmed with yeasted goodies sometimes because they take longer to make than say a cake that you just whip up and bake without rising time. But I had a few free hours last Sunday and I decided that baking some cinnamon rolls was the perfect thing to do.

The yeast wasn't so bad. In fact, kneading bread or roll dough is kind of relaxing and the finished product is totally worth the rising time. I just went for a walk and did other things while the dough did its thing. I decided to use maple sugar in these because I love that in combination with the cinnamon and they smelled amazing while baking!

They had to be topped with some luscious cream cheese style frosting too! So, I used a combination of Dastony coconut butter and macadamia nut butter from Raw Guru with a little maple syrup and vanilla and it was heavenly! The rolls were soft and they had plenty of cinnamon and maple flavor which was perfect with the creamy rich frosting! If you are a cinnamon roll fan, give these a try, they are totally worth the extra time!