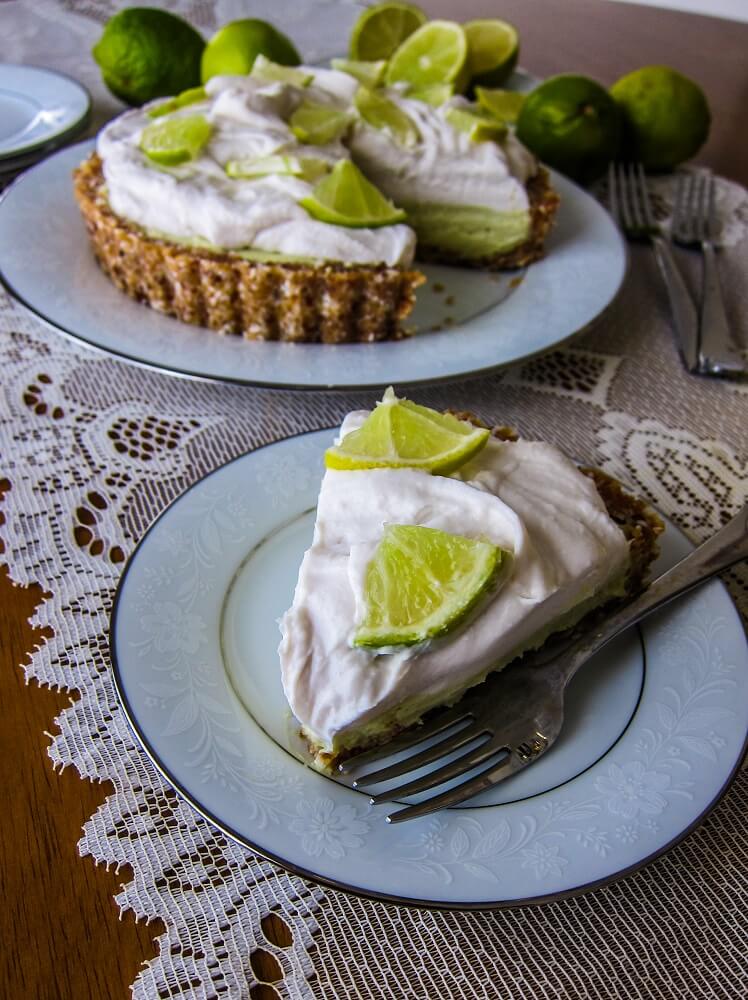 I was given a big bag of organic limes and so I thought it was the perfect time to make some key lime pie! Me not being one to make things just the same traditional way as everyone else though, decided to make a key lime white chocolate mousse tart instead. It would be like the pie, in that it would have plenty of tart lime flavor, but I also wanted the filling to have the mellow flavors of white chocolate and vanilla and a light fluffy texture. Also, I chose the tart instead of a pie because I like the fact that tarts always come out of my pans nicely because I have pans with removable bottoms. If you do a lot of baking definitely invest in some.

This tart was going to be fabulous, and just the thing to make for Mother's Day weekend. My Mom and I have always been big fans of key lime pie. We used to make it a lot when I was younger, and we both like the same balance of tart and sweet when it comes to key lime pie. It can't be just sweet it has to have loads of tart lime flavor.

For the crust on this pie, I decided to make it gluten free and combine almond flour and shredded coconut with some dates and a touch of sea salt to make a rich, super delicious tasting crust. Also, a very simple crust that doesn't require any baking which means, less time spent making this which I am all for. For the filling I used a mixture of avocado and coconut cream and it was silky smooth deliciousness! I used coconut butter as well as cacao butter to thicken it for that white chocolate flavor. It was so good I could have poured it into a bowl and eaten it like mousse but I knew it would be even better once it was combined with the crust and whipped coconut cream topping!

Once it was set up I topped it with the whipped cream and it was lovely. So delicious too! Better than many key lime pies and tarts I have tried in my lifetime with those heavenly notes of white chocolate and vanilla plus the tart lime flavor and fluffy whipped cream on top! If you are a key lime pie fan definitely give this tart a try!