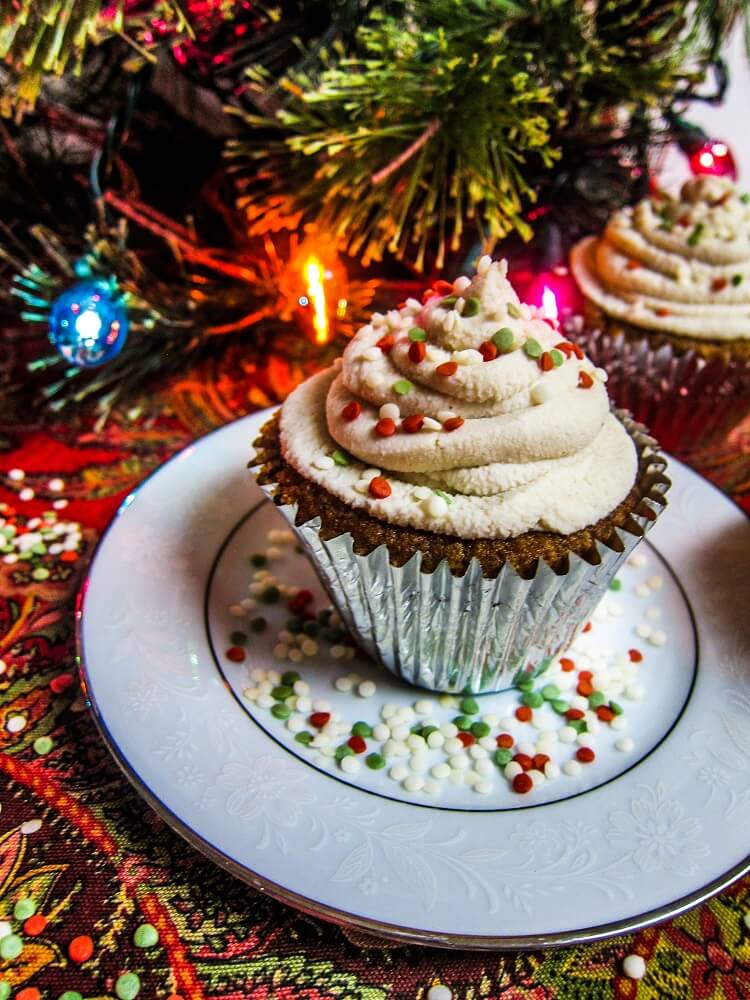 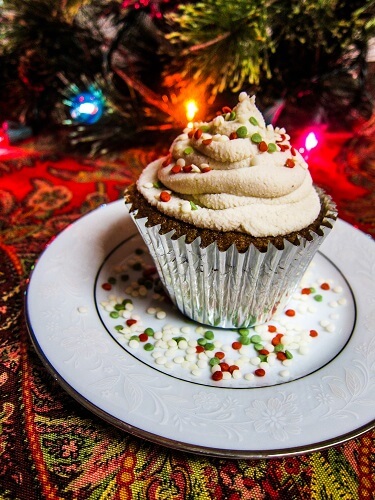 I wanted to make a festive cake for Christmas this year, but I had a lot going on, so I opted for festive cupcakes instead since they are quite a bit less time consuming but every bit just as delicious as cake.  Plus the frosting to cake ratio is perfect when I pile it high.  I am one of those people who likes almost as much frosting as cake.  I already made some gingerbread cake this year, and I have made a lot of chocolate mint stuff lately, so I decided on eggnog cupcakes.  Funny thing I didn't really like eggnog growing up because my Dad called it "egg snag" because he didn't like it and I assumed it was gross.  When I finally did try it as an adult it was actually soy nog the vegan version and I actually enjoyed it!  Ever since then I do love the eggnog flavor profile when it comes to desserts. 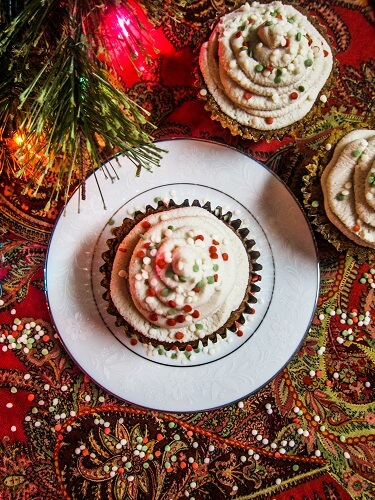 I made this cake batter a little more traditional than most of my cake batters.  I use dates a lot to sweeten my cakes, but that is mostly when I want a caramel flavor or don't mind a caramel flavor, which is not what I wanted for this particular cake.  I wanted it to have a more vanilla eggnog type of flavor.  So I used coconut milk and avocado oil (which has a buttery flavor) to keep it moist and soft.  It also had to have a hint of cinnamon and nutmeg and of course bourbon, which are my choice of flavorings when making my own home made eggnog.  The cupcakes baked up beautifully, and they smelled amazing.  But they needed an equally amazing frosting. 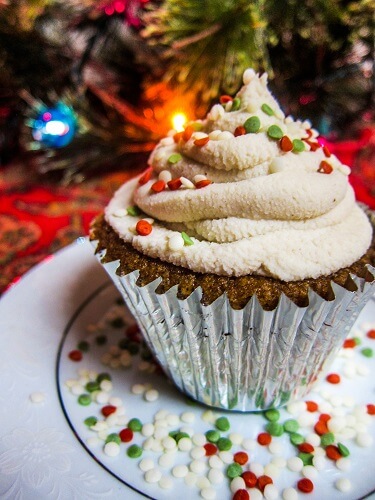 The frosting had to be rich and creamy like eggnog.  So I made it with coconut milk and cashew butter for a super creamy luscious base, with vanilla, bourbon, cinnamon and nutmeg.  It was so good I could have eaten it with a spoon like mousse.  But then I wouldn't have had any for the cupcakes!  I frosted them piled high, because that is how I like them, and topped them off with some vegan sprinkles I recently bought.  They were so good!  They tasted like eggnog, but in cupcake form!  The cake was the perfect consistency.  I am super picky, it can't be too dry or too wet and dense, these were just right.  Not only that they were so much less time consuming to make than a cake, but just as delicious!  I hope you are all having a wonderful holiday! 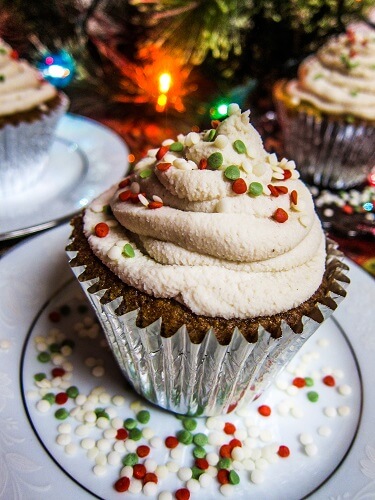 *If you make these with the xylitol do not feed them to dogs, as it is toxic to them.