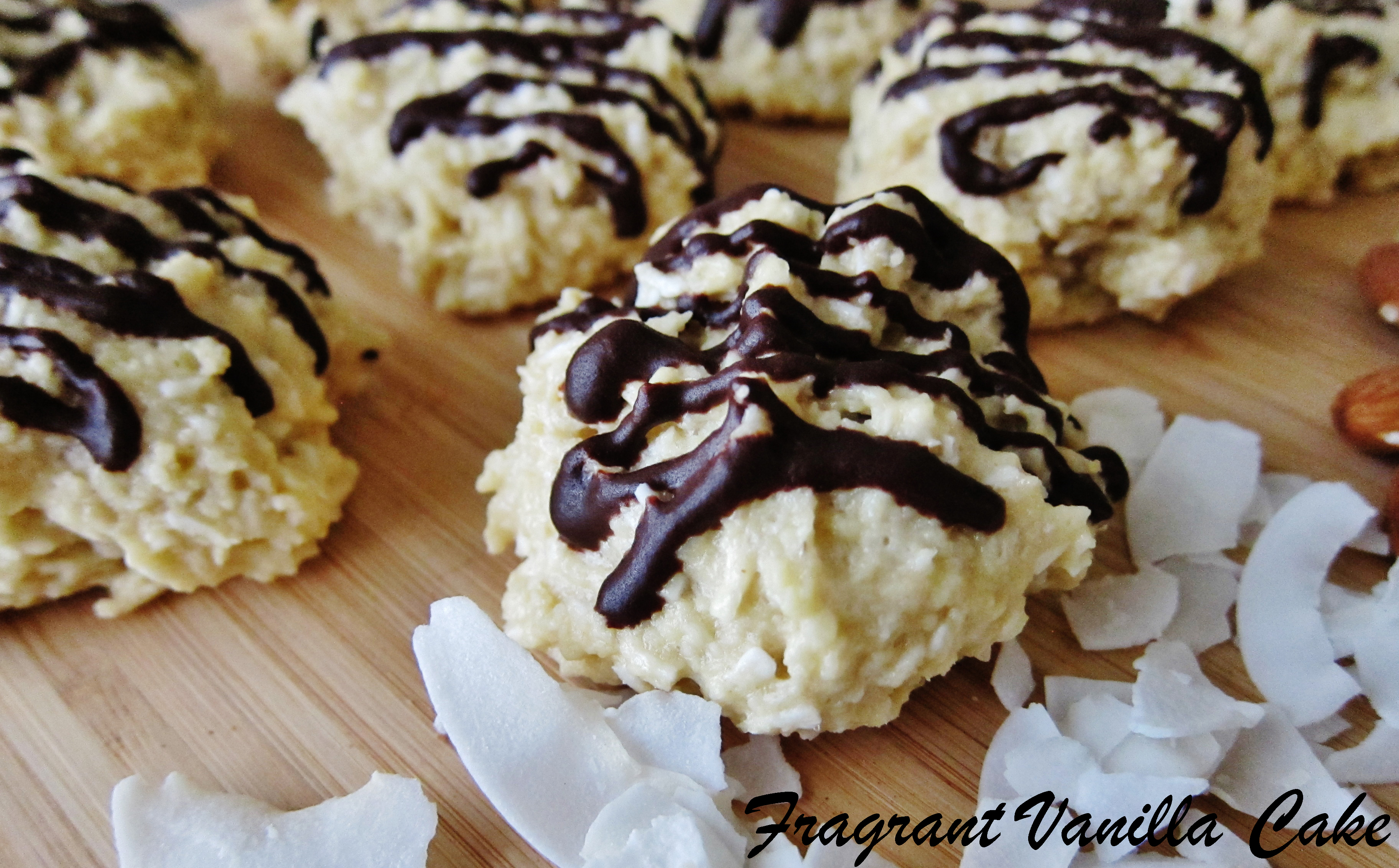 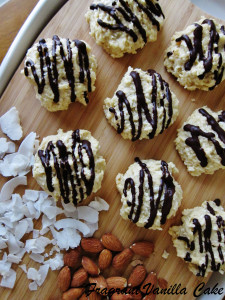 A few weeks ago, I was experimenting with making a fluffy almond cake with whipped aquafaba, and it was going pretty well.  The batter tasted amazing, and I had popped it in the oven and it was smelling amazing...when suddenly my oven had a malfunction and I started to smell it burning.  It had cranked itself up to high heat and burnt my cake, leaving it undercooked in the middle.  My oven had broken, and I ruined my cake.  I was so upset.  I am one of those people who hates to waste ingredients, and yes sometimes I cry when things like this happen.  I am still without an oven a couple weeks later, and I have been using Eric's when I want to make something, but I don't always want to go out...so my dehydrator has been getting a little more use. 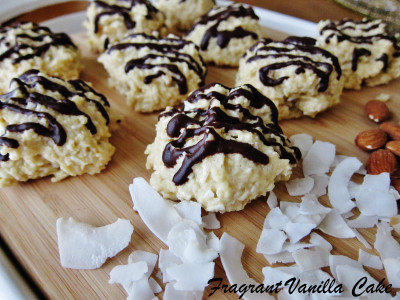 That almond cake batter had tasted so good that I wanted to make something else with that flavor and similar ingredients.  I thought about almond cookies which could be dehydrated, and I started playing around.  I made an aquafaba mixture similar to my marshmallow fluff, mixed in almond meal, and it tasted amazing, like that cake.  But...then decided shredded coconut would be even better! I tasted it and it was like coconut macaroons!  So, I decided that these would be macaroons.  Yes, I know crazy random ingredient adding process but bear with me here, they turned out better than I imagined! 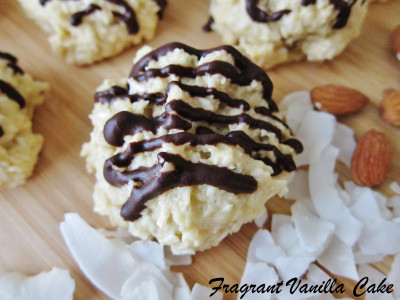 I dehydrated them overnight, and in the morning what I was left with was delicious macaroons that tasted just like the ones with eggs and sweetened condensed milk that I had eaten before my non-vegan days!  Definitely a win here.  I decided to drizzle them with dark chocolate to make them even better, and they were wonderful!  If you don't have a dehydrator, I imagine they would work in the oven at a similar temp. (or take less time to bake at a little higher temp) but you might have to experiment with the time for the baking (since I have not tried it yet, being oven less for the time being). 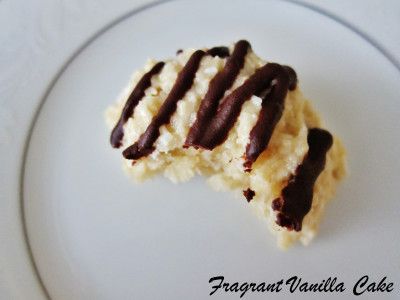 In a food processor (you may also use a stand mixer for this, I just do not have one), whip the aquafaba to until thick, then add the guar gum and continue to whip or process to stiff peaks.  Add the sea salt, and the xylitol or sugar a little at a time through the feed tube until it is incorporated, then continue to whip until the mixture is shiny and the sugar has dissolved.  Add the vanilla, and blend until incorporated.  Add the almond meal and the coconut a little at a time, pulsing until incorporated (you can fold it in by hand, but I didn't and it still worked out.  But if you are using a mixer with a whisk attachment you may want to so it doesn't get all stuck in the whisk).  Scoop out the dough by the rounded Tbsp, and place on a dehydrator tray.  Dehydrate at 155F degrees for about 13-14 hours or until firm on the outside but still soft in the middle. Let cool.

Melt the chocolate (I like to just pop mine in a bowl in the dehydrator, but if you prefer the double boiler, by all means, use that) in a bowl, and drizzle over the macaroons.  Allow to set, and enjoy!  These keep well for a couple of weeks in the refrigerator in a sealed container.

**You want the sugar to be fine so it dissolves faster and does not deflate the mixture.  I buzz mine in the blender before using if it is a more coarse sugar. If using the coconut sugar or maple sugar, it will turn your cookies light brown.  Xylitol is toxic to dogs the same way chocolate is, so if you use it as your sweetener, do not let your dog get ahold of these cookies.