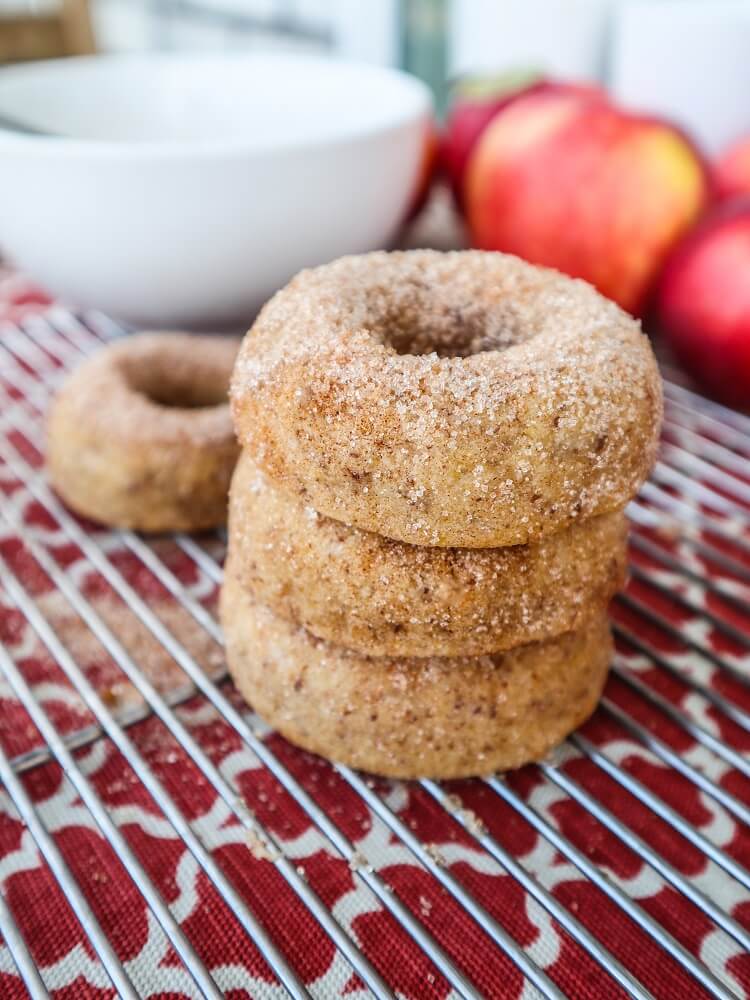 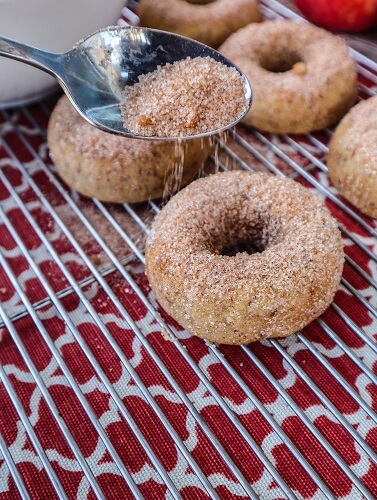 Last weekend Eric and visited a local apple orchard where you can pick your own apples.  This week they were offering sweet tango apples which are a good balance of tart and sweet, so that was what we ended up picking.  It was a beautiful day to walk through the orchard, the sun was shining and although there was a fall chill in the air I thought it was perfect to be outside!  They have a truck that sells apple cider doughnuts and they always smell amazing but they are not vegan so I told myself that I wanted to make my own when I got home because I wanted to enjoy some!  So, I used one of the apples to make some apple sauce and we had bought some cider so I used both of those to make some Vegan Cinnamon Sugar Apple Doughnuts! 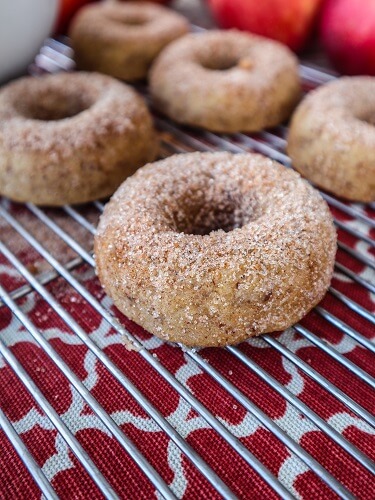 Maybe some day they will offer some at one of the orchards, but until then I think it is kind of fun to make my own since I do own a doughnut pan that I might as well get use out of!  They are really actually quite easy to make and you can be enjoying warm doughnuts within 45 minutes or less!  I really do think they should be served warm, I used to love warm mini doughnuts that I would get at the fair when I was little.  These are baked not fried though so slightly less bad for you.  Plus I use better ingredients. 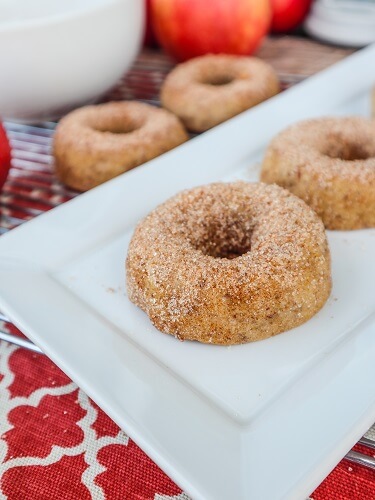 I used whole wheat pastry flour for these but if you wanted to use all purpose flour instead you could use that and they would be a little lighter in color.  I included a little bit of cinnamon in the doughnuts as well as vanilla to give them a heavenly aroma!  I also used both a little apple sauce and apple cider since these are apple doughnuts after all, and it made them moist and light.  The batter tasted wonderful even before I baked them and smelled even more heavenly while they baked! 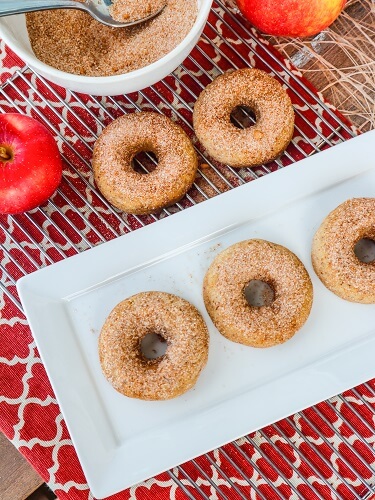 I could not wait to try one!  And I didn't have to wait long because these are best coated in cinnamon sugar while warm.  I spritzed them with a little avocado oil to help the cinnamon sugar stick to them but if you didn't have a spray you could lightly brush them instead.  They turned out super delicious!  I have really missed warm cinnamon sugar doughnuts and the apple was a nice seasonal twist!  If you are in the mood for some delicious doughnuts, definitely give these Vegan Cinnamon Sugar Doughuts a try! 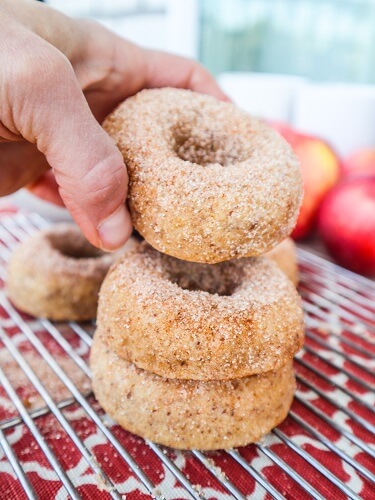 The doughnuts keep for up to 1 week in an airtight container in the refrigerator or 2-3 days on the counter.  You can freeze them for up to a few months.