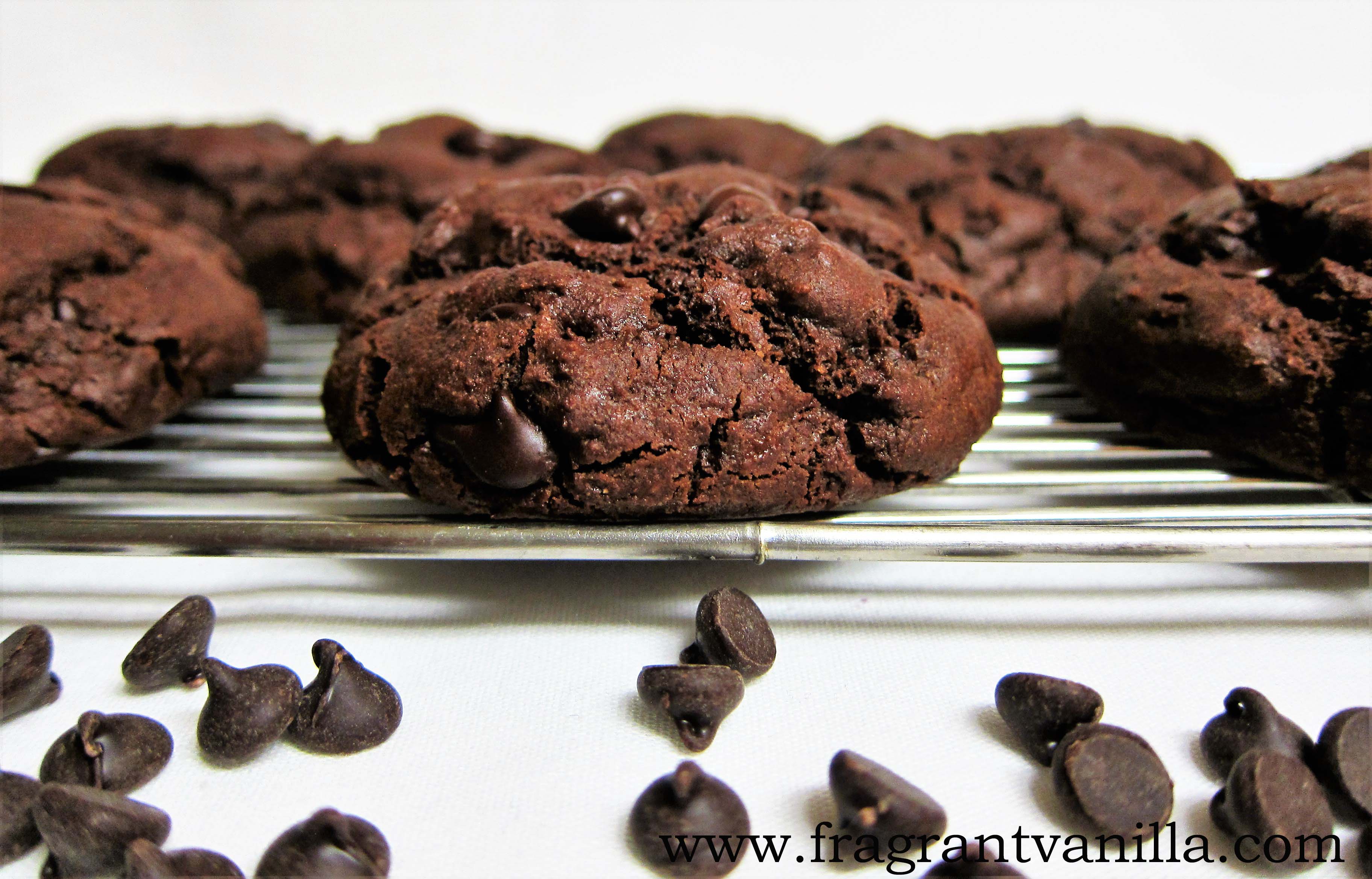 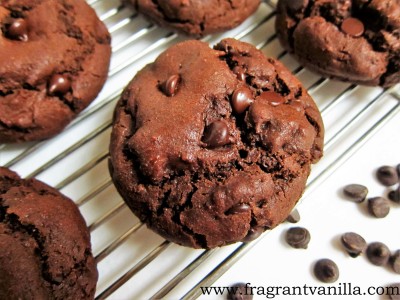 Last Friday I was in a really good mood.  It was a good day.  I got a good run in in the morning, which always combats any stress that might happen later, work went well, I felt like I kicked butt getting things done, and it was a beautiful day. 70F degrees and sunny, which is a pretty awesome feeling, since it means that winter is finally gone (it has been Spring for a while, but the weather hasn't always felt like it).  As I was on my afternoon walk, I decided that I needed to end the day baking cookies.  It is something I usually reserve for my days off, but it was Friday and cookies sounded wonderful. I had some aquafaba butter also that I wanted to try using in a cookie recipe so it was perfect!  I was in a chocolate craving mood as well, so these had to be chocolate cookies.  I almost made just regular chocolate chip cookies, but I opted instead for vegan chocolate lover's brownie cookies instead.  Why not go all out and make something decadent?! 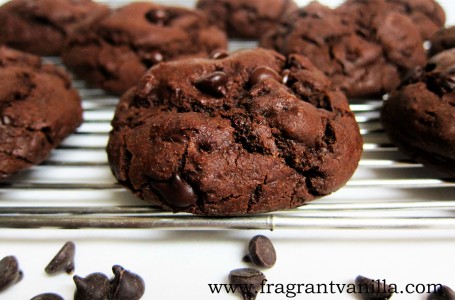 We make a double chocolate cookie in the deli where I work, and they always smell amazing like brownies baking when they come out of the oven, so that was sort of my inspiration.  They are not vegan, so I have never had one, so I was excited about making my own.  I made a rich dough with the aquafaba butter that was so good I could not stop snacking on it. The cookies smelled even better than the ones at work while they were baking and when they were out of the oven and still warm and gooey...oh they were sooo good!  If you love chocolate as much as I do, definitely get on baking these! 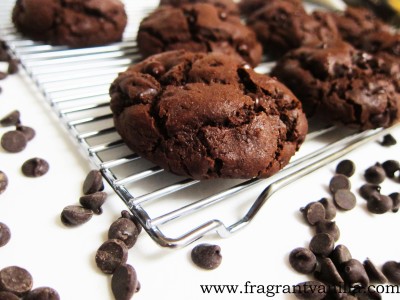 Meanwhile, in a large bowl, aquafaba butter with sugar and mix until well combined.
Mix in the vanilla extract, and aquafaba until well combined.
Add the cacao powder, baking soda and salt then the flour, a cup at a time, mixing between each addition, until well combined.
Mix in the chocolate chunks. Place in the freezer for about 30-45 minutes until firm enough to scoop.
To bake, Preheat your oven to 350F degrees. Line 2 large baking sheets with parchment paper. Roll balls into about 1 inch balls, and place on prepared cookie sheets a couple inches apart. Bake for about 10 minutes, until puffed and just starting to brown slightly (but do not overbake or they will not be chewy).  Remove from the oven and let cool on the pan a few minutes, then remove to a wire rack to cool.  Repeat with remaining cookies and let cool completely.
*If you do not want to make aquafaba butter, coconut oil may be used in this recipe instead, just keep in mind the texture of the finished cookies will be slightly different, a little less chewy.
**Aquafaba is the liquid of canned or cooked chickpeas. You want it to be thick like egg whites, so if yours is not thick, reduce it in a saucepan until it is.  Make sure it is cooled before using in the recipe if you have reduced it. Flax eggs can be used in place of the aquafaba also if you prefer, just use 2 Tbsp ground flax seed mixed with 6 Tbsp water, and let it sit for 15 minutes before using in the recipe.
***If you are using home made chocolate as I often do, hold off on mixing it into the dough, and press it into the cookies just as they come out of the oven.  This prevents it from melting all over.