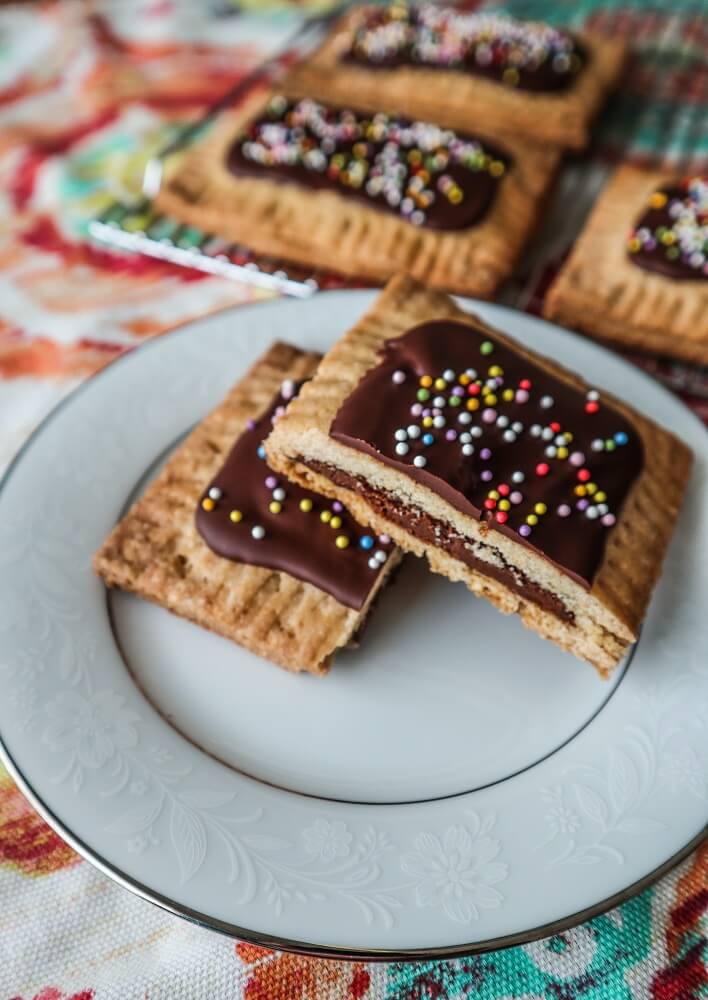 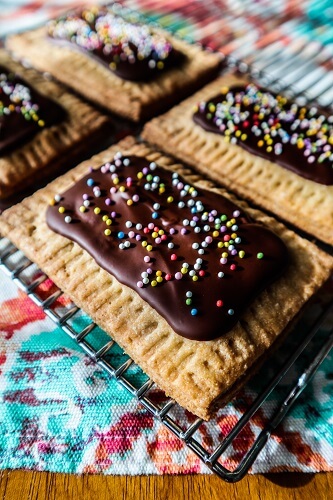 I loved Nutella as a kid.  I remember thinking it was pretty awesome that I could have chocolate on toast for breakfast (because it pretty much just tasted like chocolate with not much nut flavor since it is so sugary).  It is pretty much dessert after all.  My Mom wouldn't let me eat it all the time for that reason, and so it felt like a treat.  I still love the chocolate hazelnut combination and even make my own nutella sometimes, but it is definitely a healthier version with hazelnuts as the first ingredient and not sugar. 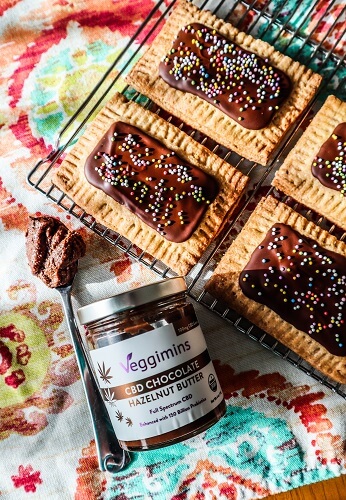 There are a few vegan nutella brands that I like too, like the Rawmio Chocolate Hazelnut Spread and CBD Chocolate Hazelnut Butter from Raw Guru.   They are delicious just with a spoon or in recipes.  They recently sent me some of the CBD Chocolate Hazelnut Butter and I decided to make some pop tarts with it.  Pop tarts were another thing I loved growing up, and I enjoy making home made ones.  They are way better than the store bought versions ever were, more like mini hand pies because the crust actually tastes good. I thought nutella ones would be heavenly! 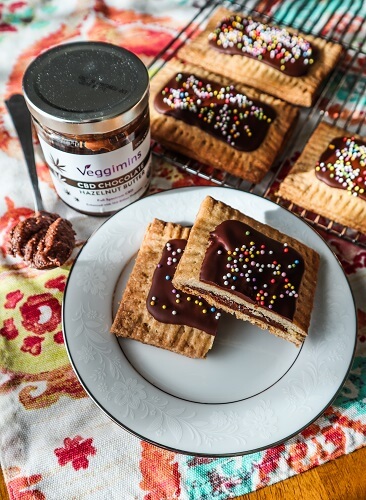 So I made my classic flakey coconut oil pie crust for the outside, and used that hazelnut butter for the filling.  They actually were pretty quick and easy to make, since I already had the hazelnut butter.  But if you would rather make your own instead of using store bought I have included instructions at the bottom for that as well.  Don't have hazelnut butter?  Use your favorite nut butter, it will still be amazing! 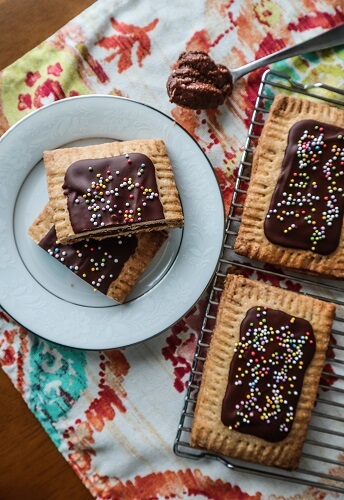 These smelled amazing while baking.  Like chocolate pie! I could not wait to try them!  But I let them cool down first, and then added a dark chocolate glaze.  Since pop tarts are just so much better with a glaze.  They were totally heavenly!  My 8 year old self would have loved them!  If you are a nutella fan, give these a try! 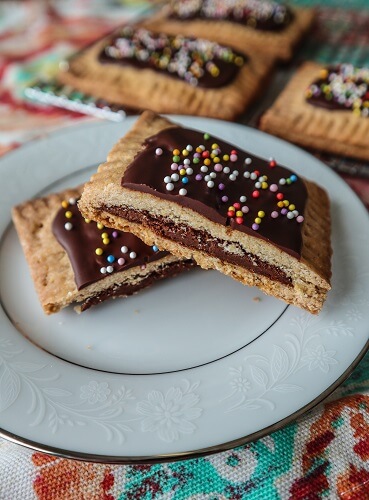 *If you would prefer to make your own filling, you can mix together 1 cup hazelnut butter with 1/4 cup unsweetened cocoa powder and 1/4 cup maple syrup (or to taste) and 1/4 tsp sea salt.