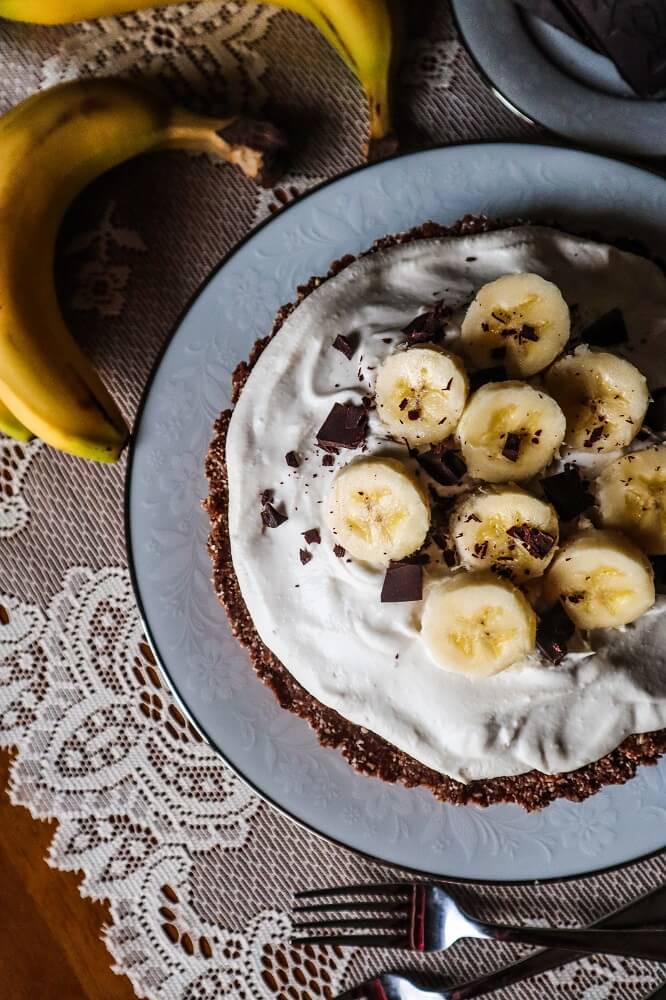 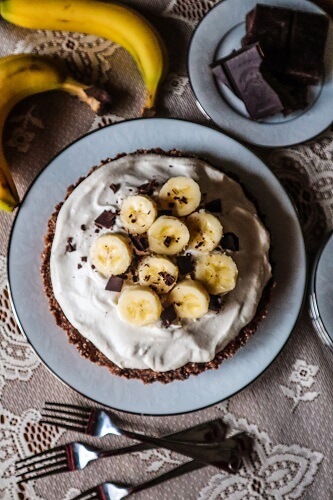 About 10 years ago, there was a really good local upscale restaurant (that has sadly since closed) that my Mom and I would visit often, and they had amazing banana cream pie.  I can't say that I had eaten much banana cream pie before I had it there, but after I had tried it, I ended up making my own at home quite a few times because I craved it and it was so good!  I love recreating things I try when I am at restaurants.  It has been ages since I made a banana cream pie though, I don't think I have made one in 2 years.  So I figured it was about time!  Last week I made a chocolate banana cream pie! 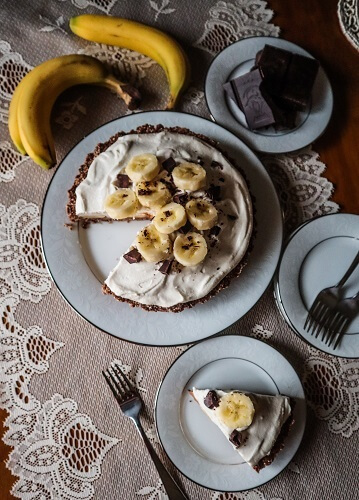 I had bought a whole bunch of bananas, but wasn't feeling like just eating them by themselves and they were getting perfectly ripe, so it was perfect!  Also, my Mom's birthday was last weekend and since she enjoyed that other banana pie so much, I thought this one would be good to share with her! She is not really a cake person, so I don't usually bake a cake for her birthdays, usually a pie.  I knew this one was going to be good! 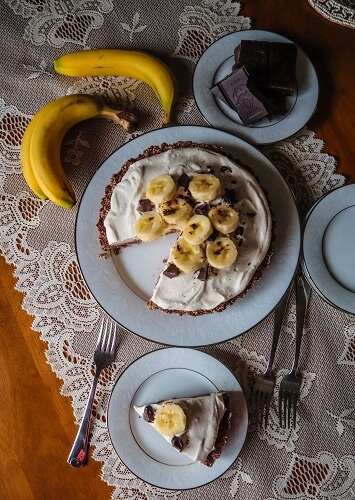 I thought about making a baked crust, but I wanted a chocolate crust, and not one made from cookies so I made a no bake press in crust instead and it worked out great plus was much easier to make.  For the filling, I used plenty of bananas with cashew butter and coconut butter to create a creamy dreamy texture.  It tasted amazing too!  Like chocolate banana ice cream.  Maybe I just think that because I am a fan of nice cream (banana based ice cream) and I used to make that often, but it is so good! 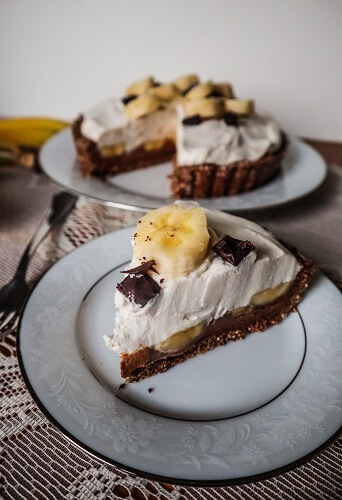 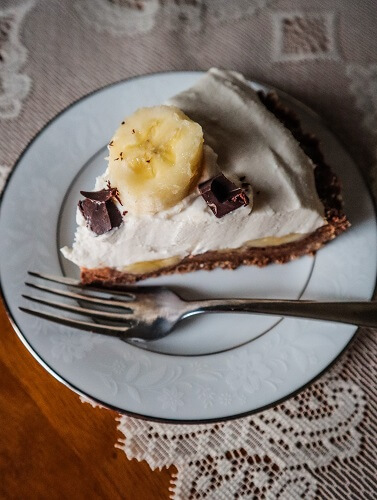