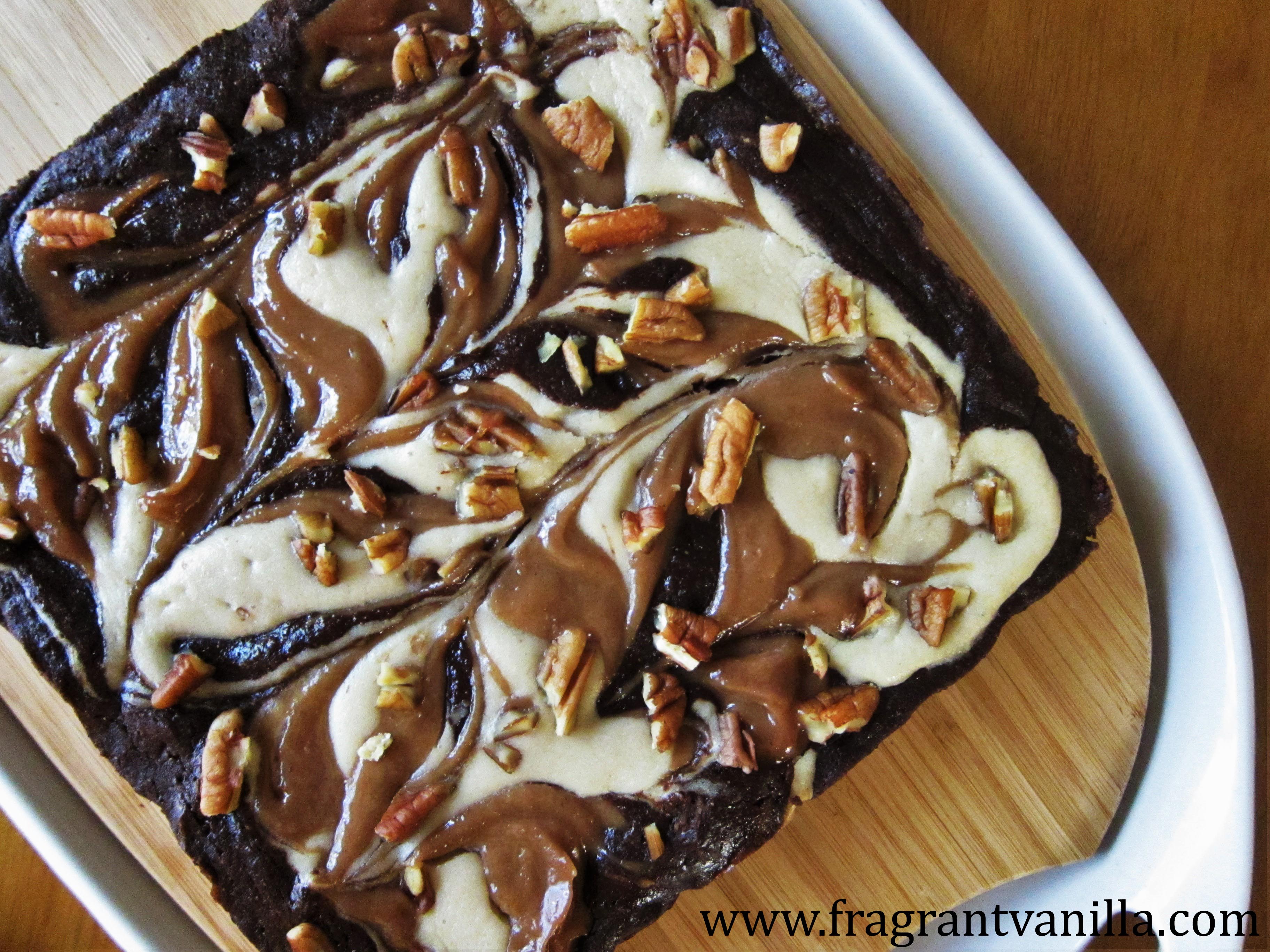 One time, back when I was in high school, I had to bring a dessert to a cross country banquet to share, and my Mom decided to make brownies.  Now mind you, we did not make them from scratch, we bought the mixes at the store, and at that point in my life I could not even imagine making brownies from scratch.  We were making some turtle brownies this time.  They came out of the oven lovely and smelling like decadent chocolaty goodness, but they had to cool on the counter.  We had to go somewhere, and thought nothing of leaving them out in the open, because our Maine Coon cat Heather was well behaved and never jumped up on counters as far as we knew, but when we got home, guess who thought that the brownies smelled good too?  We caught her up on the counter licking the caramel. Bye bye brownies, we had to start over, and luckily Heather did not get sick, but it was kind of funny.  I guess cats sometimes get sick of cat food and want goodies too. 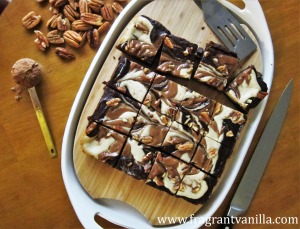 Speaking of caramel in brownies...I  made some brownies with caramel in them on my day off this week and they were amazing.  I had leftover caramel from another dessert I had made, my delicious date caramel recipe that I make often for anything and everything, and I decided it would be awesome in brownies.  But not just brownies, cheesecake brownies with pecans. I was going for pure decadent rich deliciousness here.  I mean, I knew they would be good, but they FAR exceeded my expectations.  I used a mixture of pecan butter and avocado oil in the brownie part instead of coconut because I don't like how hard coconut oil gets when cooled in desserts.  This made them fudgy and rich.  For the cheesecake part, a mixture of coconut milk and cashew butter because I think this gives it the best flavor, and this stuff was so good I could have eaten it with a spoon. once combined with the caramel and pecans and baked...wow, did it smell amazing! 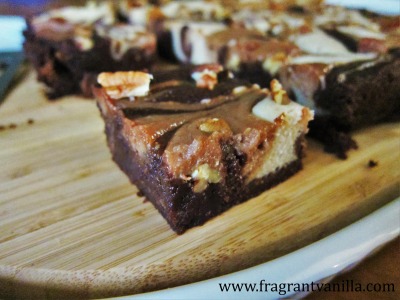 I let them chill overnight, which was really hard considering I wanted to try them so bad, but I wanted them to cut nicely.  It was well worth the wait.  They were decadent, rich, and delicious.  You would not be able to tell that these are vegan, refined sugar free, and gluten free at all, they taste like regular brownies.  These are honestly the best brownies I have made, and I would proudly serve them to a group of omnivores!  Thumbs up from my taste testers too, bet you can't eat just one! 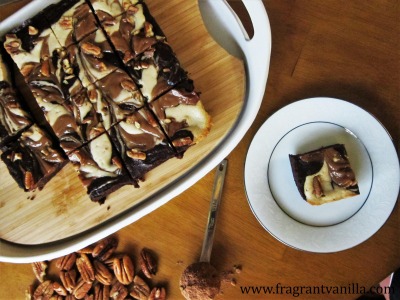 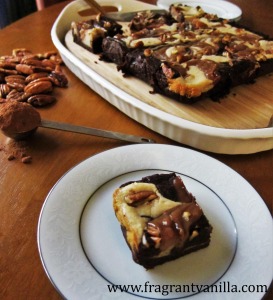