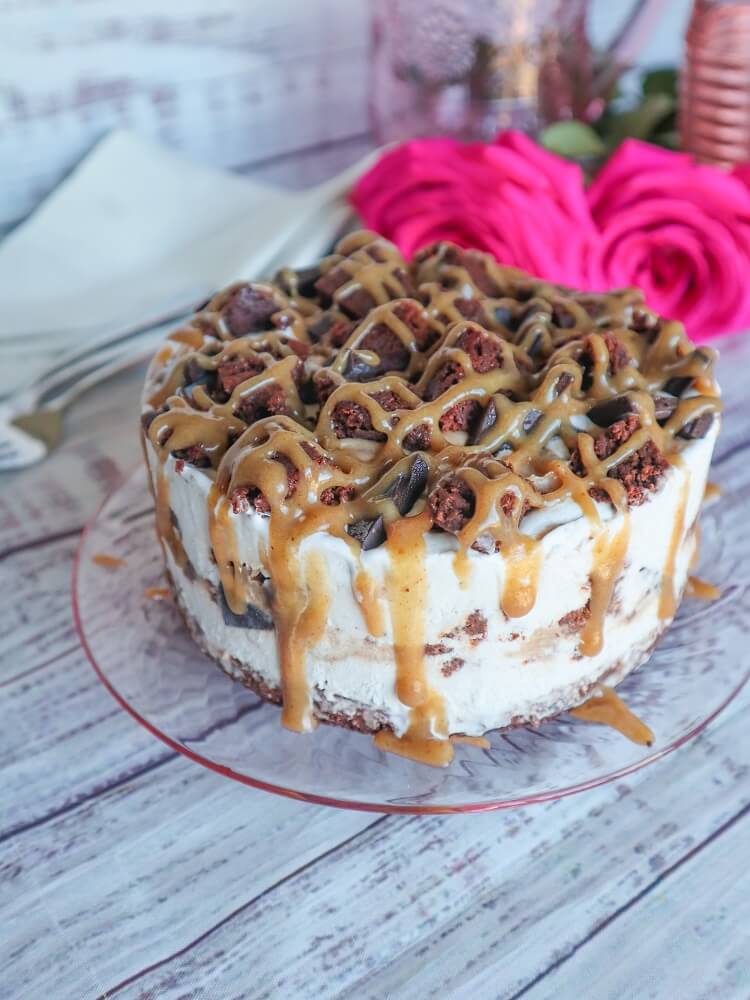 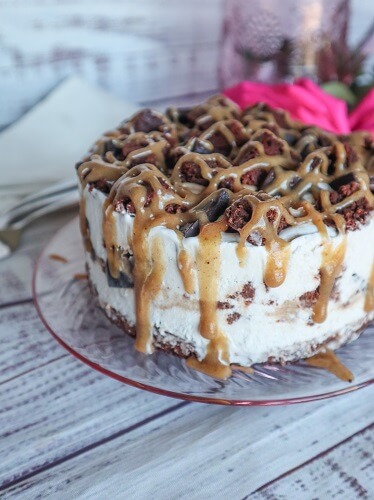 It has been warm every day here in Minnesota, and although I am somewhat getting used to it, ice cream still always sounds good.  I like a dish of regular ice cream, but this week I decided that what sounded really good was an ice cream cake!  I always loved Dairy Queen ice cream cakes growing up, especially that gooey fudge in the middle and crunchy cookies (because I am a big texture person).  So now when I make an ice cream cake I love add ins!  This time I made a Vegan Brownie Caramel Ice Cream Cake and it turned out awesome! 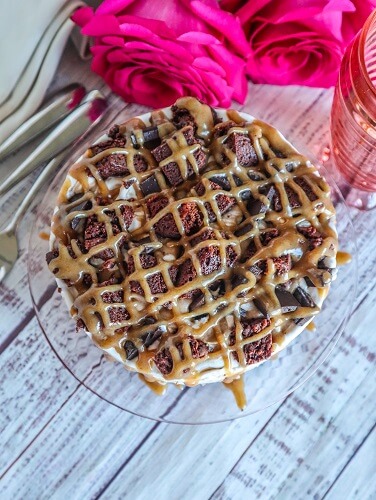 I had a few pints of vegan vanilla ice cream on hand and rather than just scoop it into a bowl with toppings like I usually do, it became this cake. Do I usually make my own ice cream?  Yes.  But I was gifted this ice cream, and I feel like when you are making a cake with ice cream it is a lot easier to make it with store bought for one less step. I used vanilla but honestly if you are a chocolate lover I feel like this would be awesome with chocolate as well!  For the crust, I decided to make it brownie, and what I ended up doing was one batch of brownie batter, half of which became the crust, and the other half was to be crumbled into the cake.  It worked out perfectly, and Eric and I enjoyed a few of the leftover scraps that didn't make it into the cake as I waited for it to set up. 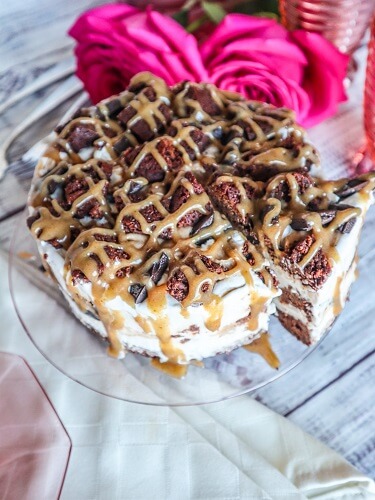 I decided to make a date caramel to swirl into the cake. It was either that or fudge, but honestly date caramel is my favorite and I already had other chocolate elements to this cake. Date caramel is really easy to make in a high speed blender, for mine I just used dates, cashew butter, maple syrup, sea salt, vanilla and water and it came out lovely!  The last element of the cake was adding in chocolate chunks for another addition to texture elements. 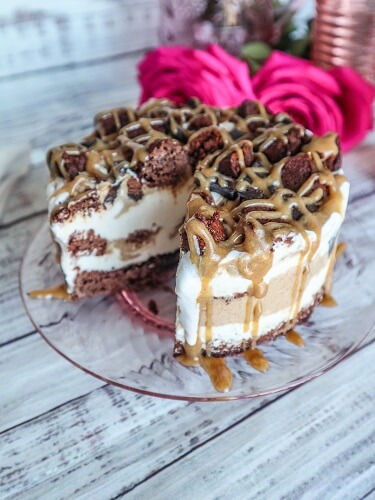 This cake turned out heavenly!  This is perfect for summer, and I think I would have enjoyed this much more than an ice cream cake as a kid for my birthday.  Maybe you have a birthday coming up, and you could make this Vegan Brownie Caramel Ice Cream Cake for it (or have someone else make it), or you could make it because ice cream cake is amazing!  Either way, you should definitely give this a try if you are craving something sweet! 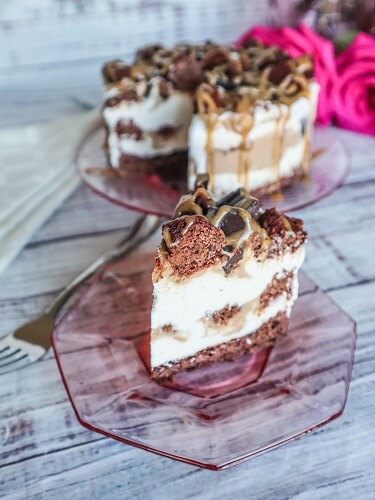