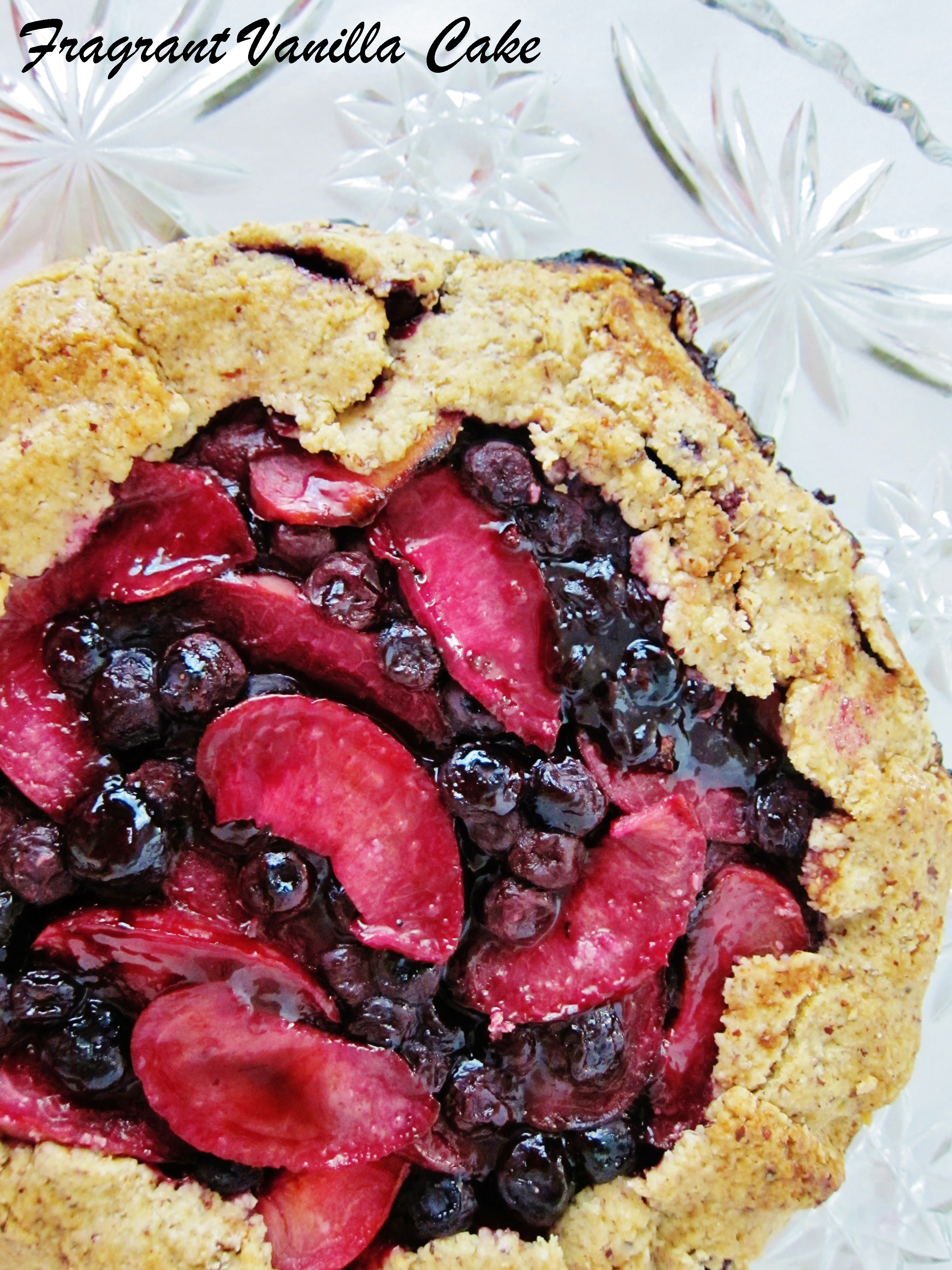 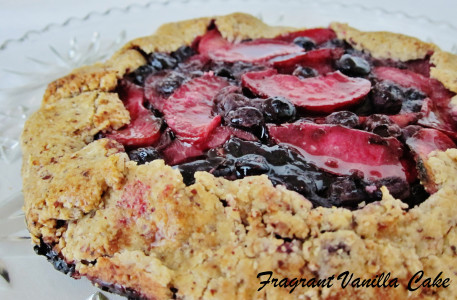 I was really craving some blueberry pie last week.  But I had two problems. First, not enough blueberries to make a whole pie, and second, not enough time to make a pie. Because all that rolling and chilling and shaping, then waiting an hour for it to bake...yeah I did not have time. But I got some pie, just not in the usual form.  I made a galette instead.  A lazy free form pie that requires less time...but tastes equally as good.  I got around the blueberry problem by adding sweet pluots, which are amazing this year. 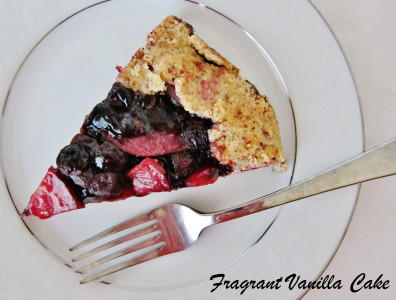 For the crust I wanted something a little different than the usual plain flour, so I added some hazelnut meal and it made it so buttery and delicious!  It ended up tasting like a shortbread crust with the rich coconut oil and nutty hazelnuts added and melted in my mouth as it was delicate. 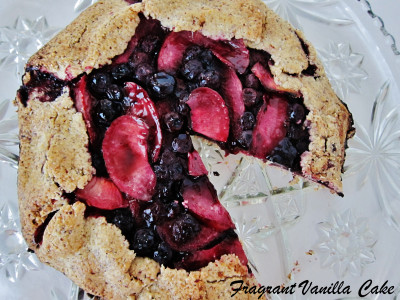 The filling was jammy and delicious, the blueberries and pluots melting together into the perfect combination of tart and sweet but not so sweet that you could not taste the fruit.  It was delicious on its own, but the second day I enjoyed it with a dallop of coconut whipped cream left over from another dessert and it was pure heaven.  Two things.  If you have access to pluots this year, buy some they are amazing. And...you have to try making this. It is so good.  If you are not a typical baker and are worried about neatness, no worries.  This is a non-fussy not meant to look perfect dessert. 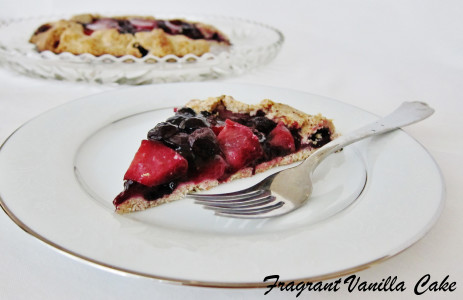 To make the crust, in a large bowl, mix together flour, meal, sugar, and sea salt.  Cut in coconut oil with a pastry blender or 2 knives until it is in pea sized pieces.  Mix in just enough water to create a smooth dough that holds together but isn't too sticky.  Add a touch of water if needed, and knead slightly until a smooth dough is created.  Divide into 2 pieces and shape into rounds (if it is too soft, refrigerate for about 15 minutes to firm it up slightly.  You want it pliable, but not super soft or it will be hard to shape).
Roll each out into a 14 inch round using parchment underneath and floured rolling pin.  If it tears, no worries, just press it back together and patch it up.
Preheat oven to 400F degrees.  To make filling, mix together all ingredients in a large bowl.  Pour filling into middle of dough rounds (leaving a 1 1/2 inch boarder), then carefully fold up edges to cover the edge of the fruit. Brush edges with a little coconut milk, and sprinkle with sugar.  Place in the oven.  Bake for 45 minutes (checking after 20 and if they are very brown, if they are tent with foil) until bubbling and fruit is tender.  Remove from oven and let cool on a wire rack for at least an hour.