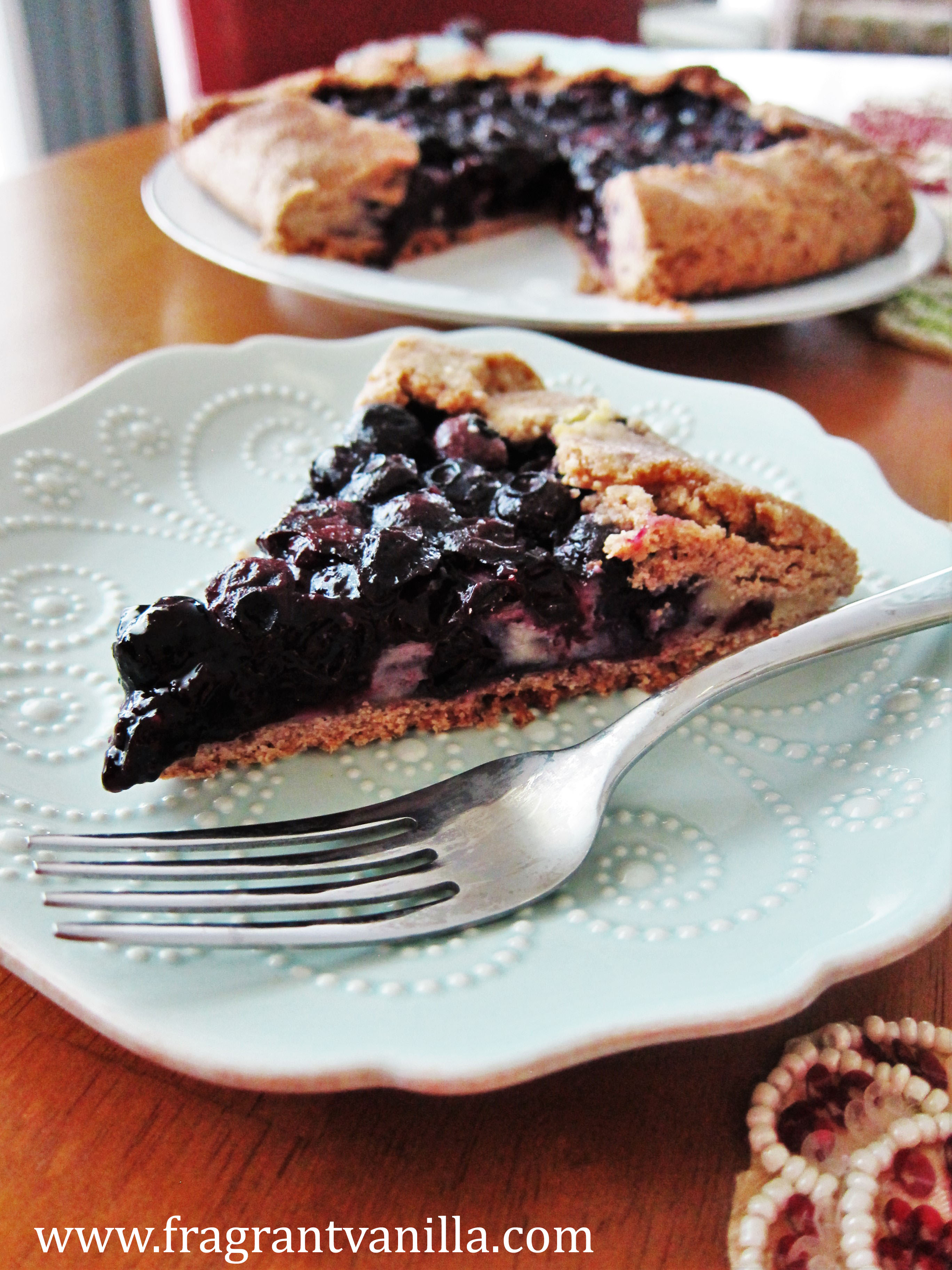 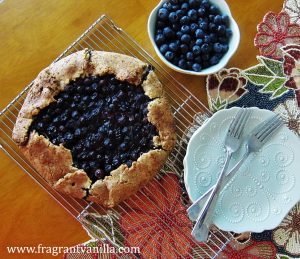 I hope you all had a good weekend, I certainly did!  Usually every year I go to the Minnesota State Fair, but Eric and I are both not wishing to spend a lot of money lately and it ends up costing a lot, so we decided to go on another fun outing instead.  What we decided to do beats walking around in crowds and eating greasy food any day. We decided to make a trip to Taylor's Falls and go for a hike, then visit Wild Mountain Winery afterwards for some wine tasting.  It was a great idea!  Taylor's Falls is always beautiful, and you get the feel of going up north without having to drive too far out of the city, plus the views on the trail are beautiful!  We hit up the winery afterwards, which is always a good way to spend your day off, and tasted some delicious wines.  This is actually my favorite winery, because back in 2012 when they first opened, they had a Facebook giveaway for a case of wine and I happened to win it!  I was super excited.  But not only are their wines delicious, the people who work there are really nice, and you can even walk through the vineyard and get a look at the wine grapes!  It is a very relaxing place to be! 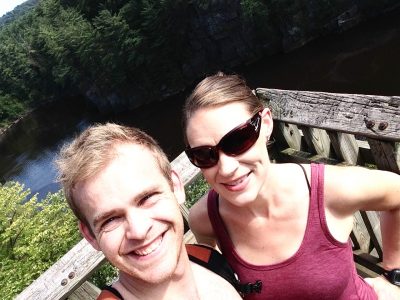 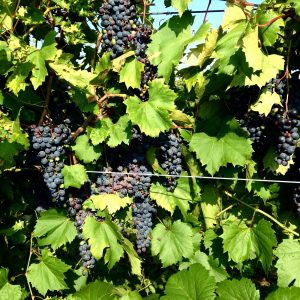 All that hiking and wine had me and Eric hungry, so luckily I had dinner and some fabulous dessert all ready when we got home.  That fabulous dessert I am talking about was a vegan blueberry cream cheese galette.  I was craving blueberry pie, but to be honest I didn't feel like making a fussy pie so I went for a rustic galette instead.  Funny because when I had the idea to make it in my head my Mom asked me, "When are you going to make one of those rustic pies again?"  And suggested that I share when I did.  There was plenty to go around and share and I ended up sharing with several family members since even after Eric and I had big pieces there was more left because this recipe makes two.  I made the crusts for these a little different than my usual, using organic whole wheat pastry flour with pecan meal to make it extra delicious and rich.  Instead of using just coconut oil for the fat in the crust, I used mostly pecan butter and a little coconut oil as an experiment to see how it turned out.  The result was a flaky, buttery and delicious crust! 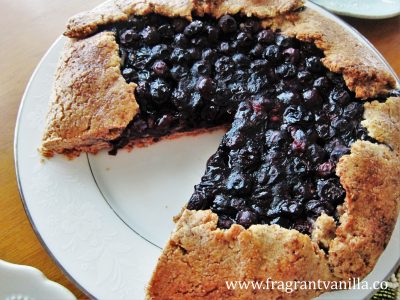 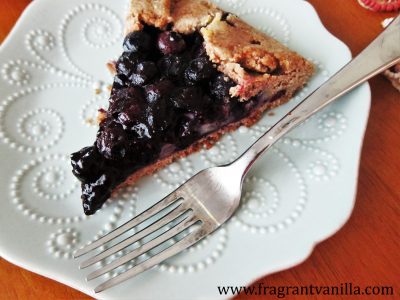 For the cream cheese filling I used a mixture of coconut milk and cashews  which makes the best substitute as far as I am concerned in vegan baked goods.  It is crave worthy when baked into things and this was no exception.  I kept the blueberry part of this galette simple to allow the blueberries to shine.  Once all baked up, it smelled amazing.  It was even more delicious than it smelled too!  You would never know this was vegan by tasting it, and I got a thumbs up from everyone who tried it.  If you have some fresh blueberries on hand, you know what to make! 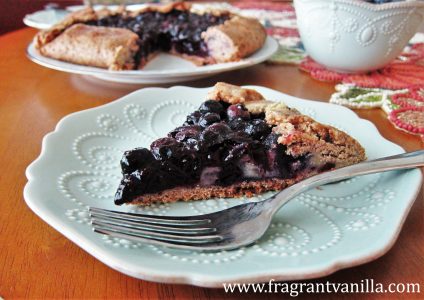 Crust:
Cream Cheese:
Filling:
Directions:
*If you want this to be gluten free, Gluten Free All Purpose Flour or Gluten Free Oat Flour will work as well in this recipe (the same amount substituted for the whole wheat flour).
**To make pecan meal, place 1 cup pecans in the blender and buzz until fine like flour. Almond flour may also be used in this recipe.
***If you do not wish to use pecan butter, 1/2 cup coconut oil may be used instead (along with the 1/4 cup already in the recipe).