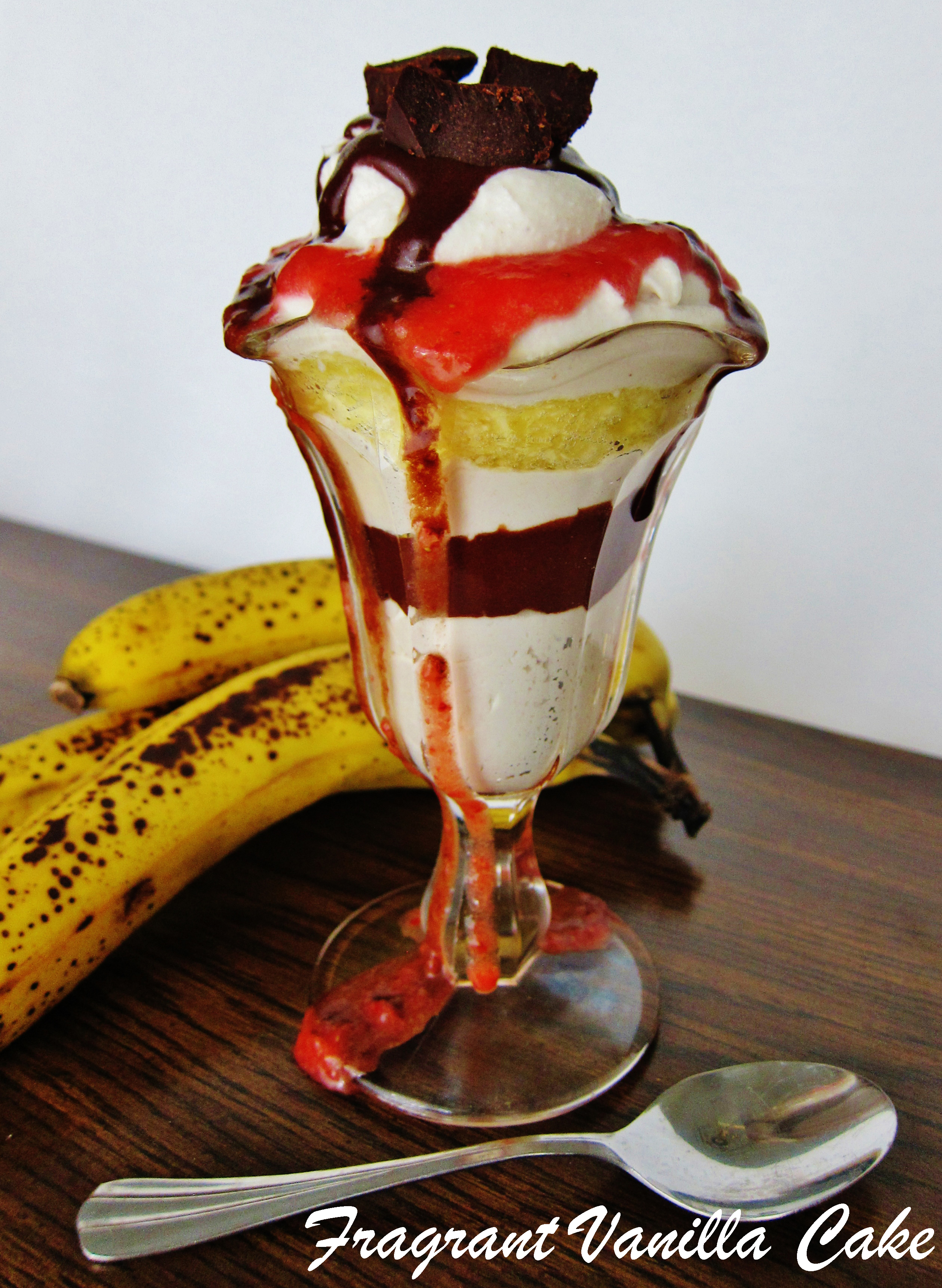 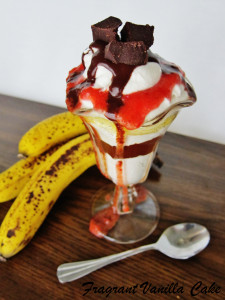 Sometimes I run into writer's block in the recipe department when I have a lot of other things going on in my life.  Luckilly though I have a few special people around me that help to inspire me when I am feeling a little uninspired.  I asked Eric what I should make last week, and he said banana split, and parfait.  Now, banana split was a bit too much work considering it was a work night and I had only about an hour to make something (ice cream has to chill and you have to make several different kinds and what not).  But parfait I could do.  Then it came to me...banana split parfait!  Less work than making ice cream, but still just as delicious.  Eric liked that idea too so I went with it. 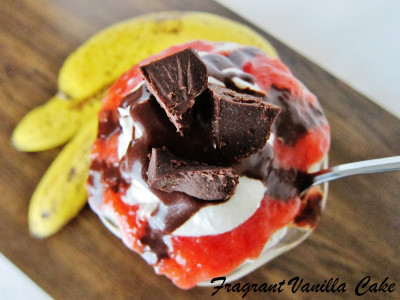 I made a coconut banana cream for the creamy part of the parfait, and it was dreamy. I figured instead of just sliced bananas, including them in the cream would make it easier and also a little lighter than just having plain coconut cream.  I made the classic sauces for a banana split, pineapple, strawberry, and fudge.  The fruit did not even need sweetener it was so flavorful.  Eric got his banana split, and parfait, and we both got to enjoy a delicious dessert!  It was a win all around! 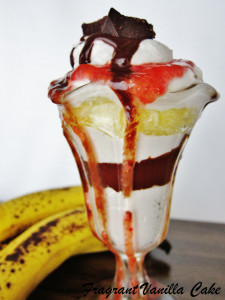 1 Tbsp filtered water (or as needed)

Chopped vegan dark chocolate or a cherry for topping

To make coconut banana whipped cream, combine the bananas, coconut milk, vanilla, maple syrup, and sea salt in a high speed blender or food processor and blend until smooth. With the motor running, slowly add the coconut butter (so that it does not clump up.  But if it does, just continue to blend at high speed until smooth and you will just have to chill it longer).  Place in the freezer and chill until the consistency of whipped cream (about 30 minutes if it did not get very warm, and about an hour if it had to be blended longer and was more liquid).  Once it is the proper consistency, set aside in the refrigerator.

To make the pineapple sauce, blend the pineapple until chopped up but still chunky in the food processor (adding the optional maple syrup if your pineapple is not sweet).  Set aside.

To make the fudge sauce, whisk together all ingredients until smooth (adding a little water if too thick, or more cacao powder if too thin).  Set aside.