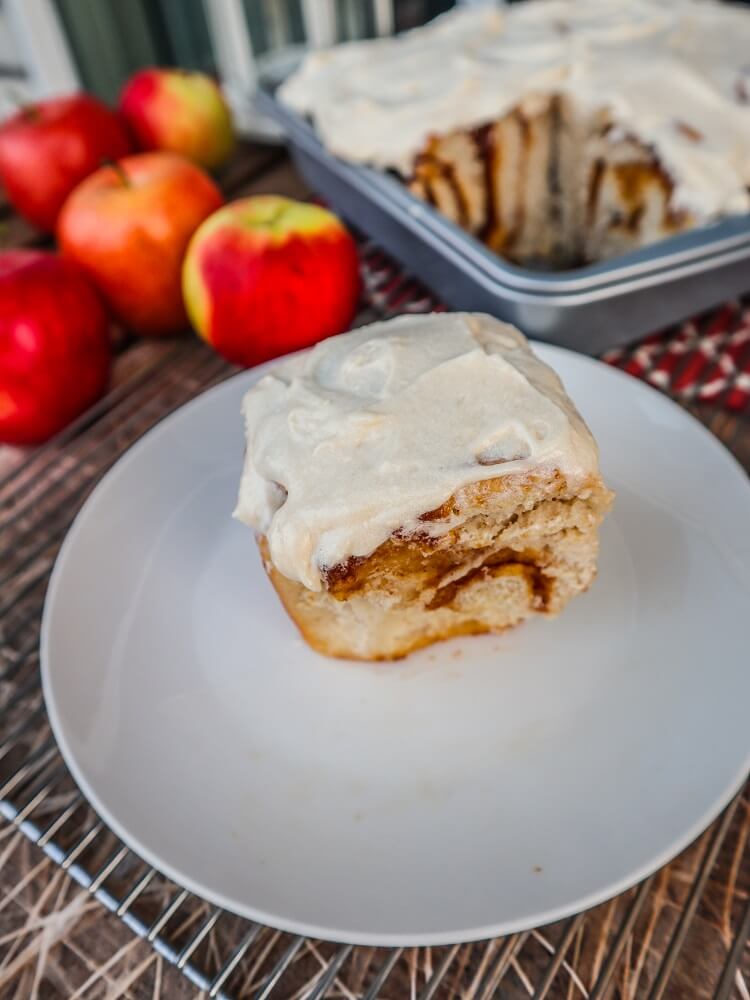 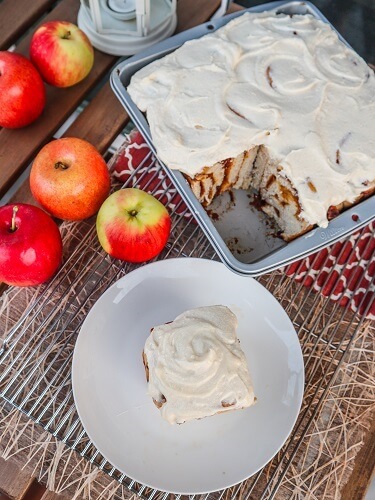 Apple season is in full swing!  Although I have yet to make it to the apple orchard this year, I really want to go soon, I love going there are picking my own apples!  However I did recently buy some apples at a farm market when we visited Door County Wisconsin recently.  They were the first of the season, and they were delicious!  I had just enough left to make something, so I decided to make some Vegan Apple Cinnamon Sweet Rolls!  I have been wanting to make these for a while, I got the idea last year but didn't get around to it so I had to do it this year!  I made these after work one day last week because they just sounded good! 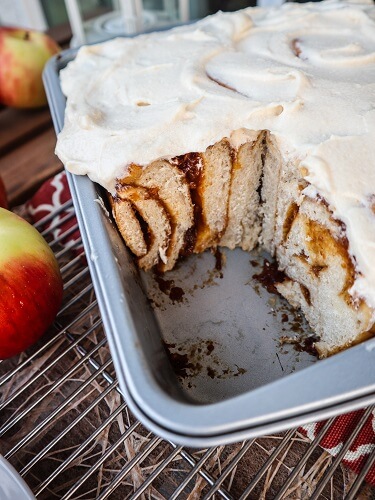 I actually really like making yeasted dough when I have the time, it is kind of relaxing and satisfying to knead it!  To think I used to be intimidated by it back in the day, but it is really nothing to worry about so long as your yeast is fresh, and you don't add overly hot water to it. I had a foods class in high school, and the teacher would always say, add warm water but not too hot, you don't want to kill the yeasty beasties!  I still say that to myself now lol when I am adding the water. It should be about 105-110F degrees but not hotter. Another note on the yeast, if you choose to use rapid rise yeast in this recipe, then it rises in about half the time, so keep an eye on it, and it should be done rising in half the noted time. I have made my rolls with it before and it works just as well. 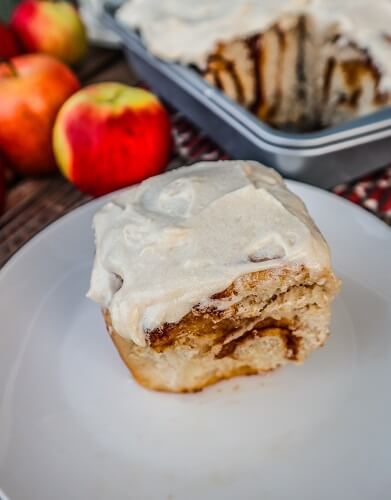 I scented the dough with cinnamon and vanilla, and I used granulated sugar this time because it was what I happened to have on hand, but you could use maple sugar, coconut sugar or even brown if you prefer.  Also, I used whole wheat pastry flour because it is what I had but if you wanted to use regular all purpose flour, that works too, I have used the same amount in my roll recipes before with good results (I use the same base roll recipe for most of my sweet rolls and just change the flavorings). For the filling, I used a combination of chopped apples, apple jam that Eric's Dad made, and some maple syrup and it was just the right amount of sweet! 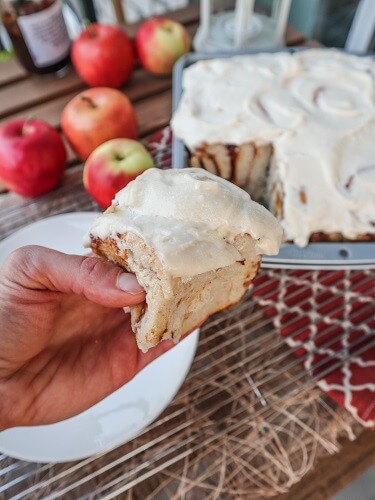 Lastly, I topped these off with a vegan cream cheese frosting, because cinnamon rolls have to have a good frosting!  I used a combination of vegan butter and cream cheese with a little vanilla and powdered sugar to sweeten it.  If you wanted a less sweet topping, you could use the glaze that I used on my Strawberry Sweet Rolls instead, it is made with coconut butter and no refined sugar.  Anyways, these rolls turned out sooo good!  They were soft and fluffy, the sweet cinnamon apple filling tart and sweet and flavorful, the perfect partner for the rich cream cheese frosting!  If you are loving apple desserts as much as I am right now, definitely give these Vegan Apple Cinnamon Sweet Rolls a try! 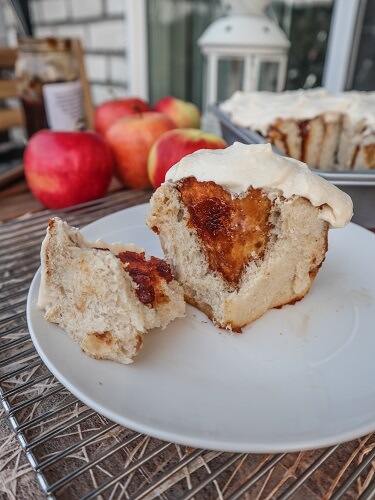 These keep covered and refrigerated for up to 1 week.