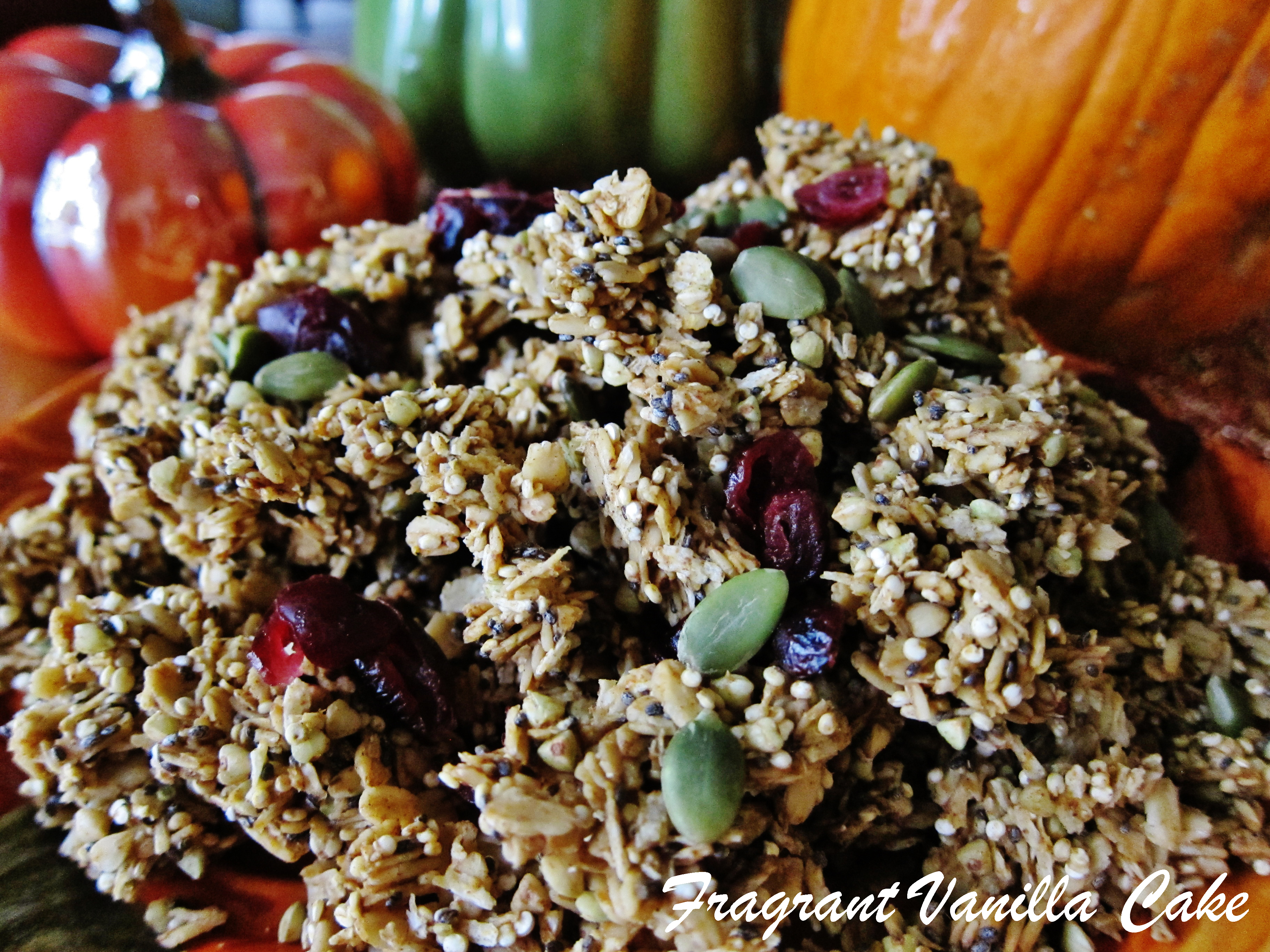 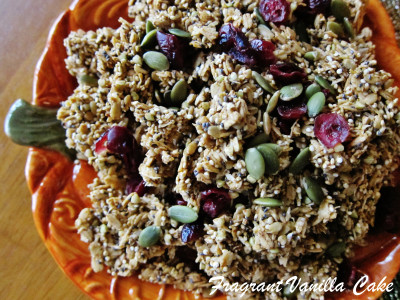 I am heading into pumpkin bliss at full speed.  Pumpkin does not last long in this household lately after I buy it because I am finding all sorts of delicious ways to use it in recipes.  Of course I have baked a few things, and made a few savories, but snacks are not off limits, so I decided to make some pumpkin spice granola.  Eric eats up granola so fast, I can barely make it fast enough.  But it makes me happy that he enjoys it since it is better for him than the sugary cereal he tends to like to buy when I am not there. 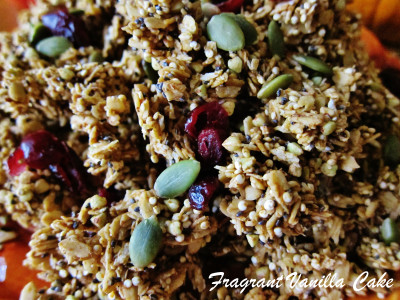 I have been into raw oat granolas lately.  I made a lot of buckwheat ones a while back, and they were delicious but I am a big fan of oats.  So that is what I went for with this one. I did however mix in some buckwheat, quinoa and chia seeds because I wanted to give it a little more protein than just the oats would offer.  Whenever I make oatmeal for breakfast I add seeds to it, and I love the combination. 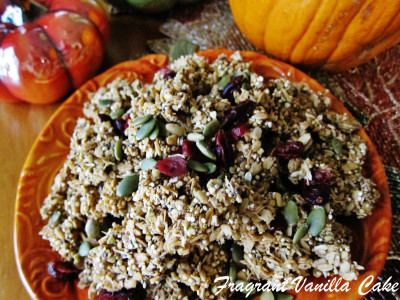 This granola ended up being relatively low fat, since I used the pumpkin as my binder instead of the usual coconut butter or other nut butter.  In fact, this ended up being nut free.  It has seeds of course, but those with nut allergies can enjoy this! I added the usual pumpkin pie spices, maple syrup, and omg...it tasted sooo good.  Even before dehydrating.  Waking up the next morning to this made me pretty happy even though it was raining outside.  Nothing like looking forward to something like this amazing smelling granola after your run in the rain to motivate you! 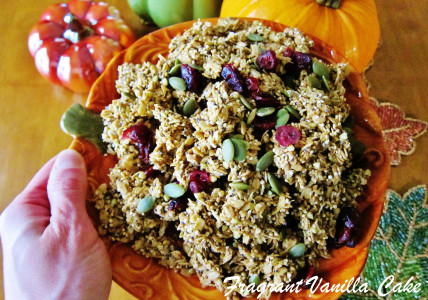 Makes about 8-10 cups of delicious granola

2 cups dried cranberries
In a large bowl, combine oats, buckwheat, pumpkin seeds, quinoa, coconut, chia seeds, and set aside. In another bowl, whisk together pumpkin puree, coconut nectar, sea salt vanilla extract, and spices until well combined, then pour over oat mixture and toss to coat until completely blended. Pour out onto 2 lined dehydrator trays, and dehydrate at 115F for 24 hours or until crispy. Mix in the dried cranberries.

*Note, if you want to make this in the oven you may, but keep in mind that it will not necessarily stay raw that way (if you are concerned about that). Just keep your oven at the lowest temperature possible, preferably 15oF or so.  It will cook a lot faster than the dehydrator so check it way sooner, like after 4 hours (times will vary significantly depending on your oven and the temperature).