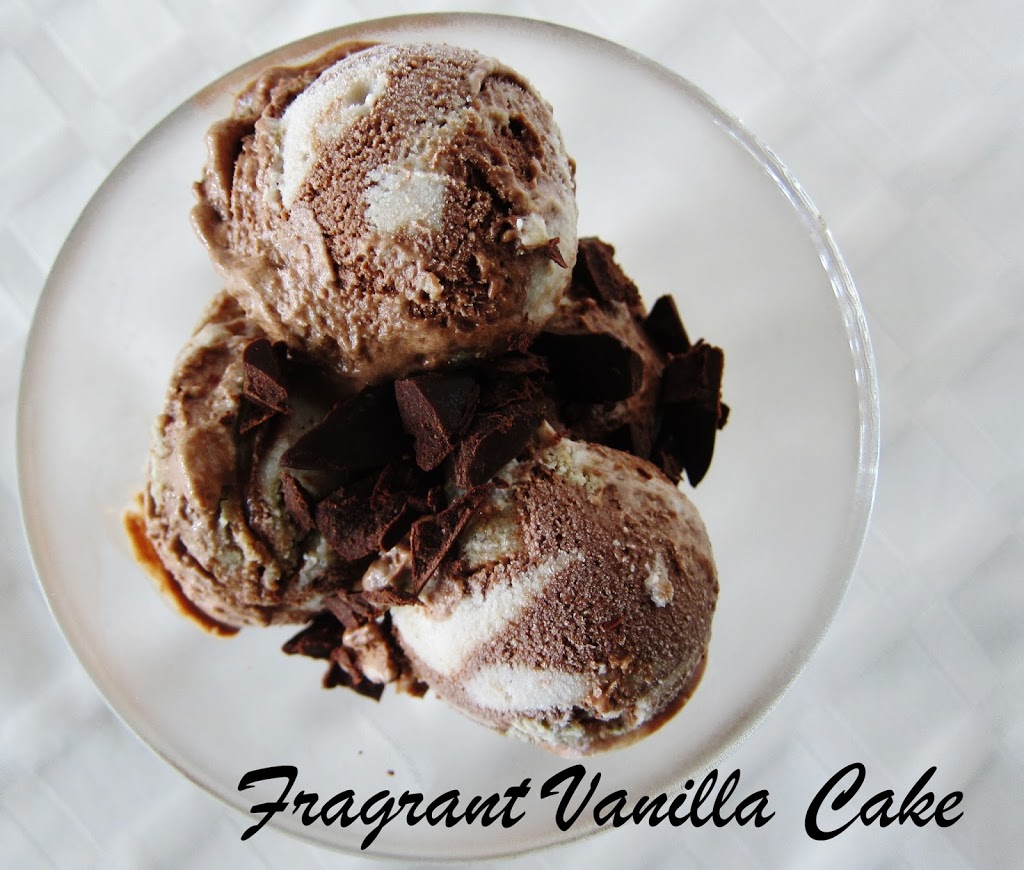 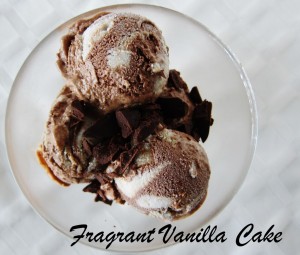 I loved French Silk pie as a child.  There was something about indulging in that creamy dreamy truffly goodness that just put me on cloud nine.  I have always been a creamy dessert sort of girl, and when we had French Silk Pie, it was usually a special occasion or holiday so it brings back good memories even to this day. 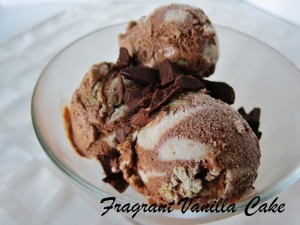 As an adult, I know I would find that pie way too sweet, but for some reason I was thinking about how good it would be as ice cream when I was out for a run this week.  Maybe I was just hungry, or maybe I was just dreaming about something cool as I finished my last of 8 miles in the heat and humidity.  Either way, I was going to make this French Silk Pie Ice Cream happen. 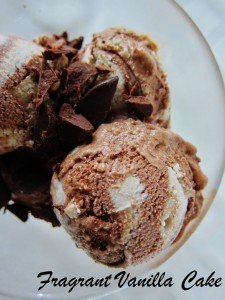 I made a smooth creamy base of coconut and bananas (although you could not really taste the bananas much when it was done and this was the idea since it is not supposed to be a banana pie.  You could omit them and use all coconut though if you are making this and would rather not use them) laced with vanilla, then saved some for the cream.  To the remaining base I added plenty of raw cacao powder to make it as decadent as the mousse layer in French Silk.  Lastly I stirred in crust chunks and by the time it was all done I could not wait to try it!  When I dove in what I tasted was pure heaven. This was WAY better than any French Silk Pie I had as a child, and perfect for the hot 90 degree days we have been having here! 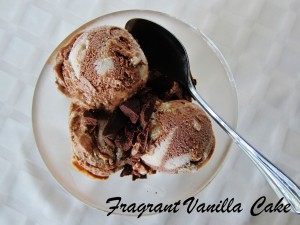 For the crust, combine all ingredients in the food processor and process until the mixture is very fine crumbs that hold together when squeezed.  Press out onto a foil lined sheet pan, 1/4 inch thick and place in the freezer until hard.  Once hard, break into pieces.  Set aside.
For the ice cream, add coconut water to a food processor, along with young coconut, bananas, nectar, vanilla, and sea salt. Process until smooth, then with the processor running, add the coconut oil slowly and process until well incorporated, about a minute. Remove 1/4 of it and set aside.  To the remaining mixture in the food processor add the cacao powder and process until smooth and well combined.  Pour the chocolate mixture into an ice cream maker and process according to directions. Remove from ice cream maker, and stir in  raw crust chunks.  Pour 1/3 of the frozen ice cream mixture into a freezer safe container, then drop 1/3 of the vanilla base you set aside over it by the Tbsp, then half the remaining ice cream, then half the vanilla, then the remaining ice cream, then the vanilla.  Swirl with a knife to marble and cover.  Let sit in the freezer for at least four hours or overnight to firm up to scoopable consistency.  Serve with raw chocolate chunks for garnish

*If young coconut meat is unavailable, you can substitute the 2 cups fresh coconut with 2 cups finely shredded, dried coconut and 1 cup coconut water.  But, you MUST have a high speed blender to do this or it will never become smooth.  Blend the coconut first until it becomes butter, using the tamper to press it into the blades until it is liquidy, then add the coconut water and blend until combined. Add this to the ice cream base in place of the young coconut meat.