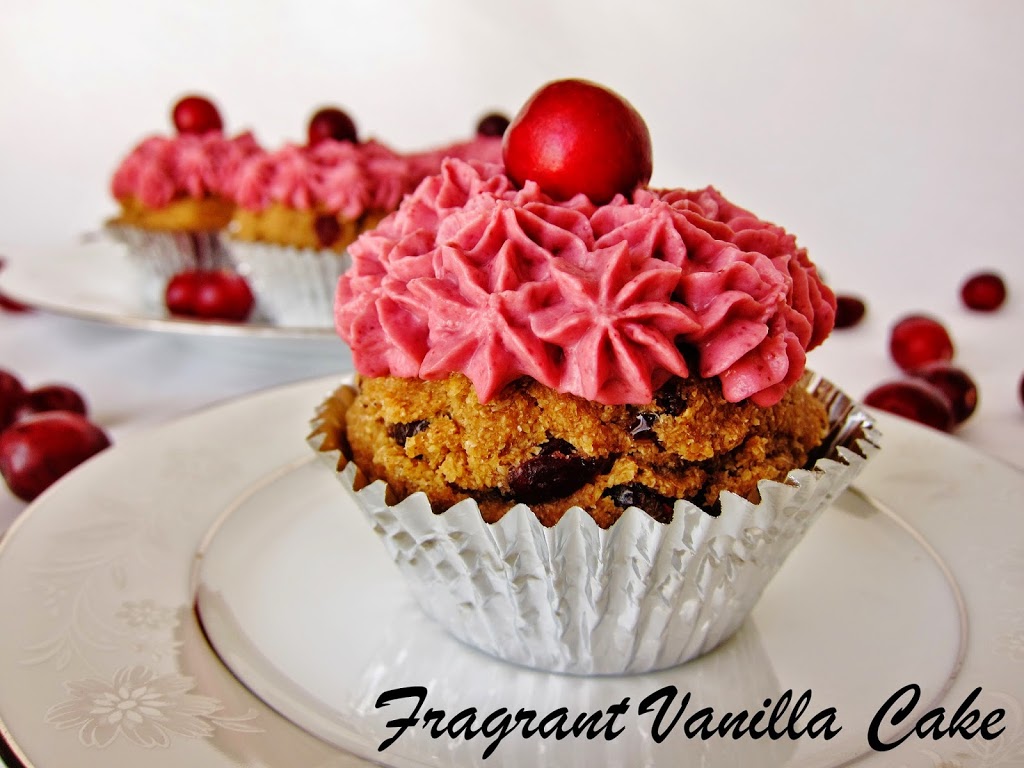 Last week at work, one of my coworkers was telling me that she had made some cranberry orange cupcakes for Thanksgiving dessert instead of the usual pie. I love the idea of being unconventional with Thanksgiving desserts, but even more so I loved the idea of the cupcakes. She inspired me to make some cranberry orange cupcakes of my own. Rawified of course, and with a little spice added in.  I was pretty excited about these since I have not made cupcakes in a while. 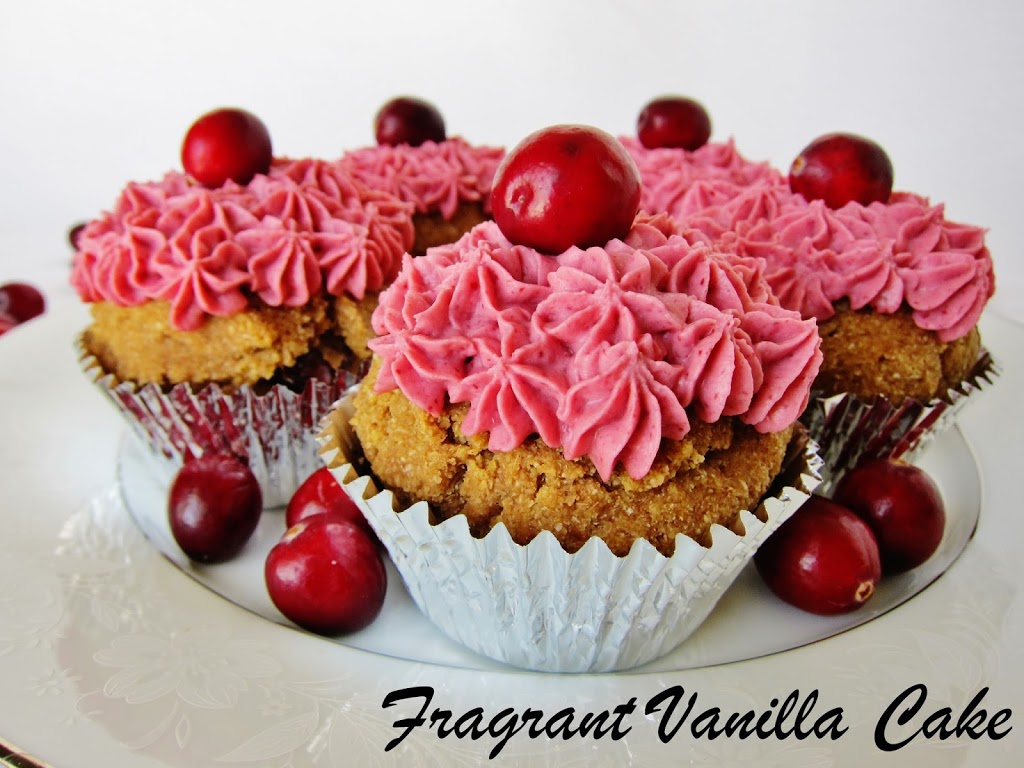 For the batter, I included some white yams in with the other usual ingredients because they keep the cake moist and soft without being noticeable or coloring the cake.  They made the batter even sweeter.  I added in both orange juice and zest for a burst of orange flavor, as well as some of my favorite fall and winter spices, cinnamon, cardamom and nutmeg. I could have eaten a bowl of batter with a spoon, because it was scrumptious, but then I would not have had any cupcakes.  Once they were finished, I made a fresh cranberry cream frosting and it was delicious with the moist little cakes!  These festive little jewels would have been wonderful with Thanksgiving dinner, but they will be just as much so with Christmas dinner if you want something special. Of course you don't have to wait until then to make them though, you can indulge now and be just as happy. 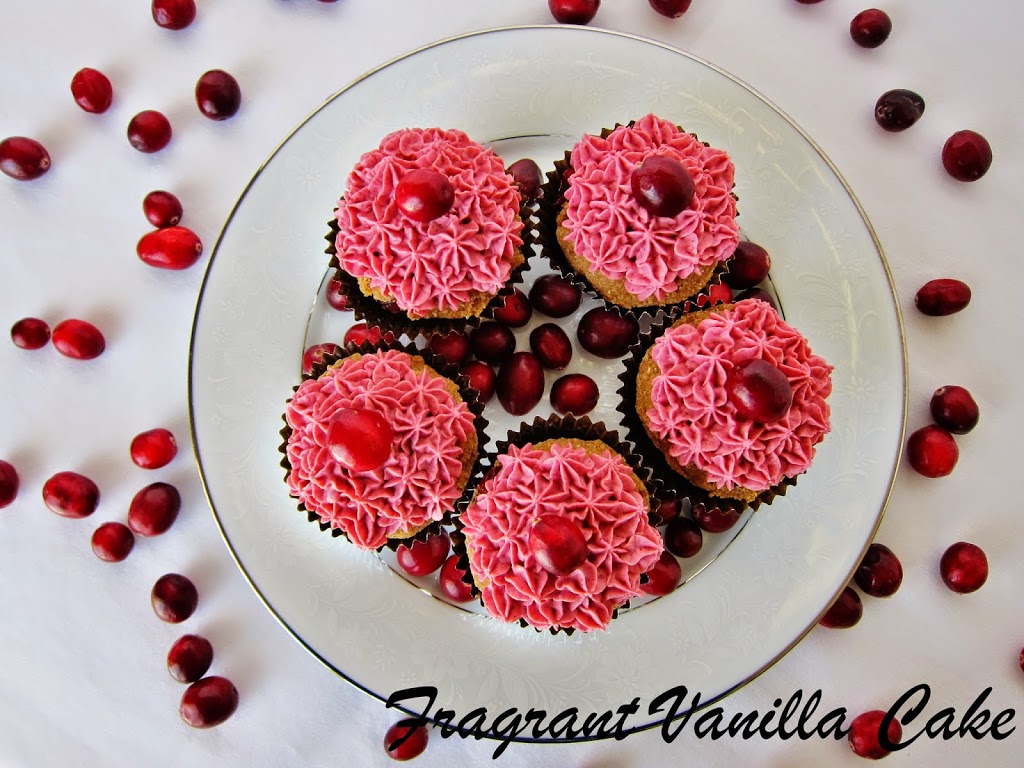 Combine buckwheat flour, coconut flour, flax, psyllium, sea salt, cinnamon, cardamom, nutmeg in a bowl and whisk together until and set aside. To a food processor, add the dates, vanilla, parsnips, coconut nectar to the processor and process until pretty smooth. Add the dry ingredients back and process until smooth and well incorporated. Mix in the dried cranberries.
Spoon into 8 foil muffin tins, with the tops mounded (since they will not rise).  Place on a dehydrator sheet.  Dry for about 14 to 16 hours at 115F (until they are cake consistency but still a little moist in the centers).
Meanwhile, to make the frosting, combine all ingredients but the coconut butter and oil in a food processor and process until smooth.  With the motor running, add the coconut butter and process a minute more.  Pour the frosting into a bowl and let sit in the freezer for about half an hour to 45 minutes or so until the consistency of whipped cream.
Place the frosting in a pastry bag, and pipe decoratively over the cupcakes.  Garnish with a few cranberries. Serve!  Store extra in the fridge.

*I say not to use store bought coconut flour because it will affect the flavor and quality of the finished product. I find it too dry (it soaks up all the moisture in the cupcakes), and most of it has an off flavor to me (it tastes toasted) that I do not care for.  You can make your own coconut flour in about 30 seconds or less in a high speed blender.  See how here:  https://www.fragrantvanilla.com/p/helpful-things-for-recipes-on-this-blog.html 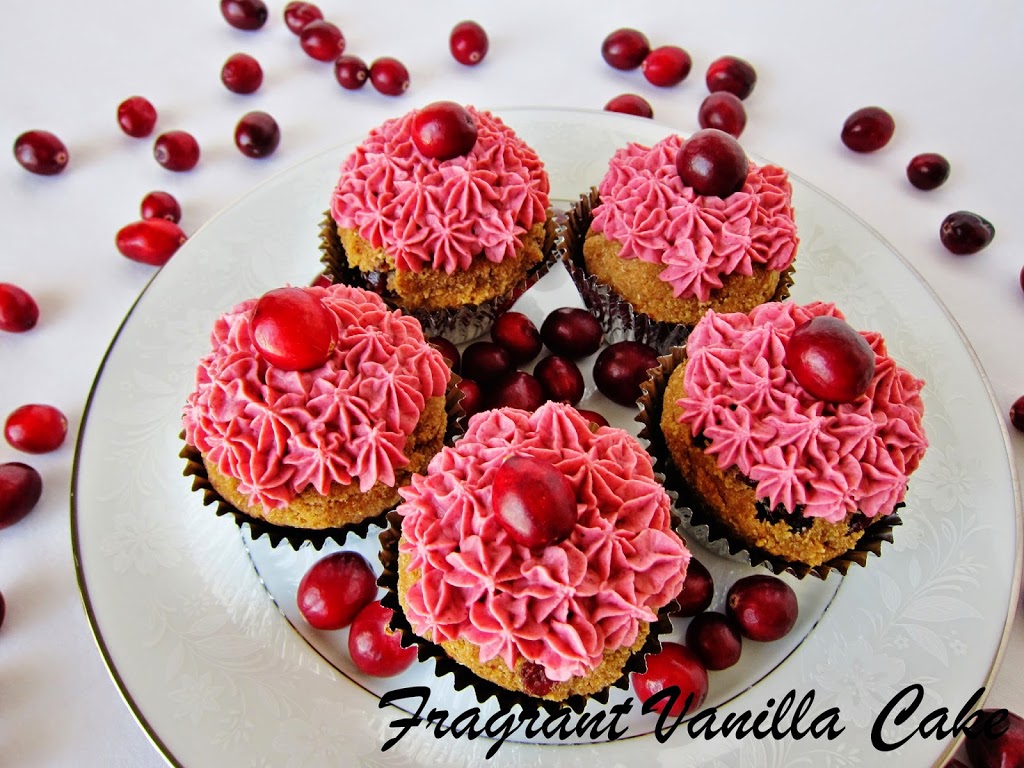