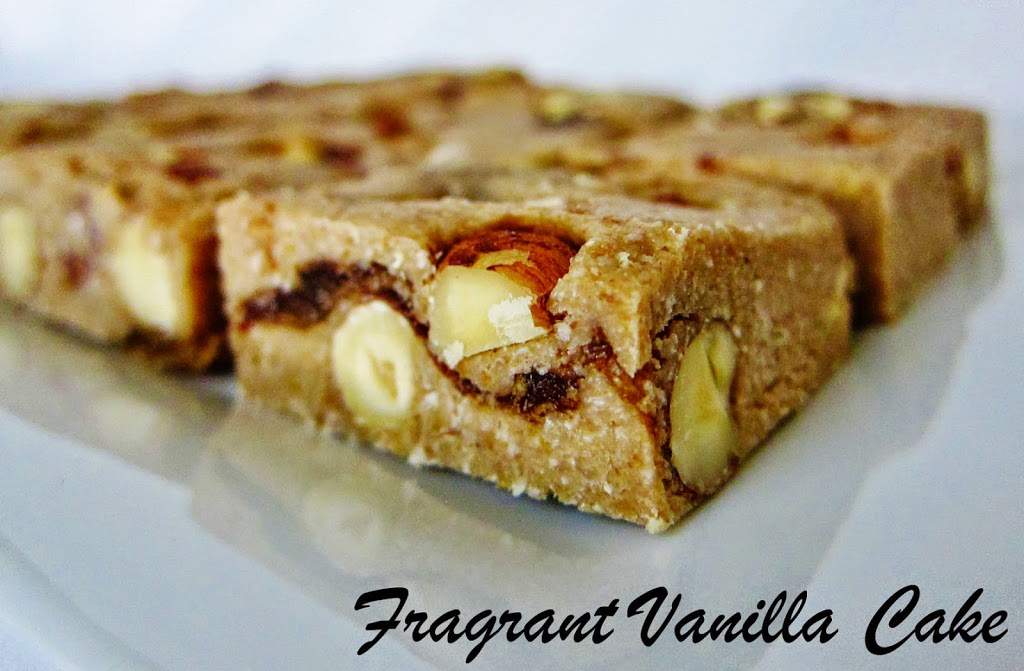 One of my favorite things to do while enjoying my dinner (or just to relax in the evening) when I am by myself is to look at cookbooks for ideas of things to make or rawify.  I had recently borrowed a cookbook from a friend and I saw a recipe for "Butterscotch Blondies" in it.  They were brown sugar based blondies with chopped pecans, and I thought they sounded marvelous.  I wanted to rawify them. It was going to happen.  I was hungry for them after seeing that recipe. 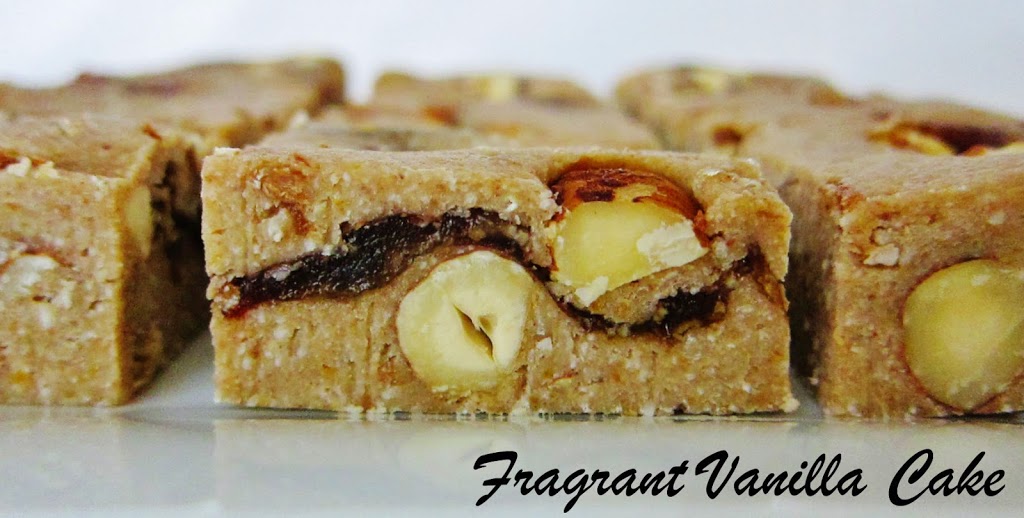 Mine however ended up being a little variation on that recipe.  I had every intention of using pecans and some pecan butter in the dough, but then I saw the hazelnuts in my fridge and decided that I wanted those instead.  Pecans are more common in blondies...so I thought I would be a little different.  I made a dough that was reminiscent of a dough flavored with butterscotchy brown sugar but with dates, lucuma, and coconut nectar instead for a caramelly sweetener.  A bit of vanilla and maple extracts helped as well. 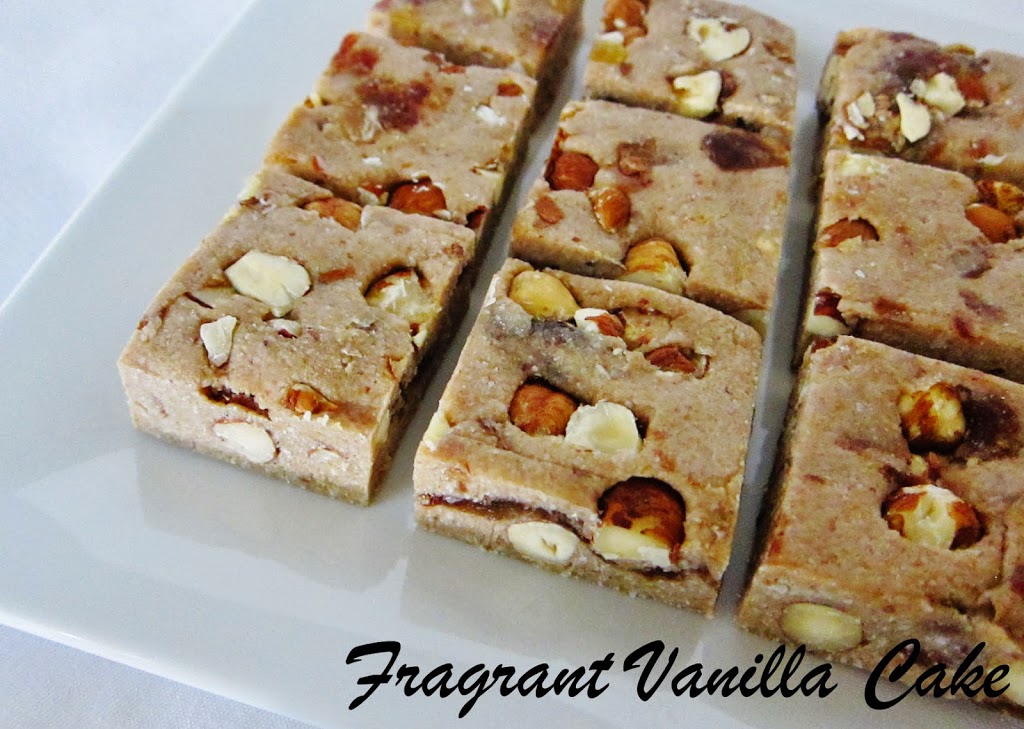 I added in some hazelnut and coconut butters as well for a rich dough as well as something more unusual to make it a bit lighter, chewier and cookie like...summer squash.  Before you go thinking it sounds weird, I promise you it is not detectable in the final product.  The dough was so addictive and delicious.  I could not stop sampling.  I mixed in some chopped hazelnuts and dates for extra deliciousness.  The dates provide a caramel like texture when you bite into the bars and the hazelnuts a wonderful crunch in the soft cookie base.  These were some of the best blondies I have ever made!  Trust me, you need to try this recipe. 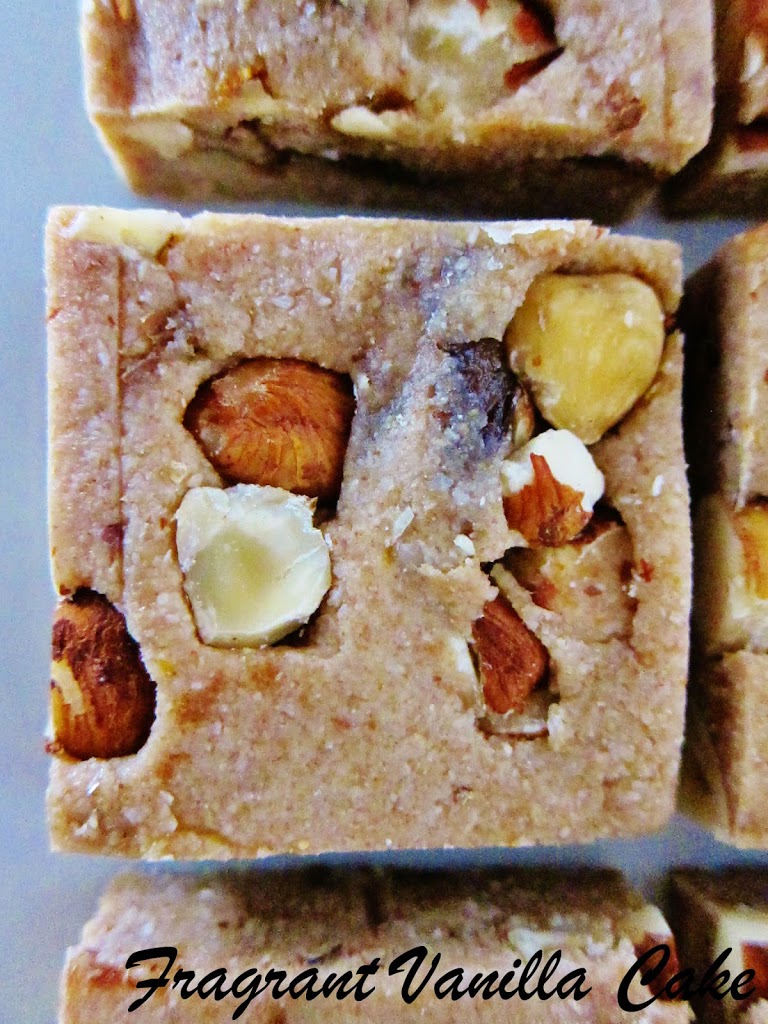 For the dough, in a food processor, combine the coconut flour, buckwheat flour, flax seed, psyllium husk, lucuma, dates and salt, and process until the dates are very finely chopped and it is all well combined.  Add the vanilla, squash, coconut nectar, pecan butter, and coconut butter and process until smooth like dough.  Mix in the chopped hazelnuts and dates. Then press the blondies into a 1 1/2 inch thick square on a foil lined sheet pan. Place in the freezer until set (about an hour), then cut into 12 squares and enjoy!  Store in the fridge.

*If you do not have yellow summer squash, you could use peeled zucchini. 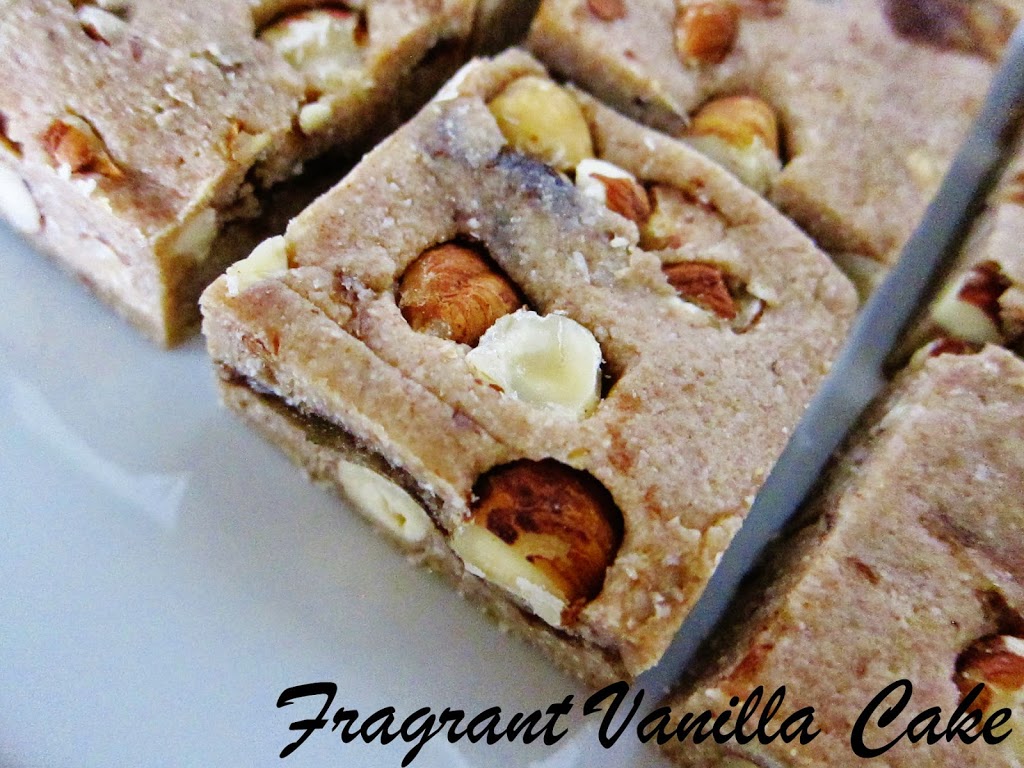