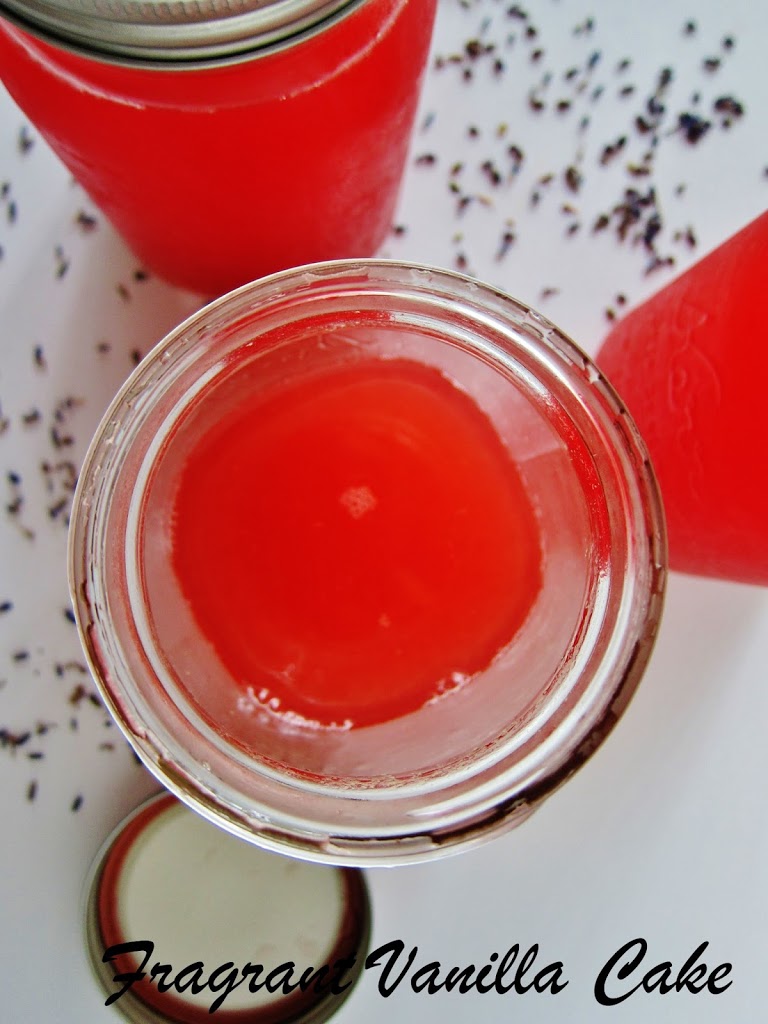 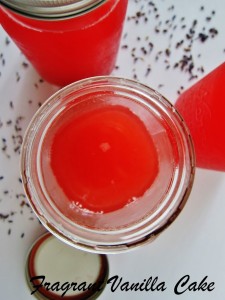 This spring, my boyfriend Eric decided that he wanted to make his own kombucha.  I was not interested in doing so however, because it seemed a bit intimidating and time consuming.  But somehow now 3 months later he convinced me to try it!  It was not as hard as I thought surprisingly.  I made mine with green tea and agave (although it is traditional to use sugar) because it is what I have on hand. 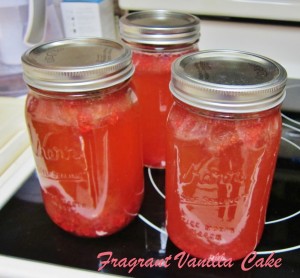 It did take a week to brew, but it turned out perfectly and rather than simply making plain kombucha, I made raspberry lavender. Since I am not one to make the basic recipe even when it is my first go at it.  Eric was a bit skeptical about my flavor combination but he helped me anyhow. 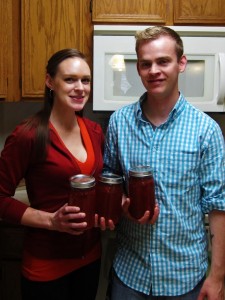 The kombucha I buy at the store GT's Kombucha Lavender no 3 is my favorite. I love lavender and fruit.  But  I had raspberries which is why I made raspberry lavender for mine. 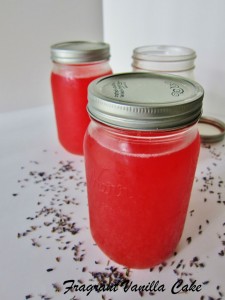 I was so excited to taste it.  It was hard to wait the 3 days it took to ferment, but it was well worth it.  I was rewarded with a sweet tart raspberry kombucha scented with lavender.  I am excited to try out other flavors in the future now that the process does not intimidate me. 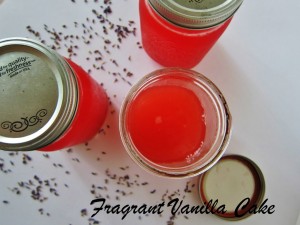 Raspberry Lavender Kombucha
Makes about 4 quarts
4 quarts filtered water
5 Tbsp loose green tea placed in a piece of cheesecloth and tied (like a sachet).
1 cup raw sugar or maple syrup
1 large glass jar (large enough to hold the 4 quarts liquid)
1 cup starter tea (half a 16 oz plain kombucha from the store will work )
1 Scoby*
Cheesecloth
4 32 oz glass jars
1 cup pureed fresh organic raspberries
¼ cup lemon juice
4 Tbsp dried lavender flowers
To make the kombucha, wash your hands very well with apple cider vinegar or soap (but not antibacterial because this can contaminate the Kombucha and make it not work).  Wash out the glass jar you will be using to make the kombucha with the cider vinegar as well to sanitize it.
Next, fill a 3 liter pot with 4 quarts of filtered water, and bring to a boil.  Boil for 5 minutes to sanitize it.
Add the green tea sachet, and let steep for about 3 minutes (or as long as you would normally brew tea).  Turn off heat and add 1 cup raw sugar. Stir to dissolve, then let sit until the water cools to 75 degrees F.  You do not want to add the culture when it is hot, or it will kill it.
When the tea is cool, pour it into the glass jar and add the starter tea, Sanitize hands with the cider vinegar and gently put the scoby into the tea, cover the top of the jar with the cloth, and secure it tightly with rubber band.
Put the jar somewhere warm and dark where it won't be disturbed (I put mine in a closet on the top shelf). Temperature should be consistently at least 70 degrees if possible. Lower temperatures will make it grow slowly, but below 70ºF makes it more likely that unwanted organisms will start growing too.
Wait about a week. When the tea starts to get smelly like vinegar, you can start tasting it.  The scoby should form another scoby in the jar, and it may sink and it may float. If it floats though, it helps prevent mold. Note that if you see mold you have to throw the batch away and start over with a new scoby.
When ready to test, remove a small amount.  The best way to pull a sample is with a straw. Dip the straw about halfway into the tea, cover the end with your finger, pull the straw out and drink the liquid inside or put that liquid on the test strip.  If the kombucha tastes really sweet, it is not done, and it needs more time to eat the sugar.  If it tastes slightly vinegary, it is done and ready to be put in jars.
Gently remove original scoby and new baby scoby with clean hands (sanitized with the vinegar is fine) and set them in a clean container. They may be stuck together. Pour a little of the kombucha on them and cover them to save them for another batch (they should be kept at room temperature.
Pour the brewed kombucha into clean jars (but reserve 1 cup of the kombucha to make another batch next time).  Fill them almost to the top but leave a little space for them to get fizzy and to add the flavor.  Add ¼ of the berries to each jar, 1 Tbsp lemon juice, and 1 Tbsp dried lavender.  Put the lids on tight and let sit 3-5 days at room temperature to ferment and become carbonated.  Once they are fizzy, you can strain them into other clean jars (or not depending on your taste).  Store in the fridge.
*a scoby is a culture that is used to make kombucha, you can read more about them here: http://en.wikipedia.org/wiki/Kombucha
I got mine from my boyfriend, and most people get them from people they know (since once you start brewing kombucha you have a lot) but you can order them online as well. 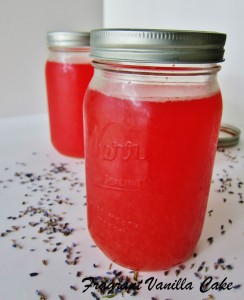