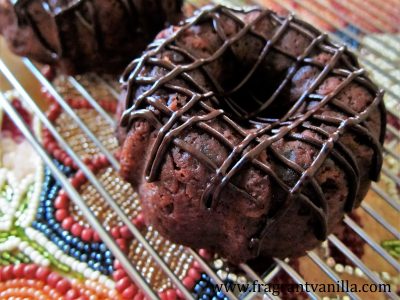 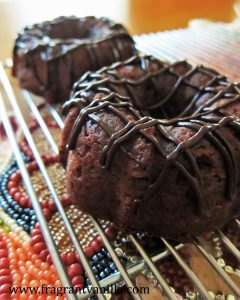 Now if only people treated each other like they do their favorite foods, we would not have a problem.  Nobody ever looks at a chocolate cake and says it is ugly, they just admire how it tastes because that is what counts.  Even if that particular cake is not aesthetically pleasing to them, they can still appreciate it for being delicious.  I made some chocolate cake last Friday, because I was in the mood for chocolate cake. It was not fancy, but it was delicious. I have been wanting to make a chocolate cake with figs for a while, and I finally got around to it.  To be honest, I was under the weather last week battling a cold, (yes, we vegans can get sick too, and it is not because we are weak, our bodies can get stressed out too and say uncle when we have a lot going on) and I couldn't smell very well, so I wanted to make something simple, and something I could taste.  Chocolate tasting doesn't seem to be affected, so I decided on that cake.  Also, it was not much effort, and because I was tired from the week it was a good thing to make. 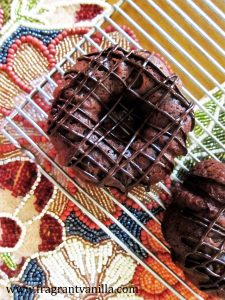 I made them into cute little bundt cakes.  These cakes ended up being oil free and low fat, but not on purpose.  I have been using nut butters in place of oil in a lot of my cakes lately instead of oil because I prefer that, but I plumb forgot to add it to this one when I was making it.  I thought it might be not as rich tasting because of this, but it was totally rich tasting! The moisture from the figs and dates I used to sweeten it and keep it moist made it taste rich without it actually being rich.  By the way, figs are awesome when pureed in used in cake, just one of my discoveries from this experiment.  I stirred in chocolate chunks to make them extra chocolaty, and drizzled them with a little ganache just because and they were perfect!  If you are looking for an easy, healthier and delicious chocolate cake recipe (that is also portion controlled I might add), try these out.  You will be happy you did. 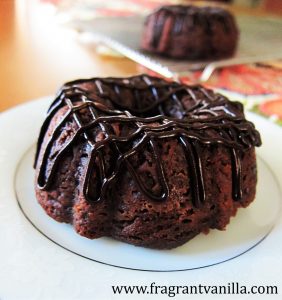