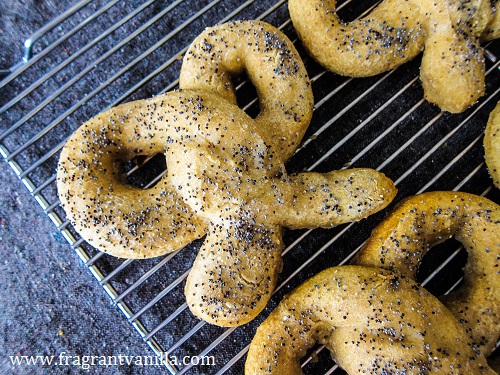 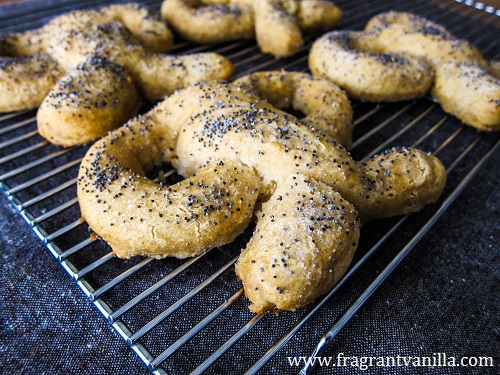 Eric asked me a couple weeks back if I had ever thought about making pretzels.  The truth is, yes but I was kind of intimidated by them.  I used to love big giant soft pretzels when I was in school.  In middle school I would get them for lunch with that fake nacho cheese stuff, and I thought they were pretty bomb.  But the truth is looking back on it, I am sure they were not as good as I thought they were.  Being all processed and all.  Then I got to high school, and discovered Auntie Anne's Pretzels at the mall, and they were way better. They were all warm and fresh and whether I ordered the original with cheese or the cinnamon sugar I was happy.  I don't eat that sort of stuff anymore though, and I have considered making soft pretzels at home, but I kind of always shoved it aside, because I thought that they wouldn't turn out.  Especially since I now eat mostly gluten free.  But I was willing to accept the challenge because Eric wanted some.

I did my research on how to make pretzels, and kind of combined all of it into this recipe.  Because there wasn't any one recipe that suited my needs, or that I wanted to follow.  These contained yeast like regular pretzels, but I used gluten free flour instead of the usual bread or all purpose.  I was worried that they might not hold together properly, but luckily I was successful!  What really scared me was the baking soda bath prior to baking, I thought that they might not hold together well since they did not contain eggs like regular pretzels, but I solved that by not submerging them too long. 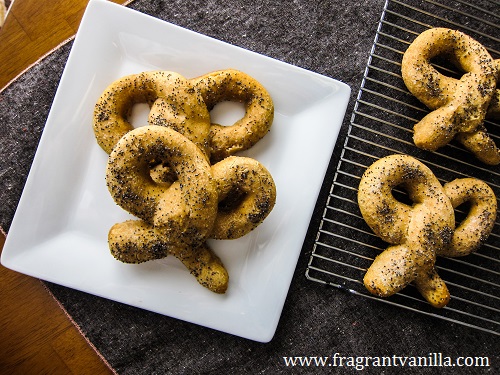 I decided to top them off with coconut oil in place of the usual egg wash or butter, and poppy seeds and sea salt.  Just because I love the look and texture of poppy seeds, and pretzels must be salty if they are to be savory.  I was pretty pleased with how well they came out, considering they were gluten free and vegan.  If you have a hankering for pretzels and don't want to go the unhealthy route, give these a go!  Also feel free to experiment with toppings! 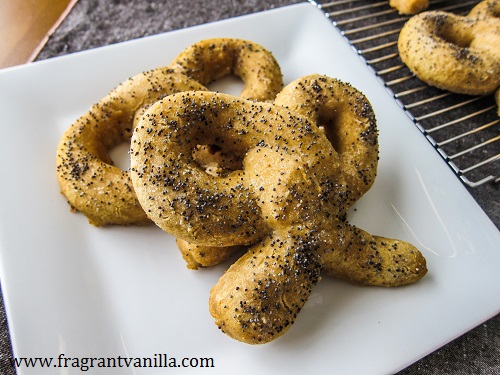