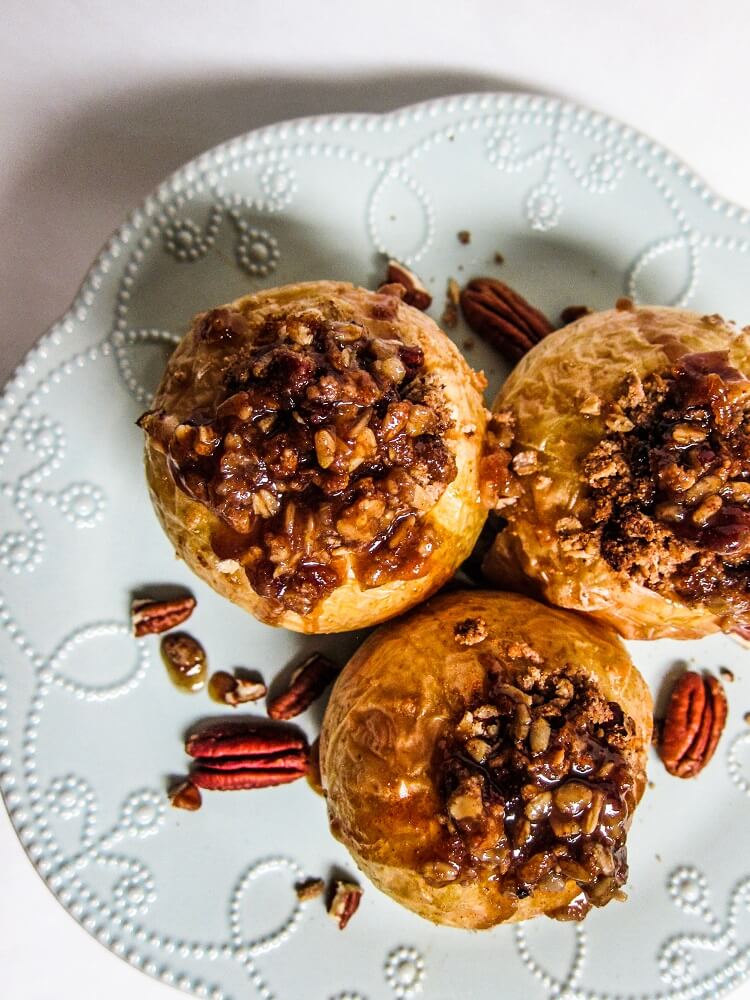 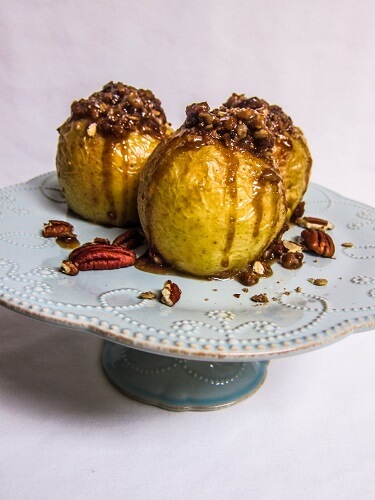 Apple pie may be the most popular apple dessert, but you know what else is delicious? Baked apples.  Not only that, they are a little bit lighter option with all of the same delicious apple flavor.  There was a time back in my early 20s that I made baked apples and pears all the time all Fall and Winter long because I enjoyed them so much.  Not only that, I appreciated that it was a healthier but still satisfying dessert.  Sometimes I would stuff them with things, and sometimes I would just bake them and then fill them with ice cream or chevre. All three of the variations were delicious.  I was watching a movie last weekend and they were talking about making baked apples and I started craving some.  Then I realized I haven't actually made any for at least 6 years and remembered how good they used to be.  I decided that I needed to get on making some.  They are really easy and not hard to make after all.  So much easier than pie. 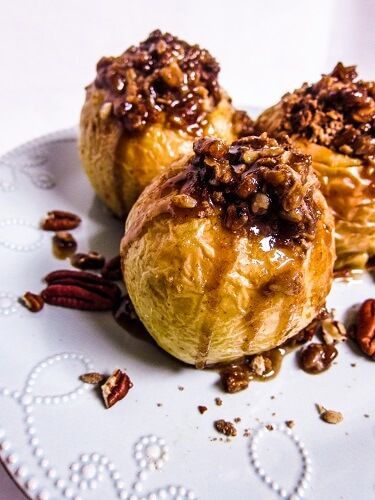 So I picked up some giant organic honeycrisp apples at work that were on sale.  I was super excited since I haven't had these in a while.  I used to just stuff them with walnuts and maple syrup, maybe some crasins, but I wanted a less heavy filling so I decided to make a oat streusel to stuff them with.  I nave never actually stuffed apples with streusel before, I usually just put it on top of pie, but I thought it would be delicious as a stuffing as well.  I can never resist streusel.  I did add a few pecans to it as well for a little more crunch. If you wanted to make a gluten free version of this, you could just swap out the oats for quinoa flakes, and the whole wheat flour for gluten free all purpose flour.  I also drizzled a little maple onto the apples  and it became kind of a thick caramel sauce in the pan that I spooned over them once they were baked. 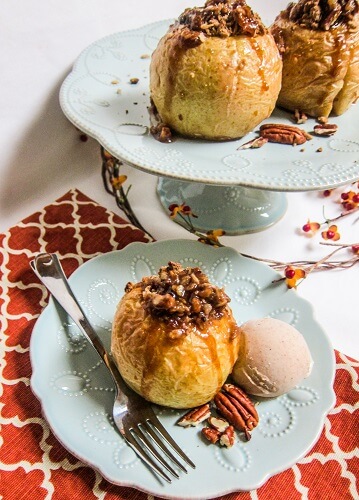 They smelled amazing!  They baked up to tender perfection and I couldn't wait to try them!  I made a cinnamon ice cream the day before to serve with them also because I love cool creamy ice cream with warm fruit desserts.  It was so good together!  The sweet crunchy streusel was perfect with the tender cinnamon scented apples and rich ice cream! If you have apples on hand, definitely give these a try! 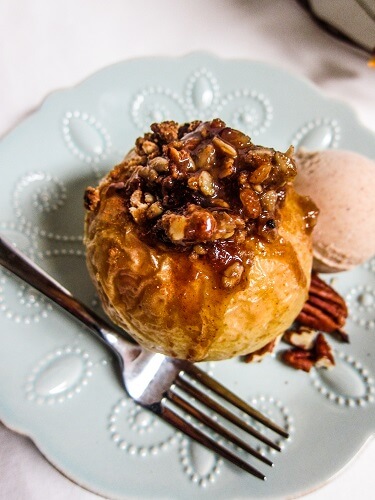 *Note, if you do not have an ice cream maker you may also freeze it this way. Pour into a bowl, and place in the freezer. Whisk once every half hour until it has frozen to the consistency of soft serve. Then continue to pour into your freezer safe container as the above directions state.

*If your ice cream gets hard after freezing, let sit out about 15-20 minutes before scooping.