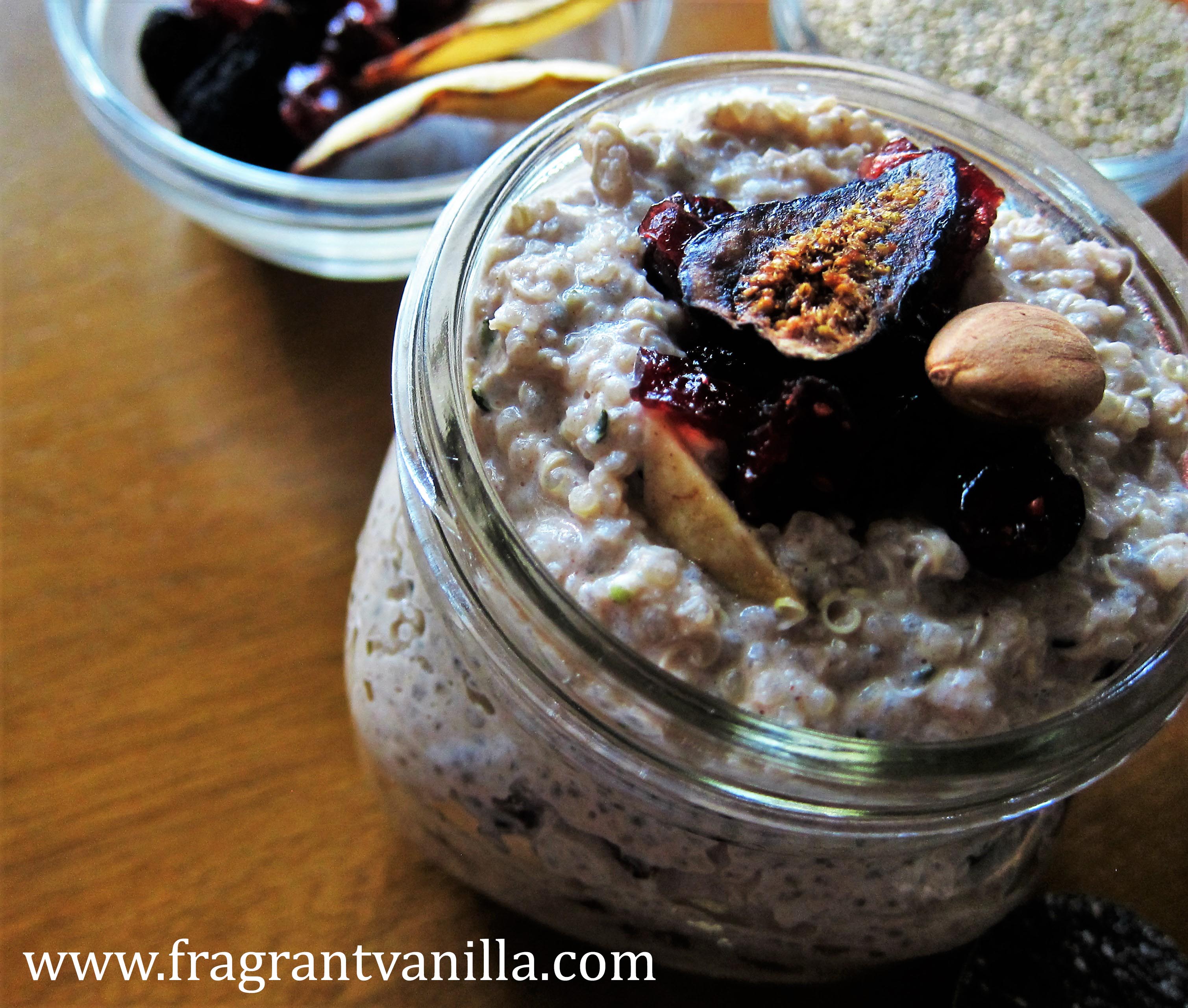 We have this Summer berry quinoa salad in the deli I work in, and it is super popular.  It is a sweet salad with creamy coconut milk, and fresh berries, and I always have said to myself, it would make a good breakfast.  And told myself that I would make it at home.  Well, Summer has come and gone, and berries aren’t in season anymore and I still have not made it. But I still wanted to try quinoa for breakfast.  After all, it is high in protein and fiber and is a blank palate for creating deliciousness.  I am usually an oatmeal eater, but this sounded good.  So, I created a Fall version of the berry quinoa and added things to it in order for it to be a suitable breakfast instead of just a salad.  I have never been a cold cereal girl, it is almost always something warm, so I was looking forward to this. 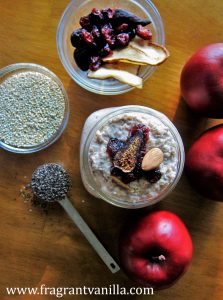 I used the quinoa as the base of course, but once it was done cooking, I added a quick almond milk to make it creamy.  How do you make a quick almond milk?  Simple, whisk almond butter into filtered water.  Works every time.  I do this often because I really don’t go through enough almond milk to make a big batch.  I sweetened it with a little stevia (I do not usually prefer too sweet of things in my breakfast) and cinnamon.  I had to add in some more healthy protein boosters, so I added chia seeds and hemp seeds which are a regular addition to my usual oatmeal for healthy omega 3 oils.  Instead of the berries in the other recipe, I used dried pears, cranberries and figs.  They plumped up nicely as they sat in the warm quinoa porridge for a little while. 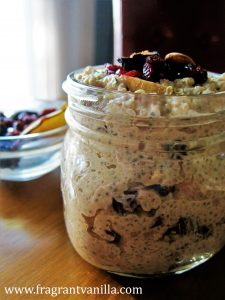 It was delicious!  Warming, comforting, filling, sweet and delicious.  This is the type of breakfast that keeps you satisfied, no getting hungry within a few hours.  Which is important to me, because I eat lunch a little later than most.  I enjoyed it warm, but I shared some with Eric and gave it to him in a jar because he needs quick breakfasts before going to work early.  So, it can be served either way.  Give quinoa a chance for breakfast, you will be happy you did! 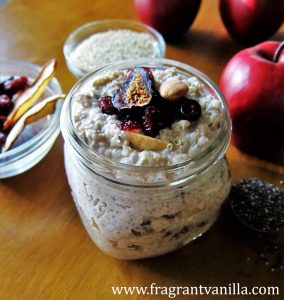