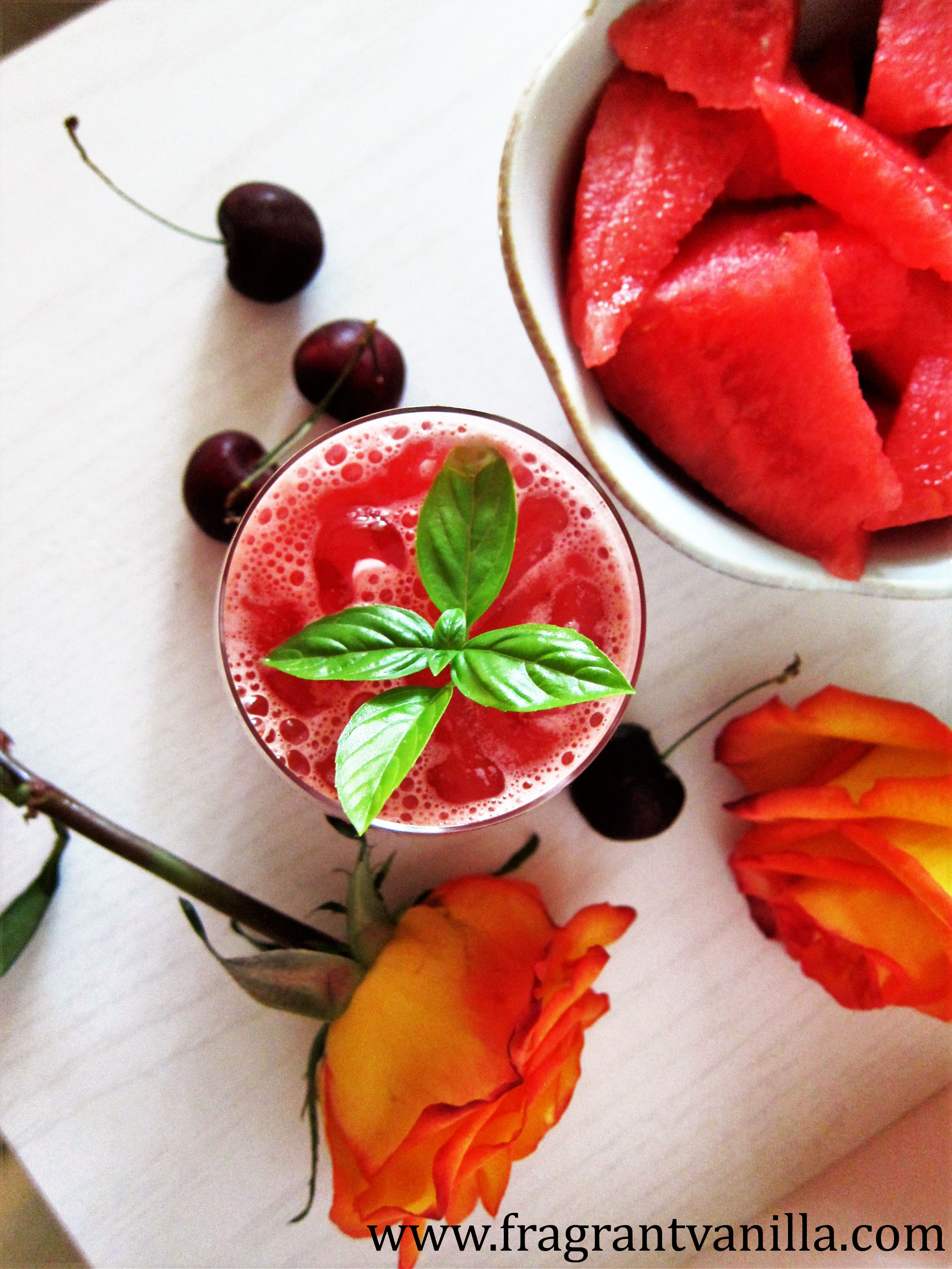 When I was little, and into sugary popsicles, I could have cared less about watermelon.  It was all about the brightly colored freezes, bomb pops and those sorts of things when it came to keeping cool in the Summer.  But now as an adult, I have an appreciation for naturally cooling foods.  Give me a watermelon after a run when I am feeling overheated, and I could eat the whole thing.  I have before actually.  I guess sometimes I think of watermelon more as a refresher and form of getting liquids in than just a fruit.  I have blended up just watermelon and drank it before and it was wonderful.  It is one of the most refreshing, cooling and lovely foods you can get in the Summer, and I appreciate that I can find them locally grown here in Minnesota!  If I had my own garden, I would definitely plant some. 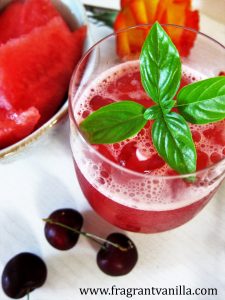 I was given some watermelon this week, and I finally got around to cutting it up.  I snacked on some of course, but I also made a refreshing drink with it to share.  It had been a hot day.  Even in the morning on my run you could actually see the humidity and moisture in the air as the sun was rising.  Then I worked in a hot kitchen, went for a walk in the hot sun in the afternoon and I was ready for some serious refreshment.  In the form of a watermelon drink.  I also had some fresh cherries that I wanted to include in this to make it extra delicious, as well as limes, and basil.  To sweeten it a little, I added some apple juice instead of another liquid sweetener.  Lastly, I topped it off with some sparkling water for a little bubble action.  It was perfect!  And just what I was looking for. 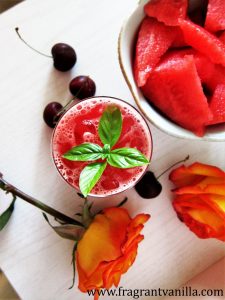 I immediately felt cooler, and began to forget about being sweaty.  This was the essence of real watermelon.  When I look back on all of the watermelon candy and fake watermelon flavored stuff I ate as a kid, it seems weird to me now.  The real thing is so much better!  Now of course I made these non-alcoholic, but if you are in the mood to partttayyy, or kick up your feet and relax, you could add some tequila to this, or even a white or rose wine. That would be delicious too.