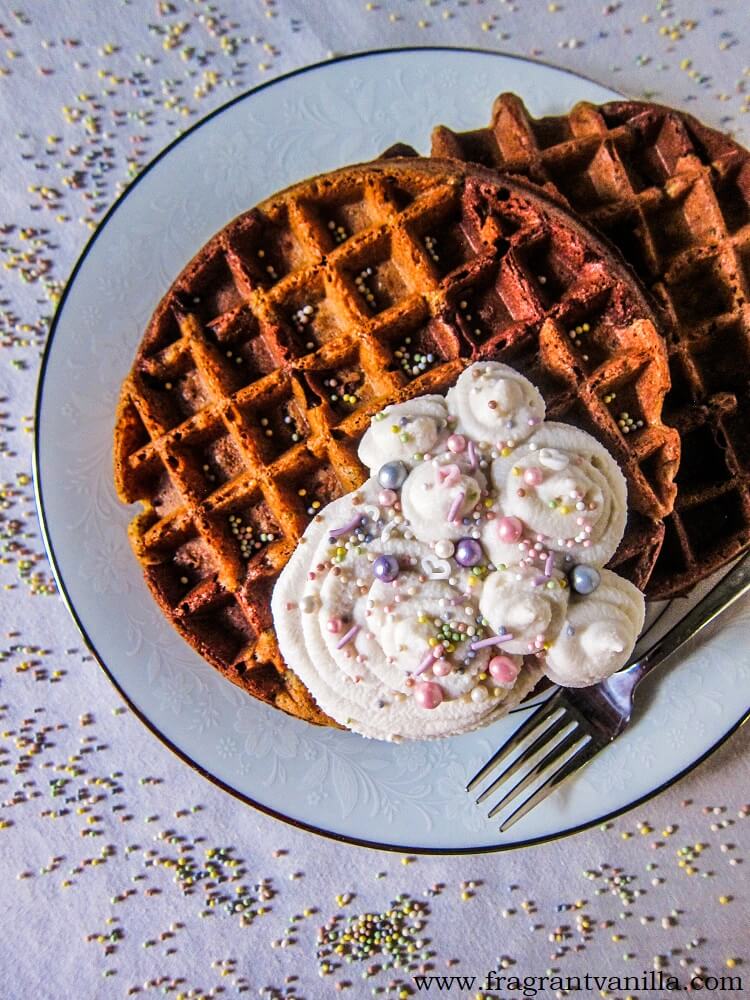 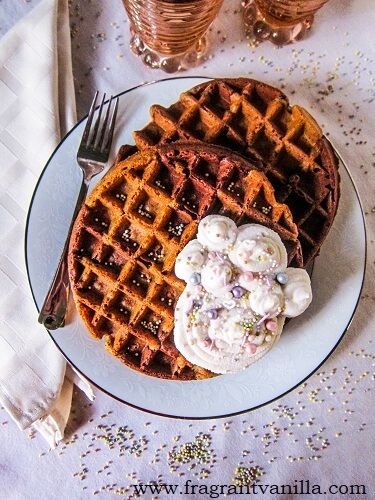 I have recipe fails sometimes.  Like once I made a mac and cheese (before I went vegan, back in college) and it was supposed to be souffle like and baked and it ended up tasting so horrible with a bad texture I just threw it away because I couldn't bear to eat it let alone have it for leftovers.  Or, when I tried to make some raw brownies one time that were lower fat than normal and they just did not taste good or have good texture, so they ended up in the garbage too.  Sometimes I have a really good idea (well what I think is a good idea) and I am certain that it will turn out, but then it just doesn't and I end up wasting ingredients.  I really hate that.  Wasting food, time and money.  Well, luckily it doesn't happen often.  But one of the last times it did, I was making Belgian waffles.  I had used the waffle maker many times, and it had never failed me, but I tried to make some mocha waffles and for some reason they were all sticking to the waffle maker despite it being oiled and ripping instead of staying together.  It was a fail, and I hadn't touched that waffle maker since.  That was a couple of years ago. I have a different smaller waffle maker that I had been using since then instead but they aren't the big Belgian waffles.  Well, I decided that it was about time I try the Belgian waffle maker again, partly because someone requested that I make some, so I had to go for it. 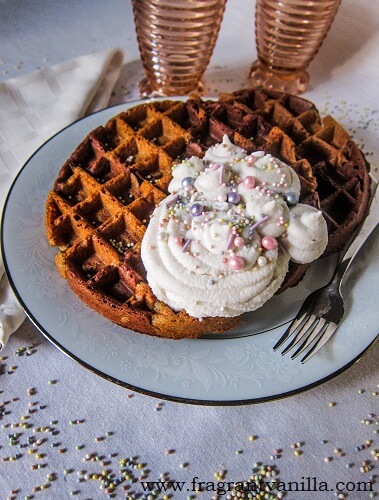 I decided that vegan marble cake waffles sounded good, vanilla waffle batter, and chocolate waffle batter both in the waffles.  It sounded like a good idea, and I crossed my fingers and prayed that they would turn out this time. The batter is really pretty simple compared to the non-vegan waffles I made back in the day that required whipping of egg whites and folding them into the batter.  This is just a whisk and go thing.  They smelled amazing while cooking.  That is part of what I love about waffles.  The delicious aroma that reminds me of sleeping in and having a delicious brunch of a weekend.  Or my Mom making Belgian waffles for dinner, because she did that sometimes when I was little and I loved it!   The first waffle turned out perfect and I was super happy!  The next four were successes too!  So, it wasn't my Belgian waffle maker that was the problem the last time apparently it was my recipe experiment that was too sticky. 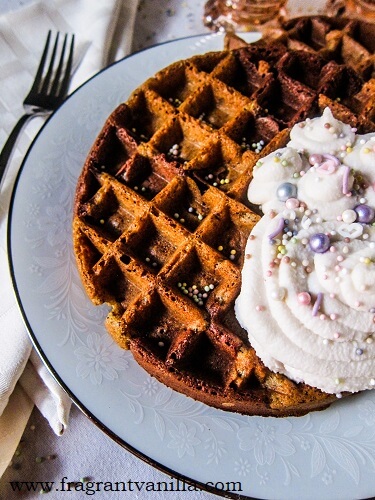 These turned out so good!  I was a marble cake fan growing up because I figured I was getting the best of both worlds with chocolate and vanilla, and these remind me of that so much!  But of course they have the perfect crispy on the outside and soft in the middle texture that Belgian waffles should.  None of that soggy waffle business going on that I can't stand.  I topped them off with some vanilla coconut whipped cream and sprinkles because it seemed appropriate being that they were marble cake waffles, and it was perfect. So the next time you are in a waffle making mood, give these a try! 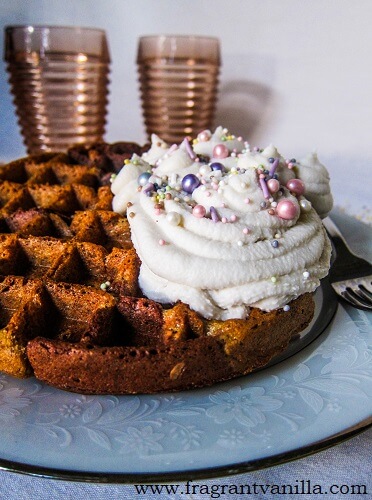 *Aquafaba is chickpea liquid.  You may used canned, or if you are using the liquid from home cooked chickpeas, reduce it to the consistency of egg whites.  Alternatively, you may use 3 flax eggs for the recipe (3 Tbsp ground flax seed, whisked together with 1/2 cup plus 1 Tbsp filtered water).